Here's The Thing About Dieting: It Just Isn't Worth It 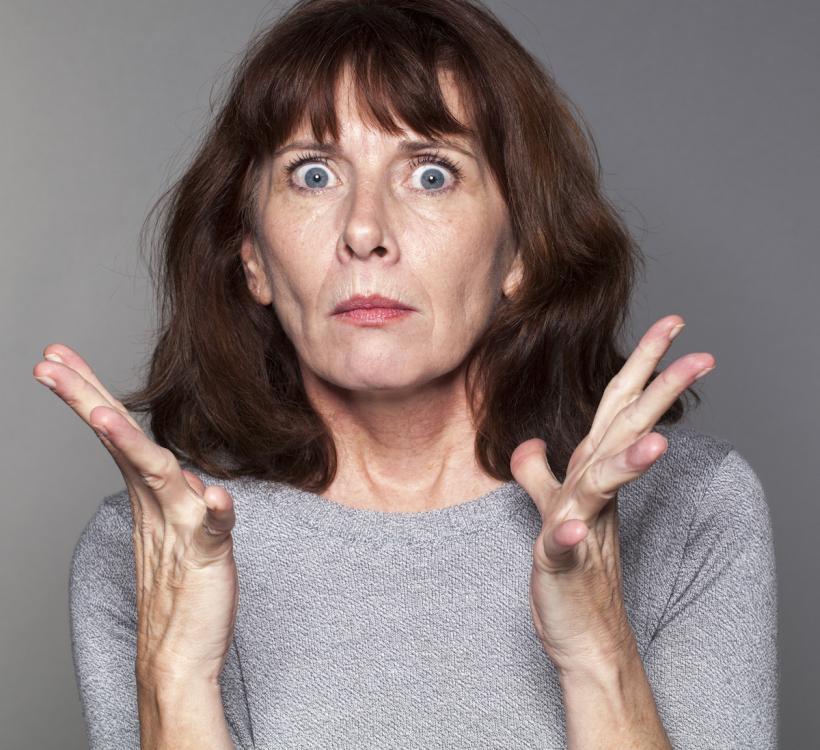 If life is like a box of chocolates, then I’m ready indulge before someone else eats all the double fudge truffles.

When big sacrifices start to equal small rewards, maybe it's time to give up giving up.

I used to be svelte. In fact, I had a smoking hot body well beyond the age of forty and I have the photos to prove it. Now, speeding through my fifties and rounding the corner to the next decade, I’m dangerously close to tipping the scale at mild obesity — even though I believe the height-weight norms are unrealistic.

For the sake of compromise, let’s just say I could stand to lose twenty pounds. That would be the same twenty pounds I’ve been losing, and that have kept finding me, for the past ten years.

Exactly what sacrifice to the gods of eternal youth will see me in a size 8 again before I die?

The question I’m asking myself these days is how much do I have to give up to keep a desirable body image? If forgoing all the foods I once loved to eat; if the hours clocked walking, swimming, and biking isn't doing it for me anymore, what will? Is the mounting effort required worth the ever-decreasing reward I get in return? Exactly what sacrifice to the gods of eternal youth will see me in a size 8 again before I die?

My husband recently gave up drinking soda and lost twenty-five pounds; how is that fair? If I could walk away from just one thing and lose the extra pudge clinging to me from shoulders to knees like a layer of lumpy Play Dough I’d be gone like ghosting. There’s just one glitch: I have nothing left to give up.

Okay, that might be a slight exaggeration, but I no longer drink milk, soda, lemonade, sweet tea, or other sugary, high calorie beverages. I do still enjoy an occasional glass of wine or a mixed drink, but compared to the amount of alcohol I used to put down, I’m practically a teetotaler these days. That would be tea with no sugar, black coffee, or ice water. I’d gladly kick a puppy if it meant I could go back to savoring a cup of Maxwell House International Café Vienna every afternoon without worry about where the extra calories would find a home on my body.

It's not just the cream and sugar in my coffee that I miss. I’ve given the entire dairy lineup the boot — including butter, ice cream and cheese. I was born and raised in Wisconsin; cheese is a staple, eaten every day in every way. Until my metabolism staged this revolt, I ate grilled cheese, mac and cheese, cheesy potatoes, cheese slices on every sandwich (yes, cheese even goes well with peanut butter), aged cheddar on apple pie, Swiss or Gouda with fruit, and the soup that made Wisconsin famous: three cheese with beer.

We have cheese in cans, jars, strings, and curds that squeak when you chew them. We even had cheese spread with the wine already mixed in it! But I’m limited to a little bleu crumbled on my salad or shredded Parmesan on my pasta. That is, when I have pasta, or for that matter potatoes or rice. All starches have also been shunned.

I’m starting to think the only way I’ll ever slim down is to go on a strict bread and water diet. Oh wait, strike that, bread is bad. It has carbohydrates and gluten. If I have a slice of thin-bread toast with breakfast, I certainly can’t have a sandwich for lunch or croutons on my salad with dinner.

All of this deprivation is making me cranky, and cranky doesn't pair well with old.

Before I started watching my diet, I could zip in and out of the grocery store in less than half an hour. Now it takes me 90 minutes to fill my cart. I have to read every label, search for every single evil calorie lurking behind names like sucrose, dextrose, fructose, hydrogenated oil, and other ingredients I can neither spell nor pronounce. I only know they are bad.

I carefully pick over the fresh fruit and vegetables, debating whether organic packs more nutrition per calorie. At home I wash, dry and wrap the produce in paper towels to reduce moisture that degrades the freshness. I am an hour into the process — and that’s not even the cooking. Preparing scratch meals from fresh ingredients is at least another hour spent in the kitchen every day.

I’ve devoted enough time to chasing a body ideal (that becomes more impossible with each passing year) to have written Eat, Pray, Love and The Hunger Games — three times each. I could have learned to play the harp and become fluent in Spanish, French, and Italian. I could have earned a PhD in Nutrition Science.

I may actually have had time to lay on a warm beach and read a book, the way I did when I was younger, and slimmer, and not obsessed with reducing my body to fit into a bikini that I could wear to the beach, if ever I had enough time to go to the beach.

If life is like a box of chocolates, then I’m ready indulge before someone else eats all the double fudge truffles.

And, really, how much longer do I want to subject myself to routine deprivation based on a patriarchal, youth focused ideal? My family is long lived, even though you wouldn’t think so given their typical Midwestern meaty, cream of Campbell’s cuisine. Most of my elders have lived well into their 80s and even late 90s. It’s entirely possible that I have 25 or more years left in me, but let’s face it, I’m never going to look 30, or 40 ,or even 50 again. So who am I trying to impress?

When will it be okay to give up and just eat the donuts and cheesecake already? For the love of God, when can I have a few lousy pieces of crusty old bread topping my salad without feeling guilty?

If life is like a box of chocolates, then I’m ready to indulge before someone else eats all the double fudge truffles. Give me the large Russell Stover's Deluxe with nut and chewy centers. Who cares if five pounds of cheap confectionery ecstasy turns into ten on my already ample ass? I’m made of more than the heft of my parts.

This is the year I plan to have my birthday cake and eat it too—`a la mode, topped off with whipped cream and a cherry no less.

Now that’s an image I can live with.

Not Your Grandmother’s Religion: Why My Parochial Education Was A Big Fail
Judith Liebaert

Here's The Thing About Dieting: It Just Isn't Worth It
Judith Liebaert