It's OK To Be "Just OK" With Your Body 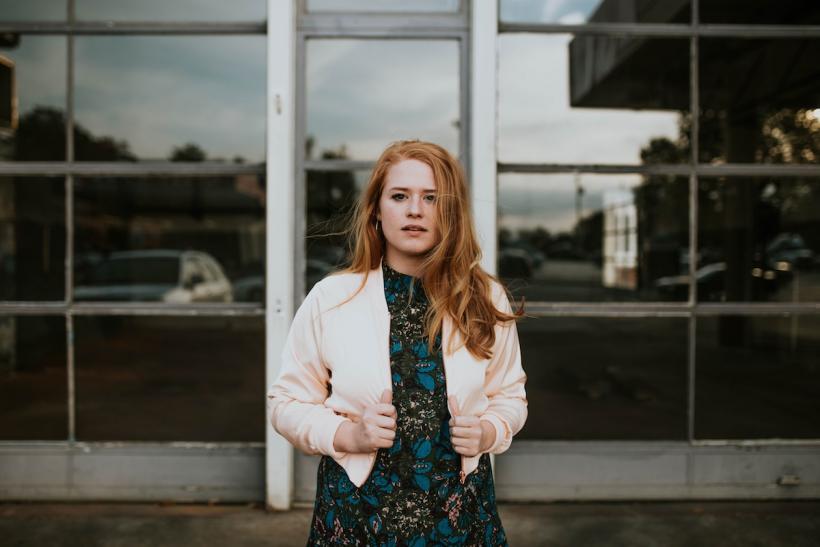 “Get out of my way! Make room!” I find myself repeating over and over again. Somehow, the space around me is not enough.

This is a common problem for women. Men behave as if all space is theirs to own, as it’s the case with manspreading. But whether it’s because of body size, skin color, or other reasons, women don’t seem to be given the space that they need. At least I don’t.

I have dyspraxia, which means that I’m terribly clumsy. Where other people fetch a glass without even paying the action any notice, I have to think consciously about stretching my arm; about calculating the force with which my fingers will encompass the object, or about the way I’ll have to hold it in order not to drop it. Everyone does it, of course. But not everyone does it consciously, the way I do.

Planning and executing every single movement is exhausting.

When other people want to go somewhere, they simply go there. I can never do that. I need to check the venue on Google maps, then have my husband give me directions, then show me the way on Google Streetview. And I’ll most likely still get lost. My spatial orientation is so terrible that I got lost in my neighborhood — not once, but twice.

Planning and executing every single movement is exhausting. People often tell me I should pay more attention. “But I do!” I want to say to them. I have to. If I don’t, I hurt myself because I involuntarily run into something. That’s why I have bruises on my hips and cuts on my fingers.

I get extremely confused when I hear I should love my body. I understand that women’s bodies are often described as ugly, or even disgusting when they don’t fit into the narrowly defined constraints of beauty. We are also supposed to hate our bodies, and we’re not allowed to take pleasure in our physical experiences. So I do understand where the idea of body positivity comes from. I like the idea of redefining beauty, and encouraging women of all sizes, ages, and skin colors to be kind to themselves, and to simply enjoy what they have.

But for me, it’s not working. It’s not that I hate my body. It’s just that because of my condition, I need to focus intensely on what it is doing, at all times: How do I move? Where am I in space? And where are the others in relation to me? To be honest, it’s tiring. I don’t want to concentrate on my body so much.

So I don’t love my body, and that doesn’t bother me in the least.

I wish I could do things mindlessly and automatically like other people seem to do. No more dissecting every step, or always calculating where and how to make the next move. While dyspraxia is rooted in my brain, it’s my body that feels the consequences. And the only solution? Total mind control. Over every movement. At every single moment. And that requires space, and lots of it, because you’re scared of hurting not only yourself, but other people too. If I don’t get that space, I get anxious.

So I don’t love my body, and that doesn’t bother me in the least. Instead, my priority is functionality and safety. I want to be able to rely on my body to get me places. I want it to help me get things done. I want it to be unnoticeable. Unproblematic. I want to forget I even have a body.

It’s not that I’m ignorant of bodily pleasures. But a part of dyspraxia is having sensory issues, which means that I either over- or underreact to stimuli. Following two people who are talking at the same time? Forget it. Loud sounds and big crowds overwhelm me. I can hear a song in a café before other people realize there’s music playing. That, together with my orientation issues, means that I walk around in a constant state of confusion.

I tend to blame everything on my body: “My hands aren’t working today,” I say to my husband. Or, “I just hurt my hip.”

When he asks me how I did it, I just shrug. “Oh, well,” I say. “I was just walking into the room, and somehow I hit the doorframe.” I can rarely explain how it happens. One moment, I’m simply moving through space, and the next I’m crying because I bumped my head.

So please forgive me for not loving my body. I think we focus too much on women’s bodies, no matter if it’s in a negative or positive way. Maybe we should be focusing on women’s greatest strengths — their brains — instead.

Paradoxically, there is a positive side of dyspraxia where my body is concerned: it keeps me safe. I’d never hurt myself on purpose because I deal with pain on a nearly daily basis, even if it’s involuntary. I don’t want to hurt myself, but having dyspraxia means having very poor spatial recognition, so I end up bumping into things even if I pay attention. In fact, because of my sensitive skin, many things are more painful for me than they are for others, and that makes me want to avoid pain even more. My condition also makes more empathetic towards others; if you experience so much pain on a daily basis, you never want others to feel it either. And of course, I always have to be aware of other people around me so that I can avoid bumping into them as well.

I know plenty of women for whom learning to love their bodies was the ultimate life-changing event. And I agree: hating yourself is not very helpful. I certainly don’t hate myself or my body, even though it’s very hard not to feel frustrated towards your body when it smashes into furniture. But I’m just grateful it works. No love, no hate here. It’s a very simple arrangement we have: I treat my body well, and it works to the best of its capacities. That’s all. It’s a marriage of convenience, and I’m OK with that.

If you like this article, please share it! Your clicks keep us alive!
Tags
body image
disability
dyspraxia
health
#DitchTheDiet2017