I'm A Stronger Feminist Because Of My Husband 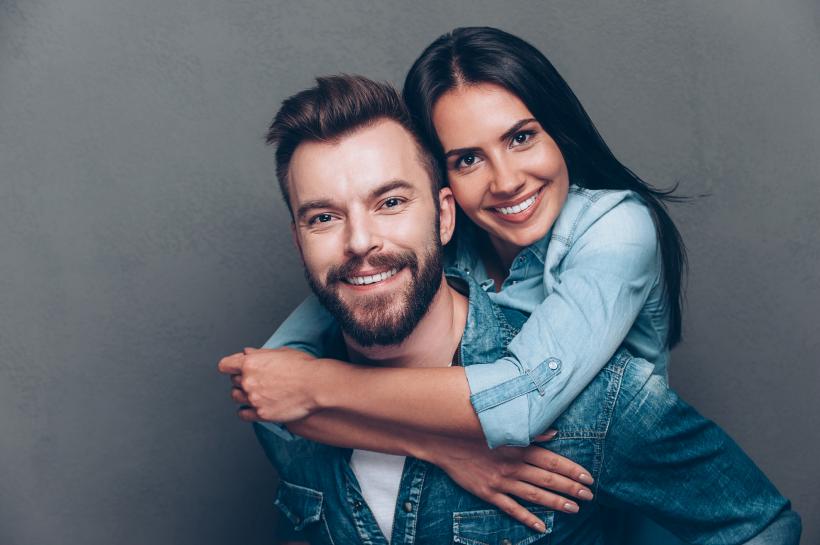 My husband's a feminist, raised by a feminist couple. It's been a gift to me, and to our daughters.

I would never imply that someone needs to be married or heterosexual to be stronger, feminist or otherwise.

My husband just happens to be the person who has taught me the most about gender equality and empowerment.

I grew up in a traditional Southern household where "feminist" was the other "f" word. My husband, on the other hand, was raised by a mom who broke several glass ceilings as a corporate chemist, and a nurturing dad who enjoys sewing and pastels. We met our freshman year of college, and in the seventeen years since, he continues to challenge the engrained stereotypes of my upbringing.

It started on our first date when he asked if I wanted him to buy my movie ticket. Until that moment, I had rarely paid for anything in the presence of a man, and never on a date. I didn’t even have enough cash to cover the price of admission.

“Since I asked you, I’d like to buy it, if that’s okay,” he said. “My ex always insisted she pay for herself.”

“Thank you. That would be nice,” I said, relieved I didn’t have to barter a half-used tube of lipstick, the most valuable thing in my purse. I sat through the previews wondering what kind of woman insisted she pay her own way. Platonic male friends bought me dinner because they considered it polite. I glanced at my date, an out-of-state freshman from New Jersey, and decided manners must be different north of the Mason-Dixon.

The same semester we started dating, I took my first Women’s Studies class and began to see my childhood in an entirely different light. As proud as I am of my heritage, I decided it was time to become loud. I had a voice, I had an opinion, and I was determined to share it.

Now that we're parents to two small girls, I have an even greater appreciation for my in-laws. Being raised in a peer marriage, with non-traditional gender roles, continues to shape my husband, and by extension our marriage, to this day.

I figured at some point, my new boyfriend would push back. He would call me a bitch and put me in my place. Instead, he encouraged me to disagree, to be passionate in my beliefs, even if they differed from his.

Over time, he altered my definition of masculinity as well. When we tripped the circuit breaker in our first apartment, I expected him to fix it.

“Why would I know?” he asked as we rooted blindly in the hall closet for a flashlight. “Do you?”

At the time I was working on a master’s degree with a focus on Women's Studies. I knew I was being a hypocrite, but when things got difficult, I fell back to the assumptions of my childhood. Men fixed things. It was part of being a man. I finally located a flashlight and my cell phone, and as with every other home mishap since, I called my father and handled it myself.

Now that we’re parents to two small girls, I have an even greater appreciation for my in-laws. Being raised in a peer marriage, with non-traditional gender roles, continues to shape my husband, and by extension our marriage, to this day. We’re a team who divides household and childcare tasks based on our skill sets and preferences, rather than preconceived ideas of masculinity and femininity. I fix the garbage disposal. He cleans the toilet. Apart from breastfeeding, “women’s work” doesn’t exist in our household. I know my daughters are better for it.

I’m proud of the feminist I have become, but I doubt I’d have gotten where I am today without my husband. More than anyone, my partner has encouraged me to be more vocal in my advocacy and made me aware when I slip into the habits of my upbringing. In the past year alone, he called me out for slut-shaming a news reporter, and the future first lady.  (I admit, I’m still a work in progress.)

Our children will be raised with frank conversations about gender inequality, rape culture, and reproductive rights. They will know how to reset a damn circuit breaker.

They will go on dates with enough money to pay their own way if they choose. With any luck, they will be polite and direct.

So to all the feminist moms and dads out there, thank you. My family is proof positive that raising boys to be feminist adults lifts women — lifts families — for generations.

If you like this article, please share it! Your clicks keep us alive!
Tags
feminist parenting
feminist men
married to a feminist
raising feminists 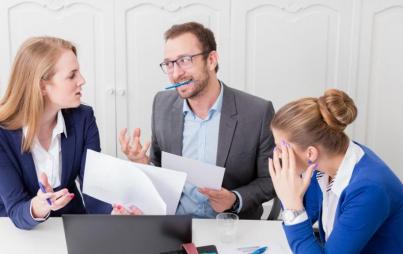 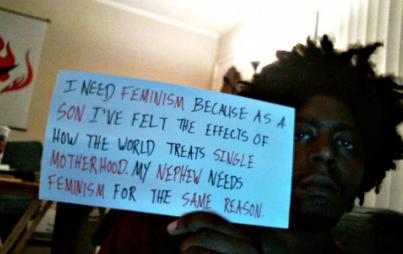