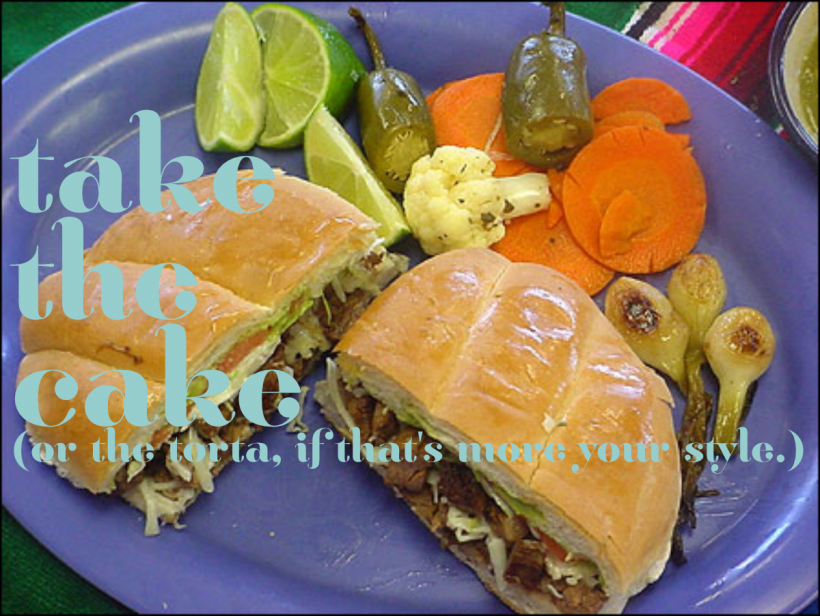 For the past two weeks, I’ve met up with my friend Caya in the Mission for acupuncture and pupusas/pizza/both. #HighlyRecommend

Acupuncture can be hard for people who are overly analytical (me), at times restless (me), and mildly freaked out by needles (me).

But this place offers a two-people-for-$25 special in January, and neither Caya nor I can really pass up a deal like that.

We spent hours processing about things like whether to show birthing videos to teens or if that just ended up being a cheap old scare tactic. One time we went on a retreat into the woods with a dude who also worked at the same non-profit and who had an almost terrifying zeal for nature. After he lied to us about what kayaking actually entails and how hard it is, and then drove us and eight teenage girls into the forest, I found myself strapped into the biggest wet suit he had, on the verge of tears at the bank of a loud river.

“It’s okay to be a wimp sometimes, Virgie,” I kept repeating to myself. It is so hard to set boundaries when faced with a kind-hearted and persistent proselytizer of physical exertion. I know for people like him there is nothing like almost dying recreationally. It’s just not my personal thing. I ended up staying on the shore, but I seem to recall Caya saying the voyage was “pretty okay.” I felt literally no FOMO. After all the girls (and Nature Dude) had gone to bed, we stayed up for hours outside our tents telling each other secrets and stories under the moon.

During this week’s acupuncture sesh, I was lying back, covered in needles, trying to keep my coughing to a polite minimum (still getting over a cold), and attempting to release thoughts that weren’t facilitating relaxation. I tried to reach into my purse for a cough drop about 10 minutes into it, without disturbing any of the needles, but ended up straining enough that one popped right out of my third eye and landed on my boob. I decided neither to panic nor to attempt to stick it back in with some codependent hope that my acupuncturist wouldn’t know I had failed at being a good patient.

During an amazing acupuncture session, you feel this incredible energy swirling all around inside you. It’s sometimes so intense that it feels like my body is caught inside a wave. The needle points feel like little release valves that open up usually hidden parts of me to the outside world. This was not that session, but I still managed to push out unwanted thoughts and do some deep breathing.

After an hour, we were de-pinned and ended up walking down the street to La Torta Gorda — loosely translated as “The Fat Tart,” or in this case, more like “The Fat Sandwich.” So apt, and yet we didn’t even plan this visit.

This is just the kind of magical shit that happens when two fat babes get together. It’s like our hunger creates tiny miracles everywhere we go.

There were like a million tortas on the menu (including one that was rated #2 in America for Best Sandwich by the Food Network in 2015), but I knew my soul torta when I saw her: carne asada, Oaxacan cheese, black beans, avocado and nopales with smokey chipotle sauce. My grandmother used to make scrambled eggs with vinegary chile and grilled cactus sometimes. The texture of cooked cactus is like a cross between okra and the leaf of an aloe vera plant, maintaining its unique verdant flavor even among spicy and smoky ingredients.

We sat and talked, gossiped about people we found mutually suspicious, shared the realizations we’ve had since the week before. I tell her that I have discovered that I am terribly un-boundaried and need to work on not telling strangers so much about myself in hopes that they can substitute for the fractured relationship I have with my mother. She looks at me like she’s known this about me since we met almost a decade ago now. I feel sheepish, and yet this is Caya. There’s no judgment here. We go seamlessly from eating handfuls of chips to sharing deeply personal things. And I realize: this is it. This is everything:

If you like this article, please share it! Your clicks keep us alive!
Tags
take the cake
Body Positive
fat positive
Oaxacan cheese
Friendship