Learning How To Forgive Will Set You Free 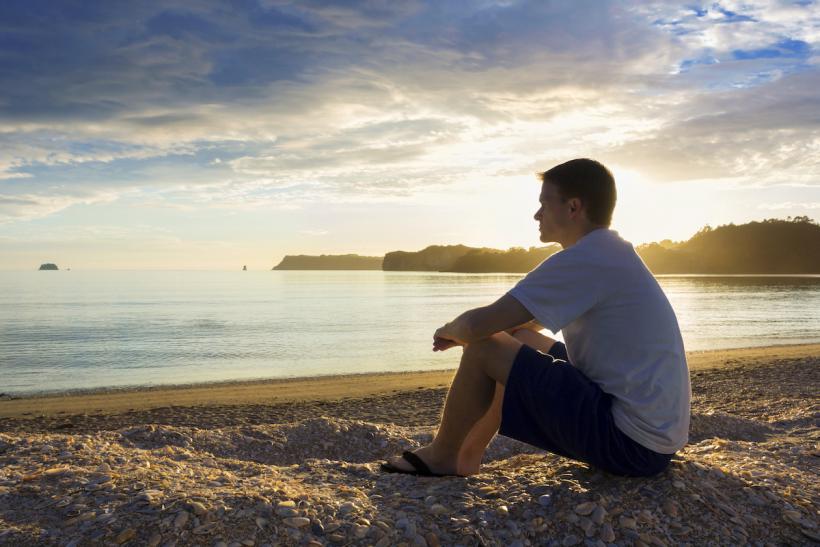 If I can forgive other people then I definitely deserve to forgive myself.

From middle school forward I was picked on a great deal because I had difficulty socializing due to a cognitive impairment and social anxiety. When I joined a fraternity in college I experienced pledging which may have been what triggered schizophrenia for me. During this first episode of schizophrenia the people around me were extremely negative and harsh and none of them tried to help me. People I had grown up with who I thought were my friends took advantage of me and swindled thousands of dollars from me in gambling. After my second episode I found myself alone because friends I had known my entire life felt it was no longer easy to spend time with me and they weren’t willing to make the effort to do so.

Following all this trouble I had a lot of resentment and I harbored many negative emotions because it was difficult for me to forgive these people. I had been put down, put into episodes, and left isolated through no fault of my own and I struggled to find peace.

My first step to forgiveness was finding a reason to forgive.

I initially felt no need to let go of these negative emotions, but my doctor informed me that doing so would be beneficial. Forgiveness would allow me to cut the chains holding on to the negative emotions that were burdening me. I also realized that while this negativity coursed through me the people who had angered me were not experiencing any of it; holding these emotions isn’t burdening them in the slightest bit. So holding a grudge against people was only a burden to myself instead of retribution or a form of justice. I read some useful words stating “understand, don’t judge” (Hemingway) so I asked myself how I might understand these people.

I concluded the best way to understand someone is to empathize.

I realized everyone has difficulty growing up and we all have issues that burden and hamper us that we have to work through. These issues tend to effect the way people think and the way they treat others because they are feeling burdened and looking for ways to vent. The people who gave me trouble had their own issues they needed to work on the same way I worked on issues from my past. Hindsight truly is 20/20 but our vision is sometimes blurred while we’re in the moment. I remembered the way I used to think at age 20. The clarity I am capable of thinking with now was non-existent in the past and the same holds true for the people who treated me poorly. I can remember how difficult it sometimes was to make good decisions and I think everyone who is being honest about growing up can relate. The people who treated me poorly were definitely in the same boat; knowing this makes it easy to forgive them for the way they treated me.

What also helped me let go of my anger toward these people was learning how to avoid putting myself in the same situations.

Once I knew I’d never join another fraternity or lose tons of money gambling it put me at ease. Knowing I am safe from a recurrence of the past allowed me to let go of the negative emotions towards these people. They might, or they might not, act the same way in these situations and I can’t necessarily trust them, but I don’t have to be angry anymore. I understand they had to be damaged in some way to treat someone else so poorly. The lack of character they showed in those situations reveals a weakness on their part and not on mine. I didn’t deserve the things they did to me even though they wanted me to believe that I did. Anyone who wrongs someone else wants them to believe they deserved it because if they didn’t, then the perpetrator would be at fault. He would be forced to blame himself. That is extremely difficult for many people to do. This helped me truly realize I was not deserving of their actions which in turn helped to pacify my anger.

Being able to forgive others helped me forgive myself for all the mistakes I had made in my life that I figured may or may not have caused all the trouble I had gone through. I have tended to treat myself the way I treat others and I realized if I can forgive other people then I definitely deserve to forgive myself.

Each time we cross paths I still remind myself who these people were just to keep a safeguard.

However, I give myself an honest assessment of them and leave room for them to prove me wrong. Overall, I have tended to assess people by the sum of their actions but I’ve realized we’ve all screwed up while growing up and it’s who we become in our later years that truly matters. No one can change the past however, we can all try to be good people going forward. Some people are put in awful situations at the start of their lives and it’s how they work out of this misfortune that truly counts. Sometimes the way someone has acted in later years is a far better assessment of who they are and what to expect from them.

There are people from my past who have remained exactly the same and until they do I’ll just keep moving forward. However, after giving many a second chance I have reunited with some friends with whom I had been at odds for years. They had grown up and learned the same life lessons I had. Now we hang out regularly and get along really well. Sometimes, “the best way to destroy an enemy is to make a friend” (Abraham Lincoln).

If you like this article, please share it! Your clicks keep us alive!
Tags
forgiveness
mental health
forgive
Healing
schizophrenia

Learning How To Forgive Will Set You Free
Steve Colori