How To Be There For Someone With A Mental Illness 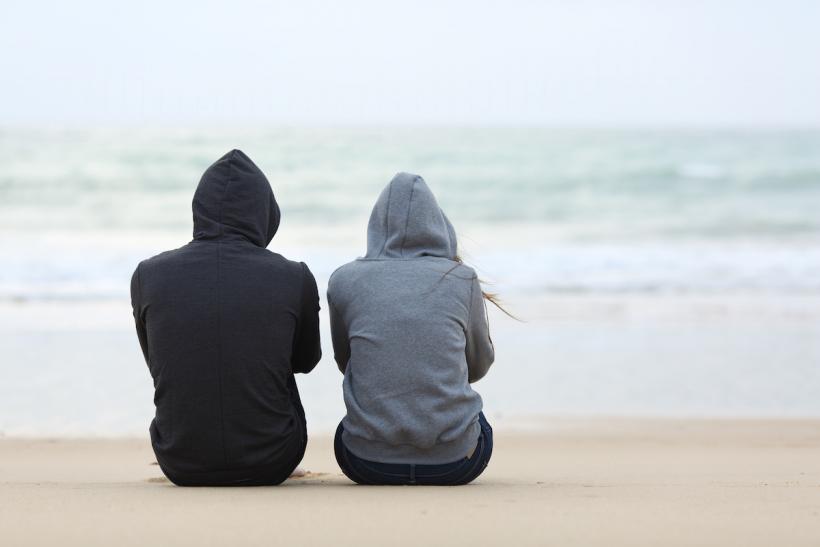 Having others have faith in me was the catalyst for my recovery in the early stages.

After my second episode of schizoaffective disorder, I had very little hope for any sort of future.

I was living in my parent's basement, I had lost contact with all my friends, and I didn’t have much faith in my ability to create a worthwhile life. I had experienced five years of schizophrenia and bipolar disorder which had left me with psychosis, neurosis, a great deal of social anxiety, and many other schizophrenia and bipolar symptoms. My life wasn’t too difficult at the time because I didn’t have a job or very many responsibilities, therefore, I decided I would at least make a small effort to continue living.

There were times I had suicidal thoughts because I couldn’t see any possible change or end to the predicament I was in. I meandered along for about a year running on the hope and faith that my parents had been providing for me. Developing motivation was difficult but the fact that my parents had faith in me gave me just enough fuel to continue on. It wasn’t much, and most of the time I figured it was just my parents saying the types of things parents are supposed to say, but at least it was enough.

Eventually, I caught a bit of luck and changed doctors to someone who was far more adept than anyone I had previously seen. Throughout my recovery when I have been tenacious and continually persisted, I have eventually caught breaks or made breakthroughs that have helped me overcome the problem I’ve been facing. This doctor who still is my doctor had a great deal of faith in my ability to improve and overcome the illness.

The fact that someone outside of my family who I had never met in my life had faith that I would one day recover helped me generate hope for myself.

Generating hope when times were bleak was the most vital part of my recovery because it motivated me to work hard in therapy to improve my life.

Along the way I’ve faced many trials and tribulations and I’ve taken my share of losses and gains. Every so often my hope and faith to resolve issues have wavered and I’ve been forced to search for and find ways of developing hope and faith. Although I’ve overcome a great deal of adversity, there have still been times where I’m faced with problems I’m uncertain of how to address and figure out. During these times I’ve used positive self-talk to weather the storm until I can regroup at a later time to address the issues I need to. I also have some coping strategies where I try to take my mind off the problems hampering me and focus outwards using mindfulness to keep myself grounded in the moment. I’ll work on the issue for short periods of time taking it apart in small pieces, then revert back to mindfulness to remove myself from it and periodically alleviate its burdens.

Most importantly, I usually reflect upon my past successes to create hope. I’ve had a great deal of success in overcoming adversity and when I feel I’m facing a demon that is too much to handle, I have looked back on the way I’ve addressed previous issues. I think self-reflection has been one of my greatest learning tools because it’s informed me of what has worked and what hasn’t worked when facing prior issues, and this has given me a great deal of tools and resources that I’ve used going forward to resolve more current issues.

However, at the outset of therapy, I didn’t have much success to reflect upon. This was a time where reflecting upon small successes was essential. Most of my issues revolved around socialization, so in these instances I looked at small instances where I had done well at socializing. Although I was fairly negative in the early-going, my doctor was very positive and another thing was that he had high expectations, an abundance of positive energy, and a great deal of resolve for my recovery when I did not. My parents also constantly reiterated positivity. This was another instance where having other people holding onto positive emotions for me when I could not was extremely important for my progress and well-being. If I was left to myself to generate positivity I don’t think I would have progressed very far. However, with the help of others I was able to reflect upon my small successes and generate more success because others had faith in me when I did not.

These seemingly small but extremely important concepts of others holding hope, positive emotions, and resolve for me when I could not was critical in my recovery.

Their hope helped me develop hope; their positivity became contagious, and I developed a great deal of resolve after working with a doctor who knew nothing other than issue resolution. Having others have faith in me was the catalyst for my recovery in the early stages, and it has helped me throughout my journey. With their help, I was able to completely change my life from a bleak point with suicidal thoughts, depression, psychotic symptoms, hallucinations, referential thinking, and a slew of other symptoms to a full life where I have all the things anyone without a mental illness could want out of life.

If you like this article, please share it! Your clicks keep us alive!
Tags
mental illness
mental health
schizoaffective disorder
living with mental health issues

Learning How To Forgive Will Set You Free
Steve Colori