Take The Cake: I Like Being An Unwed Mother Of Zero Children 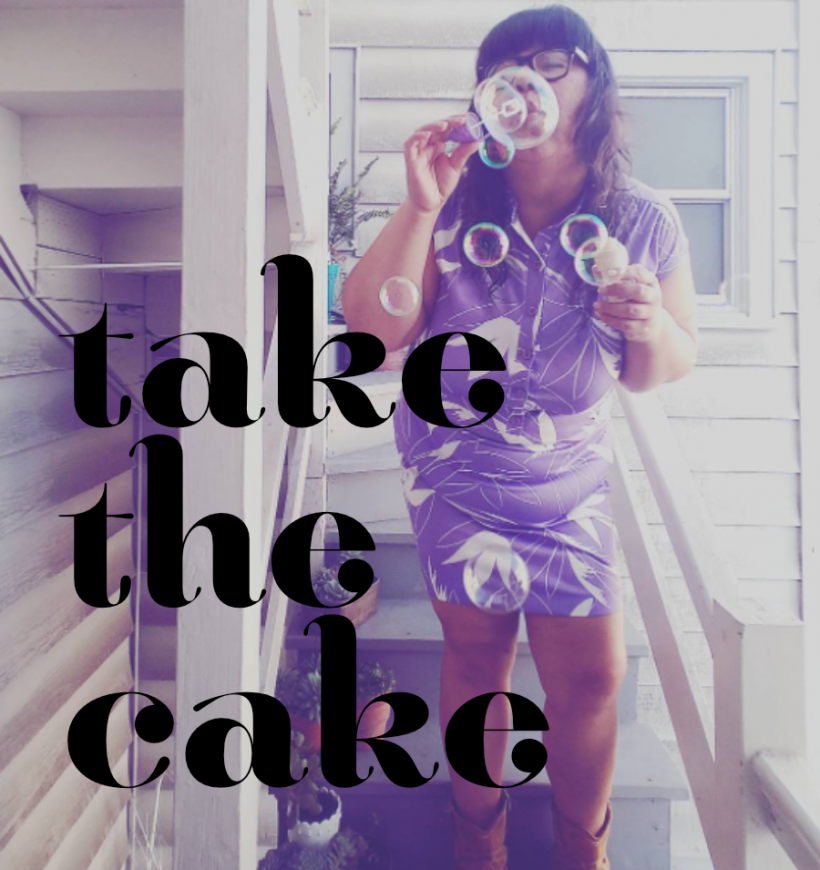 "Why was it so hard for me to see my own desire?"

I made the realization as I was getting ready this morning.

I took a shower, stood in front of my closet looking at dresses and tank tops, shorts, skirts, blazers and funny hats, trying to put together an outfit that would best convey to the whole planet exactly how I was feeling: excited, hopeful, and totally full of the joy you get after you’ve had a cold for a week and this is the morning after the first night you’ve slept without being awakened every seven minutes by snot drooling out of your face or violent coughing.

I was getting ready to have breakfast with a new friend and artist I really admire named Amaryllis. We were going to try this diner called Eddie's Cafe on Divisadero. I had been looking at the pictures on Google of stacks of pancakes and crispy bacon frozen into salty crunchy fingers that beckoned me. I was dreaming of putting cream into an off-white mug of coffee while I let butter melt between Pancake 1 and Pancake 3.

I walked into my bedroom to figure out which of my 50 gaudy, ridiculous necklaces would go best with the low-cut geometrically patterned dress I had chosen for breakfast. I found a beautiful choker I bought at a market in Vienna last summer. It is thick and leather, coffee brown, and in the center there's a tiny portrait of a child in a hat. As much as I loved it when I saw it, I realized today when I was holding it that I was ready to let it go, but I decided to keep it rather than put it into the bag of stuff that I donate to Goodwill.

I thought, “Maybe someday I will meet someone I can give this to.”

Honestly, I was thinking about someone younger than me, maybe someone else’s child, possibly even my own. An heirloom with a beautiful story of world travel attached. And then I realized in that moment something that I hadn't really recognized before: as much as I love the idea of family, I actually like not being married, and I actually like not being a mother right now.

In our culture, we have a certain number of scripts for women. One script that you probably know really well is that of “the woman who can't find love and is unhappily unwed.” And I identify with that script in lots of ways... but in other ways, it feels really off.

In retrospect, all the evidence was there and I don't know exactly how I missed it. Interestingly, I can’t say I love being single, but I can say I love not being married.

I really like having my own ritual, my own space, my own time. I like not being part of a state-recognized union. And yet, some part of me had accepted that not being married was a sign that I was broken — either unable to love, or undesirable.

Why was it so hard for me to see my own desire?

I think part of the reason is that there is no clear place for a woman like me in our culture — a woman who loves dating, sex, intimacy, closeness, and babies but also loves not being a wife or a mother.

It reminded me of something I learned about in college — “script theory.” The theory states that "human behavior largely falls into patterns called "scripts" because they function analogously to the way a written script does, by providing a program for action" (per Wikipedia). In our culture, we have a certain number of scripts for women. One script that you probably know really well is that of “the woman who can't find love and is unhappily unwed.” And I identify with that script in lots of ways... but in other ways, it feels really off.

I am someone who is often looking for connection. I love sex. I hate how hard it is to get close to people I’m sleeping with. I love the way it feels when you meet someone and there's a combination of sexual attraction and intellectual chemistry. I love the way that it feels to flirt with a stranger. I love imagining the intensity that romance can offer me. The problem I find with the script is that it doesn't leave much room for autonomy or complexity.

Our culture is really committed to seeing women who are unmarried as failures. Further, our culture is committed to constructing marriage and parenthood as the only paths to humanity and fulfillment for women. Pretty convenient, I think, since parenthood and marriage are probably the most powerful entities when it comes to bolstering the nation state.

Scripts are convenient because they prescribe desire — no need to think for yourself, here’s a metaphorical production that’s already been written for you. The trouble is that for many of us, what we want the most doesn’t fit on the page.

When you don't have the language to understand your experience, you have no way to articulate a desire, because language is how we understand who we are.

And historically, women have been denied access to the language we need to understand the complexity of our lives and our desires.

The truth is that there is a difference between a person who deeply wants love and a person who wants marriage. They are not one in the same. The desire to help raise someone or be part of taking care of another life is not the same as the desire to be pregnant or to be a mother. It’s the script that tells us that these false equivalencies are obviously true, when they’re actually really not.

Sometimes when your life doesn't fit the script, and you’re scared that you’re a weirdo who can’t do anything right, you start trying to make your story fit into the neat box that feels closest to your own story. You believe what the story says about you and you get caught up in trying to fix something that isn’t broken. But the truth is, you can write your own story, with tons of complexity, that doesn’t fit neatly into any one box.

We can divest and have the confidence to say: “Fuck the script.”

If you like this article, please share it! Your clicks keep us alive!
Tags
take the cake
Virgie Tovar
marriage
wedding
Kids
parenthood
mother