The #OCDame: How To Change The World When You're Too Sick To Leave The House 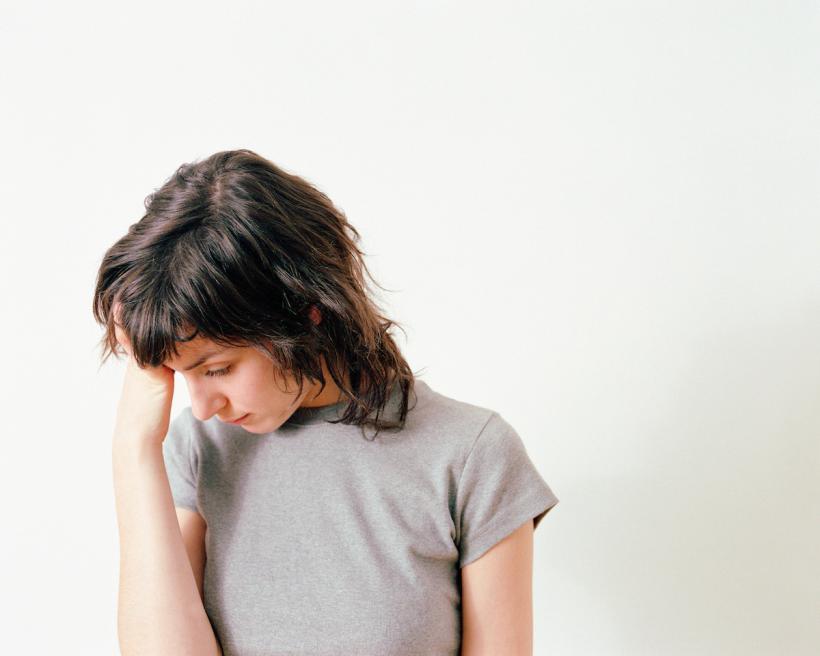 Do you know how hard it was to find a picture for this that was not a blonde lady in full makeup staring pensively out a window?

This isn’t a secret, but it sometimes feels like one: I have never been to a protest before.

It’s not for lack of wanting — it’s not for lack of trying, either. I woke up the morning of the Women’s March with every intent to attend the one happening locally. I coordinated with friends and streamed the DC March as I worked, taking breaks to expertly craft a handful of quippy signs. I felt fired up and ready to go.

And then I couldn’t.

I felt my body fill with the heavy frenzy of a panic attack. My stomach dropped and roiled, and I struggled to focus on my laptop. I knew that I wouldn’t be able to go, and I was instantly filled with buckets and buckets of shame. I lied to my friends and said I was swamped with work, too embarrassed to tell them what was really happening. I felt so guilty.

I shouldn’t have felt so guilty.

Showing up to occupy physical space isn’t the only way to care about the world, so why do we seem to think it is? The concept of “showing up” is so important that it is typically used as a sort of idiom for “doing the work” in general.

Effecting change from home isn't just possible, it is an essential part of political resistance.

The problem with that, of course, is that not everyone can show up all of the time. Though the urgency of this call to action is absolutely warranted, it has also fostered a culture within activism that sees a superior morality in physical presence and labor. Hence the aforementioned guilt.

This all makes it hard for folks stuck in their house — for whatever reason, but especially due to illness or disability — to feel like there's even a place for them in the resistance to begin with, let alone options for them to take action. But there are! Effecting change from home isn't just possible, it is an essential part of political resistance.

Here are some of my favorite ways to take action when I'm not well enough to leave the house. You might already be doing them! There are as many ways to change the world as there are people willing to change it, so be sure to share any of your own ideas with us as well.

Phone calls can be scary, but I've found that the sense of accomplishment I feel after white-knuckling my way to a receptionist is well worth the phone call. This is also a pretty effective remedy for persistent hopelessness. I've spent way too many post-election days staring at my Twitter feed and feeling like there is absolutely nothing I could ever do to help. Then I called John McCain's office and asked him to pretty please oppose Steve Bannon placing so much as one unshaved whisker on our national security efforts. If you're unsure of where to start, this is a really helpful guide for folks who struggle with making phone calls. You got this!

Words can and do change the world. Put some in your brain! Books are great, but there is also a wealth of online syllabi and link round-ups specially curated to arm you with the knowledge you need to be a an informed and engaged citizen of the world. Here is that famous Trump 101 syllabus, and here is its even more famous follow-up from Public Books.

Looking for something that leans a little less to the left? Check out Reason's frequent book recommendations, which are always pretty great. A few of the more issue-based resources that I'd recommend are the Standing Rock Syllabus, Learning From Ferguson And Beyond, and Rookie Magazine's Life Syllabus series. Go forth, and feed your brain with lives and perspectives that reach beyond your own!

The internet can suck pretty hard, but it also gives anyone with a connection an instant platform to publish their thoughts. Take advantage of that and write, vlog, or even Snapchat what's on your mind. Write an article like this for other folks who can't join in on conventional activist efforts, or set up an online shop and donate the proceeds to your organization or charity of choice (the ACLU is a great place, for starters). Help moderate a political Facebook group, or start a Twitter account dedicated to an issue you're passionate about... the opportunities are truly endless. Take to those binary streets and raise some hell.

Go find what works for you and do that.

I could keep going, but I think that's probably enough for now. What I really hope you'll take from this is that there really is nothing wrong with not going to a protest. Protests are not the end all, be all of activism. They work, but only because there are myriad other moving parts working at the same time to ensure that shit gets done. There are even people arguing about those moving parts, since we can’t seem to find an instruction manual anywhere. All of these things are necessary. All of these things are “showing up.”

Go find what works for you and do that. Guilt is just there to get in your way and stop you from doing the work. Because if you’re the type of person who worries about doing enough of the work, chances are, you’re doing more than you recognize. You’re sticking around and prioritizing yourself, and that is a tiny revolution all your own.