My IUD Made Me Crazy, So I Pulled It Out Myself 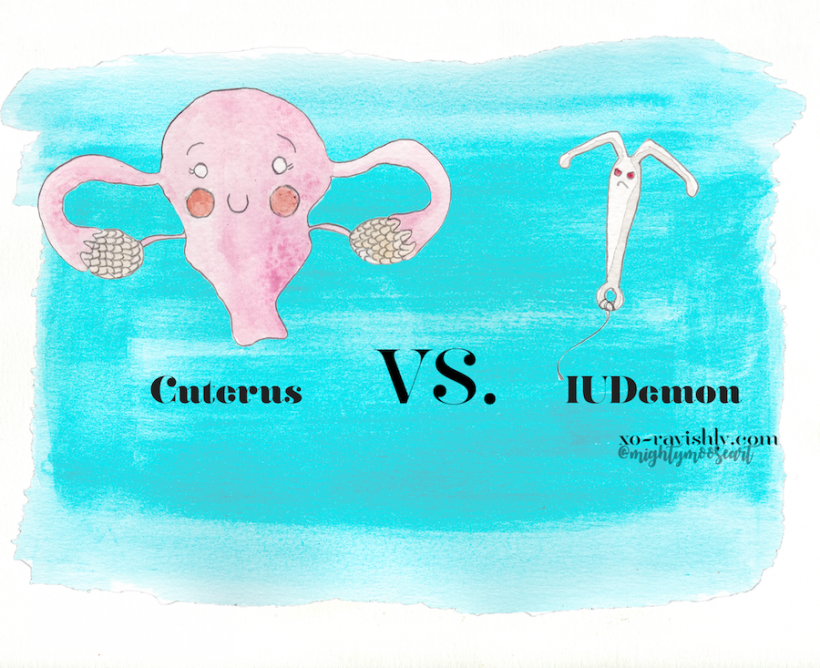 "I eventually wrap it around my index finger, count to three, and pull."

“It’s so easy,” she says. “A little pinch and some cramping and you won’t have to think about birth control for like 7 YEARS.”

I’m laying on my midwife’s examination table, staring straight ahead at her flourescent lit, asbestos-y looking ceiling. My bare feet are in her fluffy blue stirrups and my bare ass is hanging off the edge of the table, crinkling the waxy paper underneath every time I wiggle (“scoot down just a tad more”). I am completely naked but for a piece of literal paper.

I’ve recently given birth to my sixth child. The midwife between my legs is the same one who had her hands in me three months ago, trying to wiggle his enormous head into position. His birth either almost killed me or made me want to die — one of those.

I’ve had one pregnancy scare since Maxwell Rocket (that is his real middle name) shot into this world after 40 zillion hours of labor. One scare is enough. My husband will eventually have a vasectomy. But not today, which is why I’m laying spread-eagle on freezing paper table.

Sure enough, a pinch and some cramps, and she’s done shoving a Mirena IUD through my cervix and into the vast expanse that is my uterus after six humans have grown in it. This tiny plastic device is meant to keep me from making another child for at least five years — up to seven even, as it’s been testing as such.

It all seems like a dream. I’ll never forget another pill. I’ll (probably hopefully) never have to take another pregnancy test. I’ll never have to do anything but check for the strings hanging through my cervix once a month, to make sure it hasn’t migrated into my abdominal cavity (not actually possible).

My midwife has explained the “risks” of using Mirena: sometimes a drop in milk supply, sometimes headaches. Sometimes it might accidently migrate and IMPLANT INTO THE UTERINE WALL, but probably not.

I go home with my IUD and my cramps, ready to get it on without worrying about more tiny tyrants being created in a moment of unbridled passion.

Within a couple of weeks, I begin feeling unusually anxious and grouchy. I’m already medicated for postpartum depression, but this is something more; I’m mindful of this change in mood. I’m mindful of my pre-existing psychiatric disorder. I’m thinking, what in the HELL is going on?

Are the mood changes even real? Mental illness has a way of exaggerating everything.

I check the Mirena website for possible interactions, side effects, contraindications and I’m disappointed to find that no evidence of anxiety or depression are mentioned — perhaps I am actually even crazier that I thought.

"I’m not a scientist, I’m just a regular lady with a uterus and an overwhelming lability of emotion."

The thing about clinical trials is, at a certain point, things aren’t required to be reported as a known side effect. Stick a Mirena into 10,000 women and see how many of them report X or Y symptom post-insertion. There is no mention, not even a tiny asterisked blurb, on the Mirena site about these psychological symptoms.

My own version of clinical trial involves only Google, which is neither scientific nor verifiable.

I find that I’m not alone.

I find that in some places, New Zealand for example, clinical trials mention the shitstorm of side effects I am experiencing. Can I prove this? I’m not a scientist, I’m just a regular lady with a uterus and an overwhelming lability of emotion.

Mirena also makes my period disappear — which is welcome, but makes me think I am perpetually pregnant. I gain 10 pounds — which is annoying and limits my wardrobe to three pairs of yoga pants and a dress that makes me look pregnant. But all of that is irrelevant in the face of my actual, palpable insanity.

I become enraged over something as simple as a book on the wrong shelf (which in all fairness might be at least in part due to OCD). I cry hysterically over something as simple as a YouTube video of a puppy playing with a kitten. The patience I have for my children is exhausted by 7:30 AM. My libido has tanked. At this point, the only thing this stupid IUDemon has going for it is the amenorrhea — which is NOT enough.

Maybe it's the insanity that is making me think that the insanity is no big deal. Every time I feel my mood begin to swing, I panic. This, as you can imagine, only further complicates the situation.

My husband says nothing, either because he has convinced himself that my irrationality is normal, or because he's terrified that I'm going to figuratively (or possibly literally) rip his head off.

I can't remember if we were in the process of scheduling his vasectomy, or if the date had been confirmed, or if we had even discussed it at all; what I do know is this is not working, and by not working I mean a complete disaster.

It needs to come out, and soon — possibly right now.

It's not that I hate going to the doctor, I really love my midwife. But I am fat and I don't want to hear about it. Also I have two tiny children and three teenagers, if I had time to go to the midwife I would definitely get a massage instead.

Matt and I are laying in bed one night when I tell him, "I really think Mirena is making me crazy.” He's a man, and a good one; he probably doesn't understand what exactly that means, or again, he's terrified. But he tells me to have it removed.

And in true manic Joni fashion, I decide I'm not going to wait. I'm not going to wait to make an appointment at the midwife for six weeks from now, which will undoubtedly be her first opening because everybody in the universe is pregnant right now and they all live within a 20 mile radius of her office.

I had an almost 11 pound baby in my kitchen. Taking out an IUD couldn't possibly be harder than that.

Our bathroom is one of those bizarrely designed attached-to-your-bedroom situations. So if you're taking a shower, pretty much anyone in the house could walk in and see you taking a shower — which is not great for a teenager just trying to get a towel from the linen closet.

Like a bandaid, I whisper to myself — and I reach in.

The toilet itself is situated in a tiny room with a door that, mercifully, has a lock — not that I'm going to need it because it's literally midnight and I am literally insane.

I am naked and squatting on a tiny blue rug in front of the toilet — which I notice needs a thorough cleaning — and thinking, is this going to hurt? This is probably going to hurt.

Like a bandaid, I whisper to myself — and I reach in. I haven’t actually ever checked to see if the strings were there like I’m apparently supposed to monthly — but they are, in fact, there. They are not easily reachable, but I can feel them poking me like fishing line. In case you are wondering, it’s hard to grab fishing line.

I eventually wrap it around my index finger, count to three, and pull.

What do you know, out it pops — right back into it’s tiny terrible “T” — and right into the trash I pop it.

I give the toilet a quick scrub (no time like midnight), turn off the light, and turn on another light by the sink. I wash my hands with the goat’s milk soap I bought on Etsy during my most recent hypomanic spending spree and head to bed.

Matt looks at me, but he doesn’t say anything. I assume that he assumes the deed is done. My libido hasn’t repaired itself immediately, but it resurrects itself in celebration and we get it on.

Thankfully, that “getting it on” doesn’t result in a baby. Thankfully in a month or so, I’m feeling normal. By “normal” I mean crazy, but only my regular crazy, not the Mirena induced insanity. I’ll take it, and some psych meds.

If you like this article, please share it! Your clicks keep us alive!
Tags
IUD
birth control
mental illness
OCD
bipolar disorder 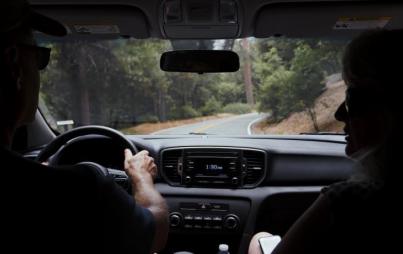 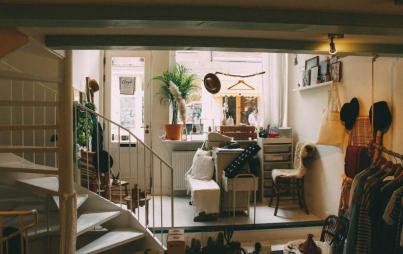 On Tidying Up And Mental Illness