Cause For Divorce: Smartphones Aren't Ruining Your Marriage 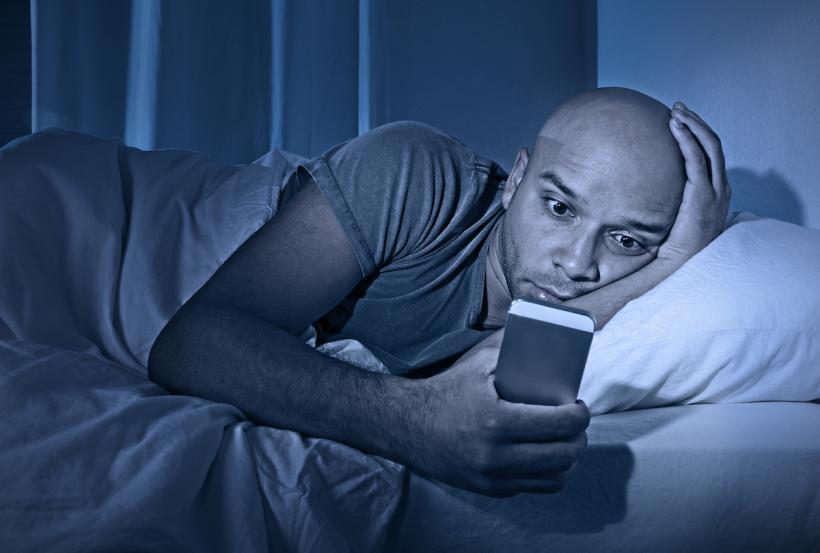 This article originally appeared on Mamamia and has been republished with permisison.

I remember getting my first smartphone a few years ago. My new toy took all of my attention, similar (but not the same as) each time I had a new baby. My mind was completely preoccupied with all of the fancy, technical, complicated and cute things I could do on it. My husband became annoyed.

“Every time I try to talk to you, you’re on your phone,” he said more than once.

“But I’m reading,” I’d say, and most of the time I was. He wouldn’t have reacted as vehemently to my holding a book, probably because he knew eventually I’d finish the book. On my smartphone, however, I had endless books, endless articles, and endless ways to entertain myself.

But now smartphones have been suggested as a modern-day cause for divorce.

When your spouse is distracted by their smartphone it’s called “phubbing," a charming combination of the words “phone” and “snubbing."

Partner phubbing has emerged as a real relationship issue, according to research published in the journal Computers in Human Behaviour.

The researchers came up with a way of measuring the scale of partner “phubbing” and found that the behaviour can have a negative impact on relationship satisfaction. High levels of phubbing were also linked indirectly to poorer life satisfaction and depression.

James Roberts and Meredith David examined the behaviour of American couples and found that spouses check their smartphones once very six-and-a-half minutes, roughly 150 times per day – time they could spend paying attention to each other. Seventy per cent of spouses interviewed for the study said phubbing negatively impacted their ability to interact with their romantic partners.

Roberts wrote for Fairfax, “Most know what it’s like to be phubbed: You’re in the middle of a passionate screed only to realise that your partner’s attention is elsewhere. But you’ve probably also been a perpetrator, finding yourself drifting away from a conversation as you scroll through your Facebook feed.”

But there's something here we need to acknowledge.

The studies results, which have now been extrapolated in the mainstream to suggest that smartphones and the behaviours associated with them are causing marriages to end, weren't quite so clear cut.

For starters, the researchers were describing a process, not necessarily a direct link, between phubbing and outcomes such as relationship satisfaction, life satisfaction, and depression. Each effect of phubbing was only meaningful when other factors came together in a certain way. Phubbing in and of itself doesn't destroy relationships.

In actuality, it's far more likely to be what Roberts and David call the 'displacement hypothesis' (the idea that time spent on smartphones reduces meaningful interactions with your partner), that's to blame for divorce. Likewise, the researchers suggested a 'smartphone conflict theory,' to explain the way in which the technological device can lead to fights, and ultimately, poor relationship outcomes.

Smartphones didn't arrive in Australia until 2008, and by that stage, the rate of divorce then was already pretty impressive. It's true, smartphones make it much easier to spend without thinking, cheat on your partner and fight with your in laws (thanks to social media).

However the claim smartphones are costing Australians their marriages is a bit of a stretch.

I'd suggest that smartphone use is symptomatic of problems that already exist in your relationship.

A spouse who prefers to stare at their smartphone instead of you may be trying to tell you something.

If you like this article, please share it! Your clicks keep us alive!
Tags
marriage
divorce
relationship problems
mamamia
smartphones