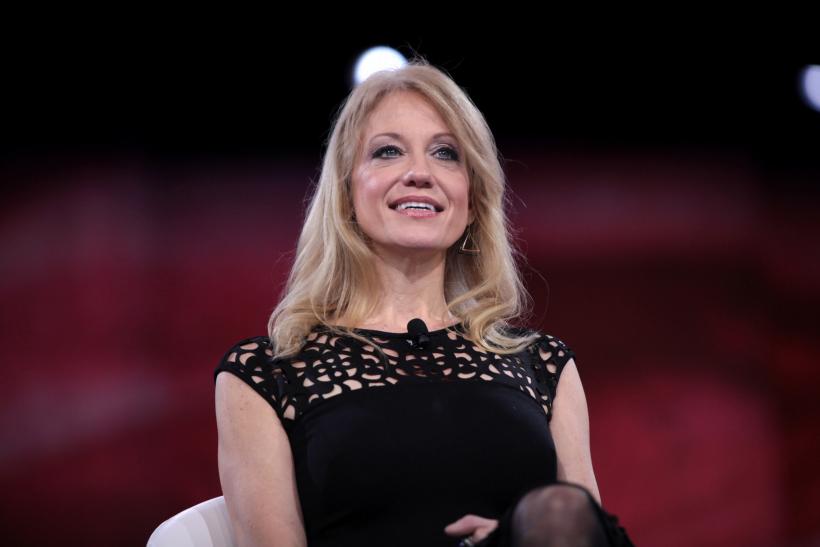 Judging on appearance - even of Trump & his team - is aiding and abetting the enemy. (Image Credit: Flickr/Gage Skidmore)

Donald Trump was recently told of a state senator who is in favor of civil asset forfeiture reform — a concept, it turns out, that is one of many that Trump doesn’t really understand. Never one to let that stop him, Trump responded, "Who is the state senator? Want to give his name? We'll destroy his career."

Pennsylvania State Senator Daylin Leach, who DOES fully understand civil asset forfeiture reform and is a proponent of it, tweeted out:

“Hey @realDonaldTrump I oppose civil asset forfeiture too! Why don't you try to destroy my career you fascist, loofa-faced, shit-gibbon!”

I’m not going to lie, when I first saw this I thought it was fake news (actual fake news not news that Trump's regime calls “fake” because it exposes their many issues). I got confirmation from six different reliable news sources before I posted it to my Facebook, just to be sure. When I did post it, I included his office’s clarifying statement:

“President Trump blithely talked about destroying the career of a man who disagreed with Trump on a policy issue. Then Trump laughed about it, which is just what you’d expect from someone who gets his kicks firing people on national television. Trump just continues to undermine democratic norms, America’s system of checks and balances, and the general principle of human decency. Senator Leach is mad as hell about it, as you can see from his tweet.”

I posted, “I do not support appearance-based attacks. I do support calling donald a fascist shit-gibbon.”

I find myself doing this a lot lately. A minority of voters have installed a would-be despot who ran on a campaign of bigotry, white supremacy, and man-baby Twitter tantrums. Now he has a less than vague understanding of the job, a penchant for bullying stores to sell his daughter’s stuff (during security briefings), a team of white supremacists in the White House, a tendency to get bored and watch television... and the nuclear codes.

I see the same people who months earlier were (rightly) screaming bloody murder about the appearance-based bullying he engaged in toward Hillary Clinton, Rosie O’Donnell, Alicia Machado, and women in general, now engaging in the same behavior toward Trump and his regime.

All of which is to say that we are in for a long fight making sure that he doesn’t get us all killed, and protecting the people he promised he would oppress, some of whom now seem shocked that he’s actually following through with it. It’s going to require constant vigilance, and sustained resistance. Part of that is going to be blowing off steam and, in service to that, I’m OK with possibly offending gibbons with comparisons like this.

But I stop short of appearance-based attacks and that’s because, unlike unfavorable gibbon comparisons, appearance-based attacks reinforce much of the same bigotry that Trump supports and participates in. This is a man who believes that whether or not he thinks a woman is attractive bears on that woman’s credibility and worth. I’m not about to participate in the exact same behavior.

I see the same people who months earlier were (rightly) screaming bloody murder about the appearance-based bullying he engaged in toward Hillary Clinton, Rosie O’Donnell, Alicia Machado, and women in general, now engaging in the same behavior toward Trump and his regime.

Our culture has a huge issue with confusing stereotypes of beauty with everything from health, to morality, to competency. And since those beauty stereotypes are based on white, thin, cisgender people, that means that they add to the dangerous white supremacy, racism, misogyny, homophobia and transphobia that form part of Trump's platform.

Nowhere is this more apparent than in the treatment of Kellyanne Conway. In response to an article explaining how Conway broke federal law by going on Fox & Friends and giving what she herself called “a free commercial" for Ivanka Trump’s foreign-made line of clothes and accessories, a woman posted on my Facebook wall that Conway needed plastic surgery. When several of us asked that she please not engage in misogynistic appearance-based shaming, she said “lighten up ladies…” and then attempted to justify her belief about why Conway should risk death to more closely approximate the current stereotype of beauty.

Let’s be clear — Kellyanne Conway has shown a frightful commitment to power and fame. She will do anything (obviously, since she was willing to help a blatant misogynist and proponent of grabbing women by the genitalia get elected to the presidency,) she will say anything (including breaking federal law to promote Trump's family businesses, and looking straight-faced into a camera and calling blatant lies “alternative facts.”)

She is a horror of a human in a position of influence and power in the government, and so — even if you’re the kind of person who thinks it’s OK to attack people based on their appearance — there is simply no reason that you would need to focus on her appearance in order to criticize her.

As it stands, there isn’t enough time in the day to criticize all the objectively terrible things that Conway actually does.

There’s also absolutely no justification for it. It doesn’t matter what she looks like, and making that the subject of the conversation diverts attention from the ways in which she is part of an administration trying to do what may be irreparable harm to a majority of Americans, and adds to a culture that insists that how people (and especially women) look is more important than what they do (whether that means having achievements or committing atrocities).

A would-be despot and his white supremacist regime are currently in the highest offices of our nation and lives are at stake, so let’s keep our eye on the ball here and focus on the atrocities they are trying to commit, and not how they look while they’re committing them.

If you like this article, please share it! Your clicks keep us alive!
Tags
Kellyanne Conway
donald trump
beauty stereotypes
plastic surgery