Lovers & Fighters In America: The Impact Of Acceptance At A Powerful Dinner Out 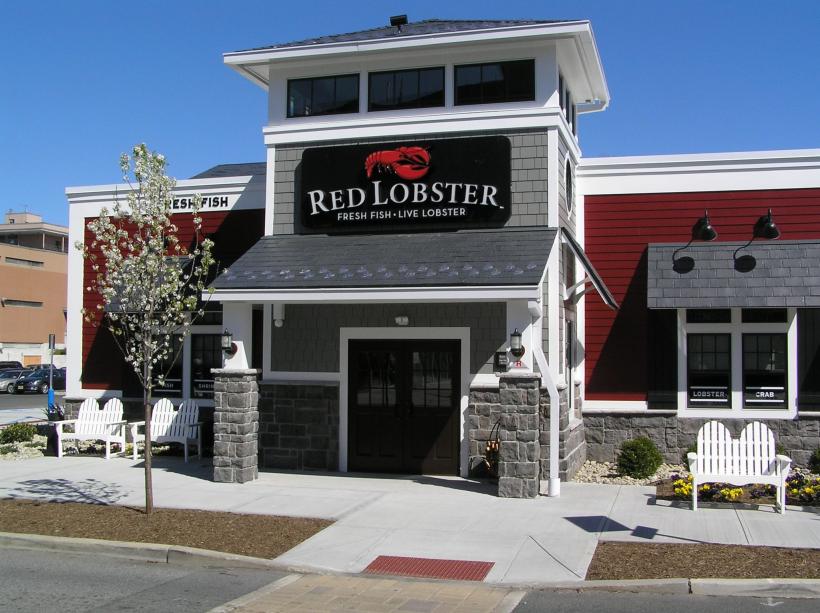 A dinner at Red Lobster meant the world to a vulnerable young woman and her family. (Image Credit: Anthony22 via Wikimedia Commons)

These words, spoken casually with a smile, are those of a kindhearted server named Donna.

Donna, an employee of West Des Moines’ Red Lobster, was not just taking a drink order on a chilly winter’s evening in February. She was also warming the hearts of every guest at her table, especially Beth’s, the young lady to whom she was speaking.

For Beth, this was not just dinner at a restaurant; it was much more. This meal, at Red Lobster, marked her first evening out as a woman.

Beth, a 26-year-old trans woman, was surrounded by her family members that evening. Her girlfriend was there, along with her young child, her mother Gwen, Gwen’s boyfriend, and her grandmother. Having only recently begun her transition, Beth was feeling nervous when the server approached their table.

Gwen described the memorable moment: “Our waitress was taking drink orders right as we were seated, looked at my brave girl, and asked, 'And for you, young lady?' without so much as a breath of hesitation or any kind of judgmental tone. My daughter, who is so early in this process, so self-conscious, was almost moved to tears. She honestly had not expected such normal treatment or to be acknowledged as 'her.’”

“When we left, I hung back a bit, and made it a point to thank the waitress because even my daughter recognizes that she still appears very much a male in many aspects and realizes that people must be aware that she is transitioning.”

Beth only “came out” to Gwen at Thanksgiving of last year and has since been taking steps towards living her life as the woman she is. Many of these steps are happening privately: laser hair removal, practicing “dressing up” (as Beth calls it), using make-up, and wearing false breasts while she’s at home. She is still presenting as male at work and has not yet shared her true self with all of her friends and family members.

Both Gwen and Beth’s girlfriend are doing what they can to support Beth's transition. Gwen explained to Ravishly: “She has raided my closet and her girlfriend’s on more than one occasion. In fact, this past week her girlfriend and I found a pair of hand painted heels at a consignment shop, decorated to look like those weird piranha plants from the Mario games. They happened to be Beth’s size. When handed the bag by her girlfriend, she almost shrieked with joy. She immediately ran to try them on. Watching her hobbling out on heels for the first time… giving her advice on how to walk in them, a total bag of mixed emotions. Happy for her being her, sad that I had missed all the ‘girl’ talks when she was younger.”

On this February evening at Red Lobster, Beth was feeling both vulnerable and brave. And though still masculine looking in some ways, Beth’s outfit had been carefully selected for her outing. Gwen told Ravishly: “She was wearing a gray tunic top, one of those cut on the slant ones, and black leggings. She had her make-up on. No wig, but her hair has grown almost to her shoulders. She'd shaved, but there was still a shadow, but not a 5 o'clock shadow, of facial hair.”

Gwen, too, was feeling apprehensive for their dinner out. She told Ravishly: “I was not ashamed. I was, however, worried. Not everyone is as open-minded as I am. And this is my child. I am slightly protective of my kids.” Gwen recognized that many people would be busy chatting among themselves and that Beth would likely go unnoticed by most. Though she knew the waitress would be able to tell, as she would be up close and speaking to them.

Gwen thanked Donna at the end of their meal. She said: “When we left, I hung back a bit, and made it a point to thank the waitress because even my daughter recognizes that she still appears very much a male in many aspects and realizes that people must be aware that she is transitioning.”

Donna gave Beth a priceless gift: a positive first experience out as her true self. For that, Gwen, Beth, and her family are truly appreciative.

We are honored to feature Donna from West Des Moines’ Red Lobster as this week’s lover & fighter. And we at Ravishly thank you, Donna, for taking the time to spread love and happiness.

If you like this article, please share it! Your clicks keep us alive!
Tags
Red Lobster
transitioning
trans woman
coming out
acceptance
graciousness