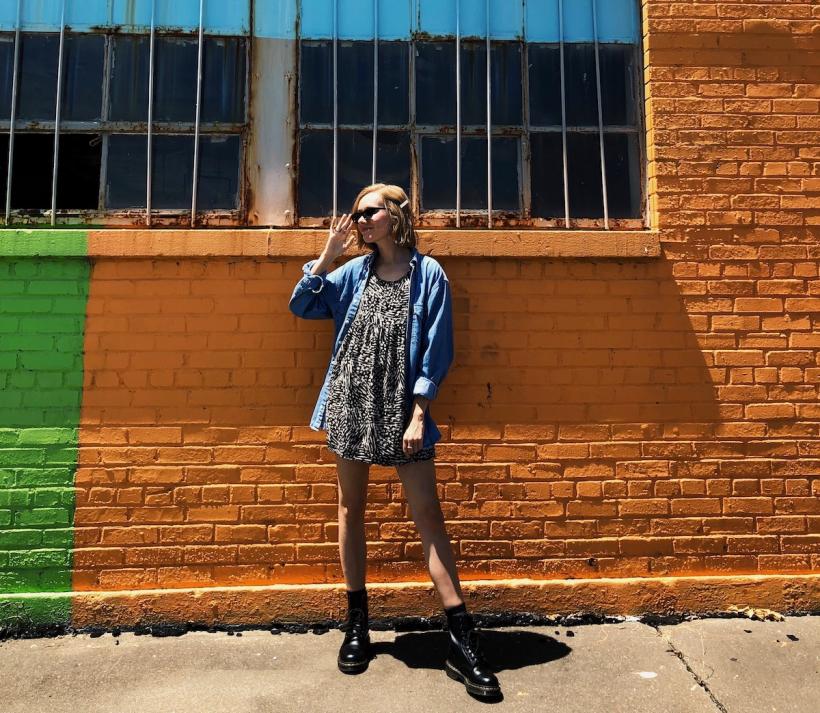 I was 15 years old when I first suspected I might be a lesbian.

I had no desire to date boys, and despite trying as hard as I could, I could never see myself as the subservient wife that my parents and fundamentalist Baptist church told me I should be. I heard my pastor yelling from the pulpit about the evil that was growing in this country — if same-sex marriage is legalized, soon pedophilia and raping animals will also be normalized.

When we saw lesbians on television, my father’s response was, “Ew, what a bulldagger.”

My best friend came out to me when I was 15 and swore me to secrecy — she’d get kicked out of her home if her parents found out. I was taught that being gay is a choice and that if anyone does make that disgusting, sinful choice, they will burn in hell for all of eternity.

When I realized at age 23 that I was attracted to women, I felt panic and terror.

In early 2017, I wrote in my journal, “I know I love women, but I can never tell anyone. I’ll lose everything if anyone finds out.”

But my desires, so long suppressed, now unleashed, were growing in power. I loved women’s minds, their hands, their bodies, and the shared experience of womanhood. Suddenly I found myself longing to hold hands, to experience my first kiss — both things I had never wanted with men.

Soon my desires outweighed my fears, and in June of 2018, I officially came out to my friends and family as... bisexual. Because my ideas about queerness were distorted from such an early age, I believed that I could be attracted to men if I tried hard enough. After all, wasn’t being gay a choice?

I knew coming out as bisexual would somehow make my family feel more comfortable. Although I’d never genuinely been attracted to men, I could recognize when a man was handsome and had confused this for sexual attraction. It wasn’t until the fall of 2018 that I finally began calling myself what I’d known myself to be for so many years — a lesbian.

Coming out was not easy. When I told my family, they cried, said it was an “abomination to God.” They wanted me to know that they did not agree with “my lifestyle.”

They said I didn’t look gay, had never shown any signs of being gay, was only gay because it was “trendy.”

A few days later, another family member sent me a long email letting me know that I was living in sin. They told me that I was only gay because I surrounded myself with liberal God-hating people. I didn’t know myself, and I’d eventually come back to God, that I would never be happy without Jesus.

On my worst days, I convince myself that all they’ve said is true — That being a lesbian is an evil choice I am making, and one day, I’ll end up in hell. That I could love men if I tried. That if I renounce my “homosexual lifestyle,” I’ll never experience anxiety or depression again.

I am afraid even to use the word lesbian because I’m terrified that one day, I’ll wake up to discover it was all “just a phase.” I’ll wake up to find that my own body and my desires have been lying to me. I’ll get married to a man, and everyone will say, “See, we told you so. Being gay is just a choice.”

Although I came out last year, I’ve spent the past year gaslighting myself.

I’ve spent a year telling myself all of these destructive things.

Recently though, things have radically shifted. I kissed a woman I am incredibly attracted to. To someone who doesn’t experience religious trauma, this might not seem significant, but for me, the moment was revelatory. While kissing her, I remember thinking, “Oh, I’m actually a lesbian.” While I’d known cognitively that I was attracted to women, for the first time in my life, it actually felt real. I finally knew with utmost conviction that I was gay. And that felt like such a relief.

I’d been with other women before, but making out with this woman was steamier than anything I’d ever imagined. I’d kissed men before too, and being with her confirmed how wrong that had felt and how right this was. I’d been told my whole life that being gay was “unnatural.” I was told this so often that I believed that my attraction for women was unnatural. But kissing her felt like the most natural and comfortable thing in the world. Kissing her feels like coming home to myself.

I still have moments of self-loathing, but mostly, I feel more connected with my body and my childhood self than I ever thought possible. Since coming out, I feel incredibly free, joyful, and brave.

Making out with a woman helped me to stop gaslighting myself, and I finally believe it when I say the words, “I am a lesbian.”

If you like this article, please share it! Your clicks keep us alive!
Tags
gaslighting
coming out
lesbian
homophobic family