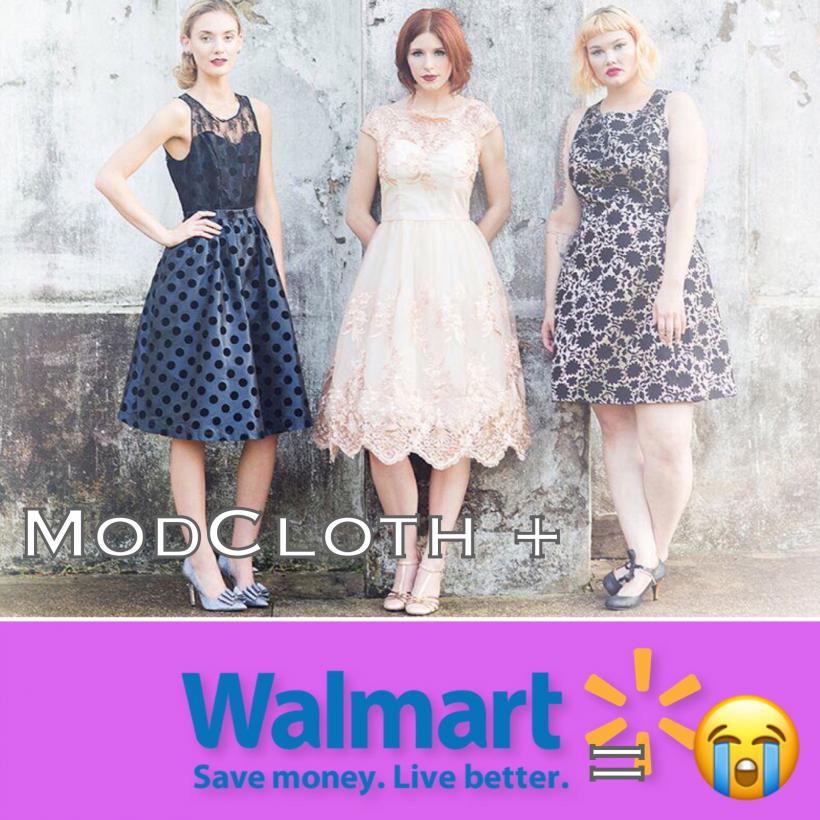 I don't know if I should cry or be furious, or a combination of the two. And who am I even mad AT? Modcloth for being a sellout, or Walmart for trying to own the entire universe? Or HUMANS for being greedy hoarders?

Walmart ALSO bought Jet.com last year, which is basically Amazon with slightly slower shipping and a few million less items (though I'm sure now that Walmart is at the helm, that will change). Pretty soon you'll be able to buy a coffin at Costco, a Modcloth dress that ships Amazon Same-Day, and adopt a baby through a subsidiary — just kidding, a subsidiary would never carry a baby, the shipping alone would be outrageous.

Last year, Brown's, the shoe store that's been in my tiny hometown for literally ONE HUNDRED AND THREE YEARS (and my town is only like 140 years old), closed. Just like that. I think many locals tried to keep in open, but how is a little guy going to survive same day shipping and 50% off? They aren't.

In the last year, in addition to Brown's, our pet store (which was open for 40 years) has closed, four or five small businesses, and a grocery store (open 35 years) that served our south side population the ethnic foods that can't be found in town.

I mean, is this Walmarts fault? Can I really blame Walmart for the failure of several small town stores?

Have we really reached a point in life where we have to buy everything at deep discount?

I'm guilty, too. Last week I NEEDED curry. Like NEEDED. Amazon just so happened to have the curry paste that I can't buy anywhere in my tiny town that no longer has a grocery that sells anything other than super white food, so I bought it. And the Basmati rice to go with it. And a book. And maybe some bubble bath.

It's sort of hypocritical for me to be pissed at Walmart, but I swore off fast fashion at the beginning of the year, and I haven't even bought one t-shirt at Target so I'm basically a philanthropist now.

Anyway, ModCloth pretty much revolutionized the way fat women shop for clothes, as in WE CAN SHOP FOR CLOTHES AND NOT IN THE BACK OF A STORE. Have you SEEN the plus size section at Walmart? It is NOT cute.

This begs the question, will Walmart carry ModCloth's clothes? Will ModCloth carry the potato sacks they sell at Walmart? Let's hope neither.

What will Walmart buy next? Maybe Google? Then we'll only have to say "curry" to Alexa and it will show up at the door, delivered by a millennial dude driving a 1984 Cutlass and smoking a Marlboro Red, same-day and with a free baby on top.

If you like this article, please share it! Your clicks keep us alive!
Tags
ModCloth
Walmart
clothing
plus-size
shopping
Capitalism 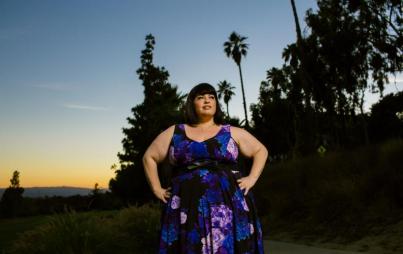