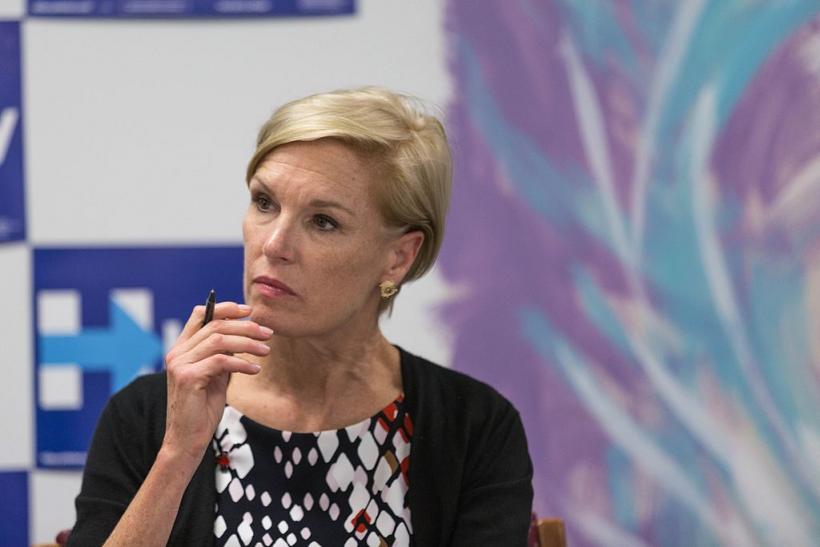 This is probably not the ending the sting operation envisioned... (Image Credit: By Lorie Shaull from Washington, United States (Cecile Richards via Wikimedia Commons)

Hey, remember when a couple of douchebag activists pretended to be biomedical researchers and did a weird sting operation in an attempt to prove that Planned Parenthood was actually a front for selling body parts? And they created these videos where they talked to Planned Parenthood staff about how they handle transferring fetal remains after a patient has consented to donate them for research purposes? And the activists were using fake names and the recording was done in secret and released without the knowledge or consent of the Planned Parenthood staff?

Well, the two people who conducted the sting have been formally charged with 15 felonies by the State of California.

In 2015, David Robert Daleiden and Sandra Merritt, posed as staff of a fake biomedical research company. They used those set ups to meet with Planned Parenthood administrators to discuss Planned Parenthood’s procedures for transferring donated fetal remains, under the pretense that they were seeking such donated tissue for research. Daleiden and Merritt covertly recorded the meetings, then released the footage on the internet.

Now they have been charged with 14 counts of covertly recording people, and an additional felony charge for criminal conspiracy to invade privacy.

The attorney for Daleiden and Merrit denies the charges saying, “It was nothing more than a First Amendment journalist pursuing a good cause and fighting a battle, now a martyr who’s being crushed by the power of the State of California.”

First off, all journalism is protected under the First Amendment so it’s not like there’s some special category that’s double-extra-super protected. Second of all, using a fake name, setting up a fake company, approaching people under false pretenses, and conducting a leading conversation to attempt to prove a political point while recording said conversation, then releasing heavily edited footage without the consent of the subjects, isn't journalism. It’s fraud.

You know what’s not fraud? Being Planned Parenthood and providing health services. That’s why they aren’t on trial. They provide quality health services to the public. We salute them for being there for anyone who needs them.

No court date was announced but we’ll keep you posted as the case develops.

If you like this article, please share it! Your clicks keep us alive!
Tags
Planned Parenthood
abortion
sting operation
felony charges