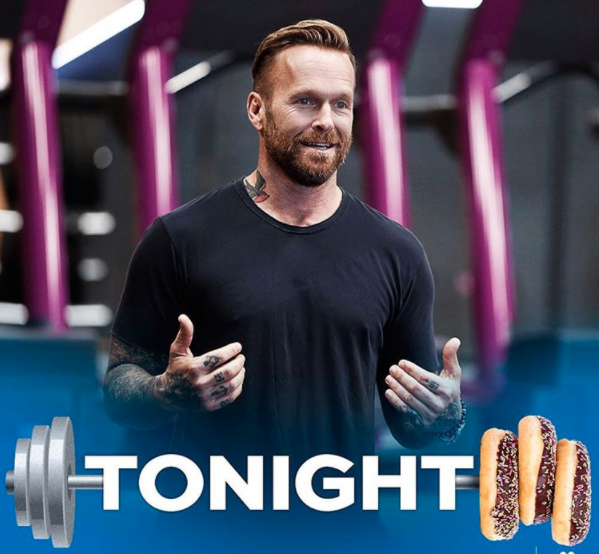 The idea that everyone's weight depends upon their choices is not backed up by science. 'The Big Fat Truth' refuses to recognize that. (Image credit: Instagram/@biggestlosernbc)

In case you are somehow (blissfully, I assume) unfamiliar, The Biggest Loser is an abomination of a “reality” television show in which fat participants are physically and mentally abused in an effort to manipulate their body size in order to win a tiny fraction of the money that the show makes off them.

I firmly believe that if this show were done with dogs instead of people, it wouldn’t have lasted a single season because it would have been pulled off the air for inhumane treatment.

Instead, it’s been going on for years which has given us the chance to see what the research tells us about intentional weight loss in action — specifically that most people are able to lose weight short-term, and most people gain it back long term, with many gaining back more than what they lost. When people do this repeatedly — as our completely screwed up diet culture encourages us to do — it is called “weight cycling.”

The fact that fat people are so thoroughly and constantly lied to by diet culture, and so profoundly oppressed by fatphobia, that they would submit themselves to this is not a justification for it. But that isn’t stopping J.D. Roth, the show’s creator. Not satisfied with exploiting fat people once, he is launching a new show called The Big Fat Truth in which he’ll bring back six former contestants for another round of exploitation, false promises, and weight cycling.

The show, it seems, is largely in response to a New York Times article that discussed a study which suggested that weight loss changes our bodies in ways that turn them into weight-gaining, weight-maintaining machines.

The truth is that Roth can’t point to a single study where more than a tiny fraction of people maintain significant weight loss long-term. So instead he’s doubling down on the short-term mistakes he is already making with The Biggest Loser and hoping we won’t notice?

It seems that Roth is hoping to take the path that so many diet companies have profited from, taking credit for the short-term weight loss, but blaming the clients for the weight regain that almost always follows — research be damned.

As quoted in an article by People magazine about the new show:

“They started the biggest loser unfit, unhealthy and unhappy. Then, they finished the Biggest Loser hopeful, skinny, fit and ready to take on the world. But somewhere along the way, their old habits crept back in. And unfortunately, so did the pounds.

“The New York Times published an article telling everyone that, ‘You can’t get away from a basic biological reality … as long as you are below your initial weight, your body is going to try to get you back.’ Could this really be true? How do you get lucky enough to get a lottery ticket to be on the Biggest Loser, lose all the weight, end up on the cover of People magazine, and then gain it all back?” Roth asks. “So is it your metabolism? Or is it your choices?”

This line about “old habits” creeping back is one of those things that is so often repeated that it’s taken as obvious fact, but in truth, it’s a lot more complicated, which is especially well-illustrated when it comes to contestants on The Biggest Loser. For them, “old habits” include eating more than 800 calories a day, working out less than eight hours a day, and no longer living at the world’s most public fat camp.

Dieting is, by its nature, not sustainable. It is the act of feeding your body less food than it needs in the hopes that it will eat itself and become smaller. When people say “It’s not a diet, it’s a lifestyle change,” what they mean is that it’s a lifestyle where you try to diet all the time and it doesn’t work.

The truth is that Roth can’t point to a single study where more than a tiny fraction of people maintain significant weight loss long-term. So instead he’s doubling down on the short-term mistakes he is already making with The Biggest Loser and hoping we won’t notice?

“The Big Fat Truth focuses on revitalizing our participants’ diets and mindsets, and within the first ten days alone not only did we see considerable weight loss, but also significant decreases in insulin levels and bad cholesterol, among other positive changes,” Roth says. “This series is proof that the mind is the gateway to transforming the body.”

The first sentence shows us the credit thievery that weight loss so often receives. This occurs when someone makes behavior changes, and experiences increased health and weight loss (though that’s likely to be temporary.) Because our culture is permeated by weight bias, the credit for the health improvements goes to the weight loss rather than to the behavior changes — even though weight loss without behavior changes (for example, through liposuction) does not confer health benefits, and behavior change without body size change often does. (Understanding, of course, that “health” is not an obligation, barometer of worthiness, or entirely within our control.)

Roth's last sentence shows everything that is wrong with diet culture. Not only are people happy to substitute “everybody knows” for actual evidence, they are more than willing to ignore the evidence that exists.

Someone claiming that if six people lose weight and experience health improvements over ten days, then you can transform your body through the power of your mind would be laughable if it wasn’t used as the basis for the mistreatment of so many fat people.

In another couple years, we’ll hear about how these six people have regained the weight, and there will be another round of shame and blame the fatties while the diet industry, including J.D. Roth, will continue to profit hand over fist from selling their magic weight loss beans.

It doesn’t have to be this way.  We can pursue health by pursuing…wait for it… health, instead of pursuing body size manipulation. We can focus on behaviors that support our bodies (including things like sleep, and strong social connections), we can focus on creating a society where people have the best chance at health by eliminating oppression, supporting a living wage, and guaranteeing access to things like healthcare, the foods people want to eat, and the movement options they want to participate in.

That doesn’t make for good TV ratings, but it makes for far better healthcare policy.

If you like this article, please share it! Your clicks keep us alive!
Tags
the biggest loser
The Big Fat Truth
fatphobia
dieting
weight loss
weight cycling
health