Children and Divorce: How Experiences Shape Who We Are 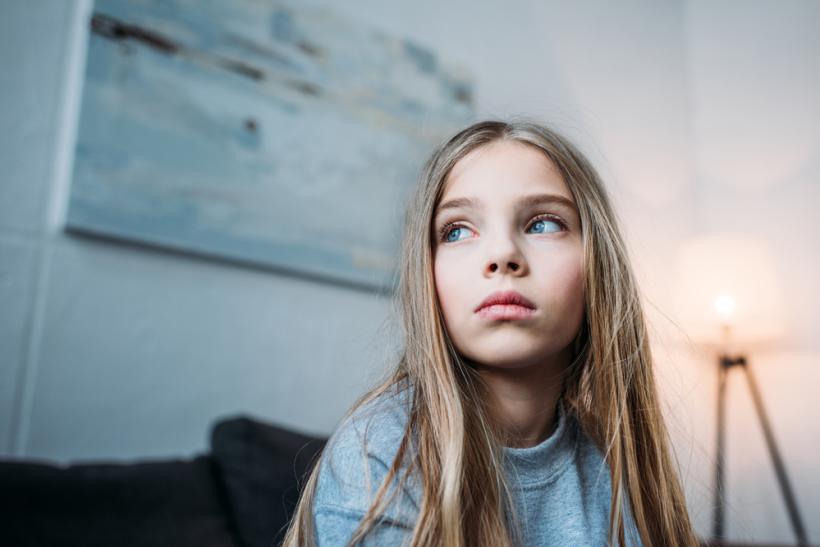 From a young age, I showed signs of OCD, which were exacerbated by my parents separating when I was seven.

I am an extremely blessed woman. I have two beautiful children and a husband I am madly in love with. I travel, have a fulfilling entrepreneurial career and live in one of the greatest cities in the world… New York!

That being said, my life certainly did not start off that way. From a young age, I showed signs of OCD, which were exacerbated by my parents separating when I was seven. The years that followed were a host of trials and tribulations as my parents decided to divorce, neither making my brother nor my needs the priority when parenting, most often putting their own emotions first.

I do not say that in blame, in their defense, there was little in the way of resources, with divorce being extremely taboo in the 80’s. Throughout my childhood years, I was forced to serve as judge and jury, as once my dad left, my parents never spoke again… ever. I’d like to believe they did not realize what the outcome of that decision would be. However, even though neither had knowledge or experience with divorce, I cannot exonerate them completely as some of their choices defied logic.

Weekends, going forward meant visits to NYC, arranged by my brother and me, where my father chose to reside. Within a short time, my brother formed an alliance with my mom and decided to no longer continue a relationship with our dad. He was five years older and able to assess things differently than I could. I continued to see him.

My father’s line of work was in fashion. So when I was with him, I was often dragged along to parties at highly inappropriate places such as Studio 54 or late night dinners at Marylou’s, an of the moment restaurant/seen and be seen hang out, where I spent chunks of time daydreaming in the bathroom while my father networked and socialized.

My mom spent the first years after he walked out, paralyzed with depression. Anytime I went to spend a weekend with my father, I arrived home distraught at the recognition that I would not see my father again for days and to a place void of nurturance, as my mom tended to her own open wounds.

Caught in The Middle

The weekdays were infused with back and forth calls to dad, which I mediated, on topics including health insurance, alimony, scheduling and my constant need of answers to why this was all happening. It was a lonely childhood laced with pain and confusion and any Sunday I returned home, after a weekend away, meant tears and pain as I tried to make sense of the disconnect of my family.

I often acted out towards my mom for her lack of emotional support and criticisms of me, due to my relationship with my father. As I struggled being home with my mom, I slowly learned to distrust my father and questioned his integrity. The only consistencies in my immediate family life were catching my dad in lies and my mother’s constant validation of my father’s wrongdoings and failures.

These behaviors created a deeper and deeper wedge, between my parents and I, throughout my young adult life. I would later discover these very actions were the worst habits a parent could practice in regards to navigating a child through divorce.

In addition, my father did not serve as a role model in any capacity. I was continuously catching him in lies, I found cocaine in his car when I was in 6th grade, became accustomed to watching him squander away every dollar he made and learned that honoring his word was something he absolutely wasn’t capable of doing.

My mother, on the other hand, made a point to raise my brother and me to the best of her ability, with good morals and values. I will give credit where credit is due, we never got into serious trouble of any sort.

I eventually stopped speaking with my father, after college, when I became aware that although he told me he was going to pay for my college tuition and loans, he would once again be found guilty of not following through on what he promised he would.

All of the above contributed to my low self-esteem, poor selection of boyfriends, and overall depression.

Many years of therapy ensued throughout those difficult years and as I continued my journey in life, I found a hunger deep down within to change my destiny, determined to do things differently. I decided to go back to school and earn a master’s in science with a concentration in counseling. I interned at the middle school I attended as a child and became aware of a group called Rainbows for all Children, which provided grief support for children experiencing loss from death and divorce.

I went on to write a children’s self-help book on divorce called, The Colors of Life and started fundraising for Rainbows. As my relationship with Rainbows grew, I brought my book to their attention and we partnered to develop a Q and A section at the back of the book to help parents open a dialogue between themselves and their children.

Although I did not wind up becoming a counselor, I did use my degree to develop a tool to help children suffering through the very thing I experienced.  This resource was created to help children better understand their emotions and provide them an opportunity to speak candidly with their parents.

Ironically, I wound up going into fashion, never realizing until I fell deep in passion with my career, I was following in my father’s footsteps. However, instead of getting sucked into the social component, I have tried to use my experiences to better the world anytime an opportunity has presented itself.

For example, I was honored to be invited a while back to host and guest speak at a Rainbows fundraising event, where we auctioned off one of my handbags and I have recently committed to further my efforts in helping Rainbows broaden their reach. With greater awareness of the Rainbows program, more children can have access to the support they need through an incredibly difficult time.

On the last page of my book, I conclude by stating, “Although these experiences were hard to go through, they helped to create a beautiful colorful me.” My journey, through pain and hard work, which led me to come out of it on the other side, paid off. It brought me to my husband and together we are doing things differently, where our children are reaping the rewards.

Being a mom is my greatest accomplishment and had I not gone through what I did as a child, I would not be the mother I am today. My kids are everything to me and I commit to always putting their well being first. They did not choose to be born… we chose to create them. It is our job to nurture, guide, protect and love them unconditionally no matter what life presents. 5 Reasons I Became a Better Parent After Divorce

4 Surprising Ways My Children Benefited From My Divorce

If you like this article, please share it! Your clicks keep us alive!
Tags
divorced moms
divorce and kids
divorce
OCD

Children and Divorce: How Experiences Shape Who We Are
Michelle Vale