Christmas Is Over And I’m Exhausted 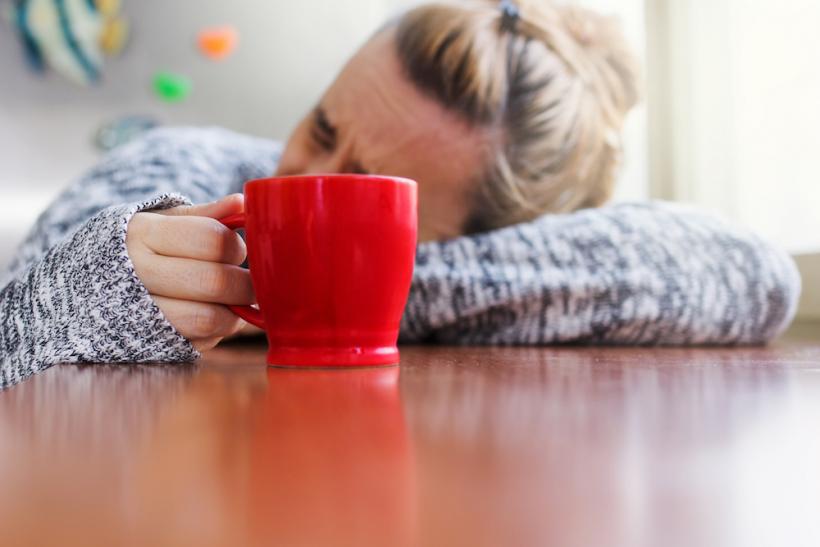 I am tired. In fact, I am more than just tired, I am exhausted.

After the gifts have been torn open, the batteries installed, the packaging placed in the appropriate recycle bin, I sit. I sit in my tattered green boucle Salvation Army chair, wearing the pink striped Hanna Andersson pajamas I bought all the girls, drinking my unintentionally ice-cold coffee. I am tired. In fact, I am more than just tired; I am exhausted. I am even something more than exhausted, but I’m so exhausted I can’t even think of the word. Weary? Wasted? Spent? Spent.

I have spent months thoughtfully selecting gifts for everyone on our list, down to the last cousin, wrapped them all in brown paper tied with baker’s twine. I have baked dozens of cookies, made pan upon pan of fudge, peppermint bark by the pound, buckeyes by the scores. Yesterday I hand-made 48 meatballs for the spaghetti dinner I’ll make later. Last night I rolled out 24 giant cinnamon rolls, and this morning I baked and frosted them; it’s not Christmas without my cinnamon rolls.

For the most part, aside from the eating, it’s over. The small children will play with their gifts. The teenage children will lose themselves in their devices. My adult children will eventually go on to the other houses they plan to visit today. I will put everything away. Clean everything up. Mop the floors. File away the Christmas cards. Wash the pans. Store the decorations, In eleven months I will do it all again.

You Might Also Like: You Have A Partner, So Why Are You Still Doing So Much Of The Work?

I’ve been doing it since I was 17 and living alone in my first apartment that I decorated with a tree my college boyfriend and I cut down ourselves and adorned with candy canes and red bows and the ornaments from my childhood. The scope of my holiday responsibility has expanded widely over the years. No one ever assigned me any of the tasks per se, I just assumed them. As you do. As we do.

We, of course, is, for the most part, women. There are men somewhere wrapping all the gifts and baking all the cookies, but I don’t know them. This is the point in the article at which the men who do All The Things women do will come for me; I’m not talking to you men. But I am talking to men in general.

Women have been talking about emotional labor more recently. Ravishly’s own Gemma Hartley wrote about it over at Harper’s Bazaar. I’ve written about it here. We are finally giving language to a thing women have understood for as long as there have been women and men and labor to be divided.

Even women with very good partners, even what we’d call great partners, are tired. I have a great partner. He is a hands-on dad. He runs errands. He folds laundry. He doesn’t scrub toilets, but I am sure he would — if I asked.

And that’s the crux of it. He is willing to do anything I do (though, to be fair, much of it I wouldn’t give up, the cinnamon rolls for example) if I asked.

It merely is not inherent in him. It’s not that he wouldn’t help or even that he doesn’t actually want to help, it’s just that the things I do are not the things that he has ever thought to do. Despite us both working full-time demanding jobs, it is part of our everyday dynamic — kids’ doctors' appointments, the laundry soap that is running out, what we’re having for dinner. It is even more apparent at the holidays — organizing our annual family photography session, holiday cards (both the creation and delivery), gift selecting and giving, baking, cooking. I asked a lot of women about this, and the vast majority of them reported a similar, if not exact, situation.

It’s not that our partners are lazy (though some of them certainly are), it’s just they are daft. This seems like a convenient excuse, I suppose. But as a woman who is married to a person who would do all of those things, if asked, I think the problem isn’t that he won’t do it, it’s that he has never had to.

For my part, it’s easier just to do all the baking and shopping and gifting than to first ask him to do it, then explain how to do it, then make sure it actually got done (and to my expectations, because in addition to being an exhausted overachiever, I’m a control freak). What is not easier is that I’m now sitting in the green chair with my cold coffee too tired to enjoy the day, because I was up half the night stuffing stockings and rolling out cinnamon rolls and making sure all the gifts are under the tree. Even after that was done, I was lying awake worrying that I forgot someone or something while my husband snored softly and dreamt of the eventual cinnamon rolls he’d get to enjoy without the memory of the sticky sugar he spent an hour cleaning up.

They are benevolent but daft, and we are either too busy or too frustrated to hand-hold them through life like another one of our children. It’s not just their fault; it’s not our fault. It’s just several thousand years of patriarchy leaving women feeling responsible for everything and men letting that happen because, why wouldn’t they?

It’s all so deeply seated that we don’t so much as pause to consider it, even when we are exhausted and standing on aching feet and tossing and turning and shortening our lifespan with stress we don’t have to bear. The tide is turning, though sometimes the turn is so slow it’s imperceptible, but it is turning, nonetheless. We are each responsible for pushing it along in our own ways. Women, we have to speak and then sit on our otherwise restless hands. Men, you have to hear and then handle your portion of the to-do list as best you can.

If you like this article, please share it! Your clicks keep us alive!
Tags
marriage
women
men
division of labor