You Have A Partner, So Why Are You Still Doing So Much Of The Work? 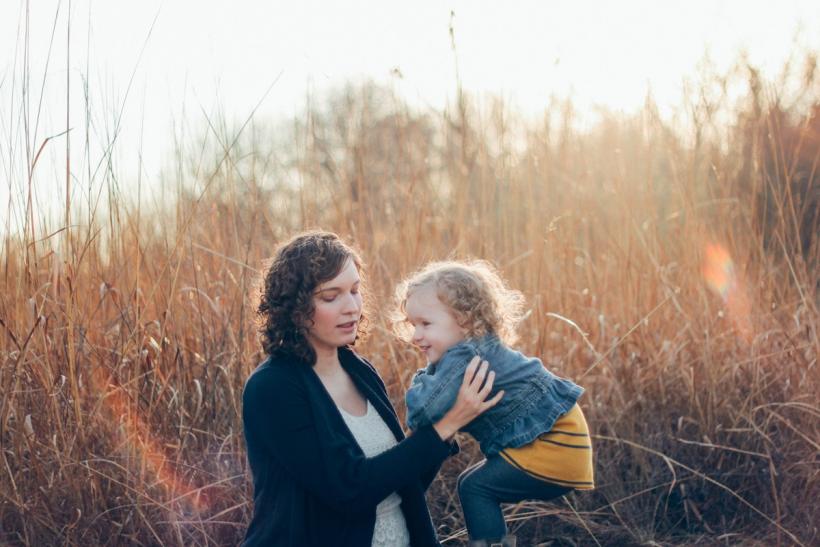 Before my dentist sticks his hands in my mouth, he pulls the overhead light down to my face. Before he pulls the light down, he shines it on his own hand. He probably does this to make sure it’s on and functioning; I like to think he does it because he’s worried he’ll blind me if it’s too bright.

He did this today, before he put his hands in my mouth and asked me questions about my life that I couldn’t answer — because his hands were in my mouth.

When I didn’t answer (why do dentists do this?), he made small talk with my 4-year-old son, Max, who was sitting at my feet.

If you’re wondering why my 4-year-old son was with me at the dentist, it’s complicated. On Monday I had an appointment at noon for my regular checkup. At noon I also had an emergency appointment at the vet for our dog who somehow ruptured her cornea. The dog needed her eye removed. I needed my teeth cleaned, but the dog’s eye took precedence, which is why I was at the dentist on Wednesday morning at 8 am with my 4-year-old sitting at the foot of the chair chatting happily with Dr. Ask Questions At Inappropriate Times.

My husband works from home Monday and Friday, but he was “busy” on Monday. His job can be a challenge. But even if your job was making peanut butter sandwiches all day, it would still be hard to do it from home — kids jumping around on the counter and generally screwing up your sandwich assembly.

Anyway, he was busy, so he couldn’t take the dog to the vet to get her eye taken out. I was also busy, but not busy enough — or not busy enough with things more important than his things.

So I ended up with the dog at the vet, because my partner was too busy with something too important to be interrupted.

I have a good partner, a great one even. He cooks. He cleans, He puts the kids to bed. He travels for work three days of every week, away from home, so that we can do things like pay to have the dog’s eye removed and send kids to college. He’ll grocery shop. I don’t think he’s ever scrubbed a toilet, but I’m sure he would, I mean, not voluntarily, but if I asked him to. Before I left with the dog, he said, “I’m sorry, I wish I could help but I just can’t walk away.” I believe he meant it.

He is a good partner, even a feminist one. He’d fight for me to work, to be the boss, to burn my bra, to sleep in on Sunday.

Well, because I’m in charge of “that stuff.”

What is “that stuff?”

Most of what is inconvenient. Usually what is emotionally driven. Almost always what involves gift giving or Holiday card mailing.

I was Mormon for 16 years. As a Mormon, you find out that women are held in a very high regard, as long as that regard isn’t any actual position of power. The men spend a lot of time telling you how vital* you are.

*We really need you to rear the kids and make casseroles.

Women are better at handling the “emotional stuff” because they have more estrogen, which makes them more sensitive, which is further evidence of God’s grand design.

Men have more testosterone, which means they are better at handling “manly” things like changing tires and lifting heavy boxes. Oh, and running the house, the church, and the world. NBD.

It’s easy to see from outside what a load of bullshit that is, but in it, submerged in a culture of women homeschooling, canning fruit for the probable apocalypse, and sewing quilts for the poor, it seems logical. Estrogen IS the “female” hormone after all.

People have been around being people for like 40,000 years, but only in the last few generations have women decided that they’d had enough of being nothing more than the casserole facilitator, and they’d like to be somewhere other than the kitchen.

That’s like 39,940 years of oppression to overcome, and at least a few hundred years of holiday cards.

Let’s consider some of what is still considered “women’s work”, if only subconsciously:

Management of the family “social calendar”

We want to work, to be respected, to have a life and career outside of rearing children and setting a lovely Thanksgiving table. We got the work, and even some of the respect, but we kept the rest, too.

Obviously this list isn’t exhaustive, nor is it applicable in every relationship, but can you see the incongruence?

This isn’t because men are “bad” or sexist, they just haven’t had to do anything any different. Why would they seek that work out? It’s WORK. No one likes to be vomited on.

When I was a teenager, my father told me that he thought the feminist movement was the worst thing that happened to women. Why? Women wanted equality, but all they really gained was more responsibility.

We want to work, to be respected, to have a life and career outside of rearing children and setting a lovely Thanksgiving table. We got the work, and even some of the respect, but we kept the rest, too.

When our toddler starts hurling at 2 am, moms are up cleaning it. But the alarm still rings at 6; the work of the day still waits for us regardless of how much puke we sopped up.

How many times have you seen a dad sitting on a child in the pediatrician's office, while said child screams their way through three vaccines?

How long would the sheets be on the bed before someone besides the female put them in the wash?

What would happen if we just didn’t buy a single Christmas gift this year?

Who is the default meal prepper/procurer? If it’s 6 pm and there is no dinner and no dinner plan, who looks at who and says, “What’s for dinner?”

Who decided that was woman’s work?

It’s not that there aren’t traditionally “male” tasks, it’s just that there are fewer, and most of them don’t involve the tough emotional labor. Mowing the lawn is not equivalent to trying to convince a child that they need a filling or a series of painful injections. Organizing the garage is not the same as organizing birthday parties.

The most troubling thing about this isn’t that our male counterparts don’t think to do these traditionally female tasks, it’s that we so often do them without thinking that we shouldn’t.

It’s why I’m in the dentist Wednesday instead of Monday. It’s why I’m wiping the blind dog’s face. It’s why I’m planning dinner — not because my partner won’t help, but because he isn't the default. I am.

If you like this article, please share it! Your clicks keep us alive!
Tags
Love
Relationships
marriage
work
emotional labor
Kids
parenting