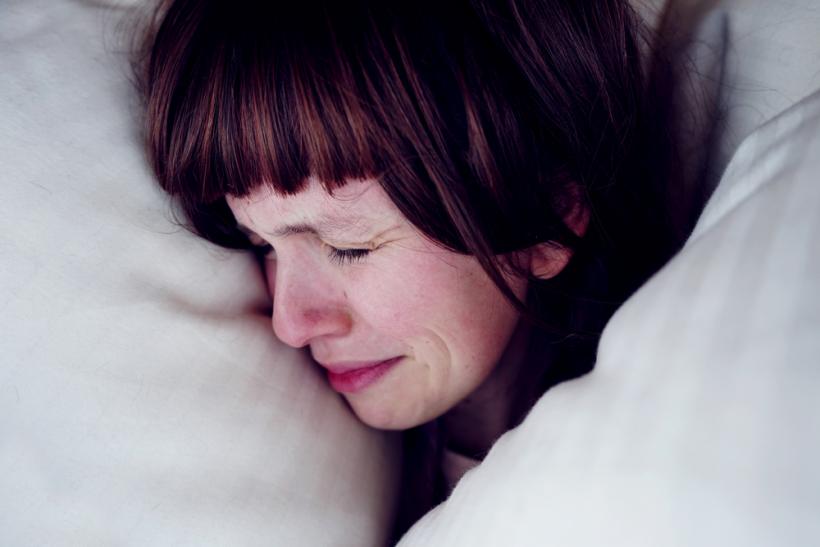 It’s not just that I’m “not a morning person.” Mornings hurt and I experience complex trauma. They make me feel fragile and vulnerable.

How am I going to make it through this day?

For as long as I can remember, that’s the first thing that pops into my head upon the initial seconds of waking.

My parents went through what could be described as an epic divorce. I was in 4th grade when it began. Right around then I anointed myself the one in charge. This meant late nights lying awake in my bed listening intently for anything I believed I had to intervene in.

What I remember is that it physically hurt. My skin, my head, my limbs. It felt absolutely impossible that we had to get out of bed and do this again.​

My younger sister and brother were asleep. They were kids! They needed their sleep!

Late nights led to early mornings, and I still had to go through the motions of a typical 4th grader. I got ready for school and did my work. I did my best impression of an elementary school student with typical concerns, but I was always hungover from vigilance and nightly anxiety.

By the time I was in 8th grade, my mom had remarried, and my siblings and I were enrolled in a new school in a different state. (There was a lengthy custody battle that makes Kramer vs. Kramer look like a comedy, but that’s a much longer story.) For reasons I’m not clear on but that exist in dusty court papers in my mom’s garage, we were ordered to still reside in Rhode Island. This court order meant a 73.1 mile commute to our new school in Connecticut.

We had already enrolled in the school. I was already the new kid in a small class that had been together since kindergarten. And we — as this new, fractured family — were already in the process of trying re-establish some semblance of a peaceful, boring routine.

But that was promptly interrupted because now we had to go back and sleep in beds in a mostly empty house at least five nights a week. And my mom had to get three kids up, dressed and to a school more than 70 miles away. Then we had to turn around and do it all over again later that evening. Not to mention that the house held a recent past we were trying to shed.

I remember the hall light shining in my face when it was still opaquely black outside. My mom was already showered and dressed, trying to give us every last minute of sleep.

What I remember is that it physically hurt. My skin, my head, my limbs. It felt absolutely impossible that we had to get out of bed and do this again. Conduct ourselves as students in 8th grade, 5th grade, and kindergarten. I remember the Dunkin Donuts drive-thru and egg sandwiches. And these tiny little Hostess donuts that they don’t make anymore. I remember listening to our favorite radio station as long as we could and dreading the bend in the road where it inevitably went out of range at exactly the same time every morning.

My tendencies toward being a night owl never went away. The energy and focus I feel late at night is what I imagine all these morning people feel as the sun comes up. When the alarm goes off, it means feeling a flash of panic, dread, and the impossibility of being at this starting line again.

It’s not just that I’m “not a morning person.” Mornings hurt. They make me feel fragile and vulnerable.

Now that I’m a parent, I realize it’s my mom who truly had the hardest job in our old situation.

Because of my husband’s work schedule, he’s gone in the dark, and I’m doing it alone. I hate waking my girls up in the morning. I hate having to pull them out of that safe, sleepy state. They are not morning people either, and the transition into the day is at best a delicate and at worst a painful process.

We live just over a mile from both of their schools. Some mornings getting there feels just as insurmountable as crossing state lines. Most mornings I have to pep-talk myself through it: "Come on, you can do this. Be strong. Don’t cry. You’re ok. You’re ok. You’re ok. Act like this doesn’t hurt."

But they’re on to me. They know I’m not at my best or my strongest.

We pass parents in the parking lot, and I always think they look so together. So dressed! So awake! So full of energy to take on the day!

If you like this article, please share it! Your clicks keep us alive!
Tags
trauma
mornings
pain
woman
mother

Frozen: Stuck In Time After The Birth Of A Stillborn Baby
Kate Suddes