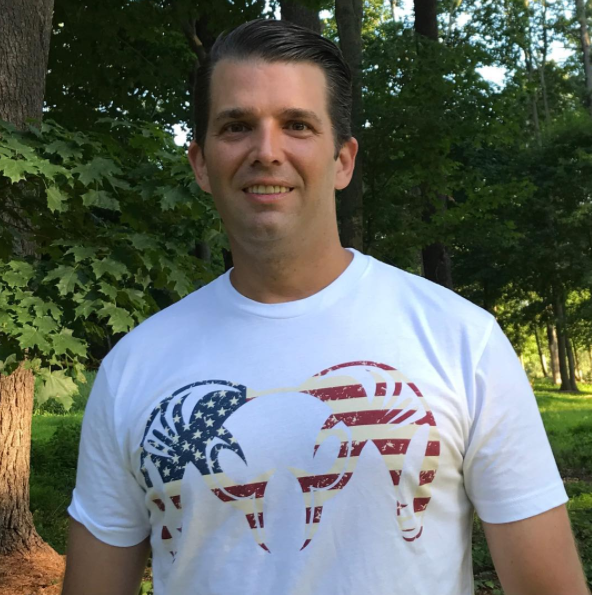 I remember a lot of political scandals. I’ve seen some really weird days here in Washington. I remember when a congressman had to resign after admitting to having tickle fights with his staff. I remember when Anthony Weiner tweeted junk shots and held a press conference about it. I recall a stained blue dress. I know who Scooter Libby is.

But today is flat out the weirdest day I’ve ever seen in politics.

See, here’s what happened. The New York Times reported that Donald Trump Jr. held a meeting in 2016 with a Kremlin-linked lawyer who said she had damaging information on Hillary Clinton for the Trump campaign. Also attending the meeting: Paul Manafort, Trump’s campaign manager at the time, and Jared Kushner, also known as Mr. Ivanka Trump.

All of which is likely still a violation of federal election law that says campaigns can’t take anything of value from foreign nationals.

This is…this is like…OK, imagine if the Watergate burglars stood up in court and said, “Yes, President Nixon told us to break into the DNC offices and yeah, we did it, but we didn’t find anything good.”

It’s still breaking and entering. It’s still conspiracy. Maybe nothing of value was obtained but that’s incidental to all the wrong that went before.

Now, to make matters even weirder, Don Jr. was on Twitter this morning posting the entire email thread from when he set up the meeting. The initial email said this:

That seems to be a clear admission that, from the outset, Don Jr. knew that everything he is currently being accused of was ACTUALLY HAPPENING.

The Russian meddling, the Kremlin favoring his father, the offer to provide information with material value to the Trump campaign. Did he know it was illegal? I dunno. But he went ahead and did it all anyway.

Ignorance of the law is not a defense.

But now the question is why did he release emails that appear to incriminate him? What color is the sky? What is even real anymore?

Every pundit and wannabe legal analyst in the world is sitting around trying to understand what’s happening. It’s like no one can believe what their own eyes are showing them. Is the president’s son incriminating himself? Is this a real, live smoking gun? Is this the beginning of the end of the Trump administration?

And, most importantly, what is Bob Mueller thinking right now?

This story is still developing and I imagine it will only get weirder. Stay tuned.