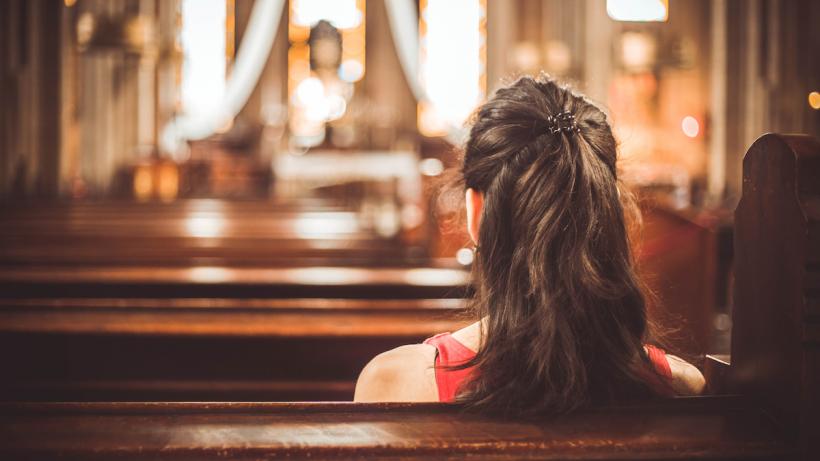 I imagine a watchful Jesus hanging out in the backseat drinking a Coke like my pastor says he does. But when I let them put their hand on my thigh, I see Jesus leave the car and walk away.

Now we’re kissing, and I’m having second thoughts. I don’t really like their hand in my pants, but I’ve never been taught what I’m supposed to “like” or “dislike.”

I say “sure, let’s go to your house to hang out,” so I think that I pretty much consented to sex. Because, as a temptress, it's my job to stop them by saying “I’m saving myself for marriage.”

Even though I wish I could back out, I stay. It’s not #MeToo because that’s for people who didn’t consent to things, right?

In the wake of all the #MeToo stories, it struck me how many of them featured language such as, “they already bought me dinner, so I felt obligated to do something. I don’t know why.”

I instinctually knew why because I had similar thoughts as a pastor’s daughter who was taught celibacy. I knew these victims never had a proper consent conversation because there isn’t any place for it where celibacy is taught. My parents thought that talking about consent would negate their teachings about celibacy, so I never learned how powerful saying "yes" and "no" could be.

The reality is that teens are having sex, and teaching abstinence-only sexual education has dangerous ramifications.

We need to move past telling teens to “picture Jesus in the backseat drinking a Coke” if they are considering becoming intimate. The shame created by scenarios like this leave Christian teens vulnerable in murky situations. While I never experienced some of the horrific scenarios mentioned in many of the #metoo stories, I nevertheless always felt like it was my fault for putting myself in sexual situations. I felt obligated to do “something” that would satisfy the guy so that he wouldn’t be upset at me for leading him on. I felt shame.

I learned that my body was not my own but God's. Therefore, consent would naturally lie within his control. These are not the thoughts of someone who has been taught a healthy view of their sexuality.

My sexual education consisted of my mother and father calling my brother and I into their bedroom and telling us they wanted to answer any questions we might have. After the term “boner” was awkwardly discussed, it was clear the conversation was over. I later received a book that vaguely described a "tingly feeling."

This lack of sexual education is the root of the problem. According to Sharon Hollings, who was raised evangelical, it was "just assumed that I wouldn’t be having sex. Meaning I didn’t have any advice or insight on how to handle things when I did.”

The magic of sex was that when you consented to your partner on your wedding night, you would like EVERYTHING!

It’s urgent that we put young people’s sexual autonomy at the forefront of the conversation.

The denial of real teenage interactions leads to confusion about consent. It leads to non-consensual sexual activity. We need a more realistic approach. The consent conversation is eliminated in celibacy teaching because of the assumption that it might encourage sexual activity.

This becomes especially dangerous for marginalized LGBTQ teens, who are told that they are not allowed to act on their sexual preferences — ever. This puts them in even greater danger for self-blame, when faced with consent decisions. If those teaching would at least offer celibacy as one of many choices instead of the only option, that would allow teens to feel they have control over the decisions facing their bodies.

My friend, who was raised similarly, recently put things into perspective for how she approaches the topic with her children: “If you don’t give people a healthy view of sex without the guilt factor, people aren’t going to know how to protect themselves. You won't be able to listen to that little voice that says something about this isn’t right. You need the self-esteem and confidence to go, 'Yeah nope, I’m out.'"

It’s urgent that we put young people’s sexual autonomy at the forefront of the conversation.

Emphasizing “your body, your choice” will allow them to thrive in adulthood.

We need to move into a realistic view of life, love, and sexuality. We need teens to understand that without consent, they are the victims of a crime. That they are #metoo and not #myfault.

I’m pretty sure that if Jesus was actually drinking a Coke in the backseat, he would agree. I’m also pretty sure He’s switched to La Croix at this point.

Kids And Spirituality: It's Okay To Say "I Don't Know" ​
Susie Mendoza