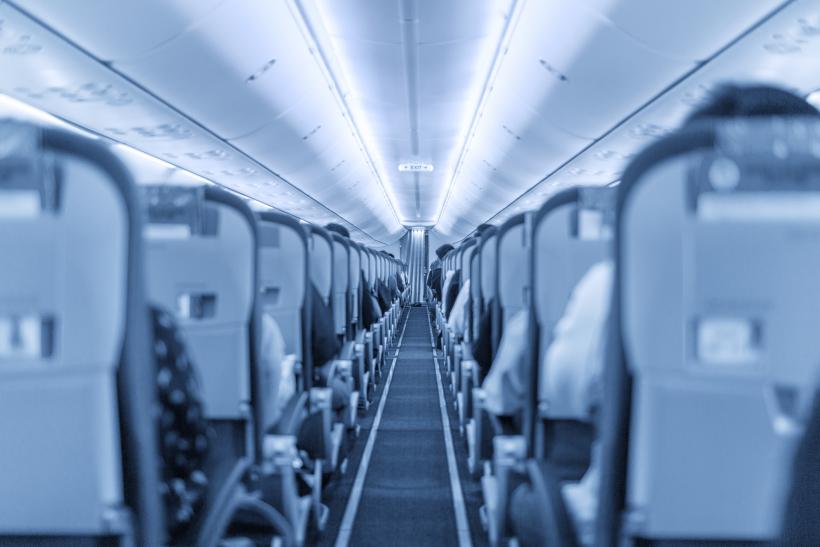 Unfortunately, Spirit oversold Mr. Cordova's flight and, apparently to accommodate one more thin person, they kicked him off the flight.

When this was originally reported, the article cited said that Mr. Cordova was kicked off the flight. The article appears to have been updated to say that he was forced to give up his extra seat.  Some sources are still reporting that he was kicked off the plane. Apologies for the confusion. In either event, this should never have happened and the airlines should not get to decide that it’s ok for a fat person to have no option to be accommodated.

Preparing for a trip from Las Vegas to Denver on Spirit Airlines and knowing how terribly most airlines treat fat people, Joey Cordova went to the trouble and expense of purchasing two seats and calling ahead to make sure that they would have a seatbelt extender for him.

Unfortunately, Spirit oversold Mr. Cordova's flight and, apparently to accommodate one more thin person, they kicked him off the flight.

Let's look at all the ways that this is screwed up:

First, he should never have had to purchase two seats.  The airline is in the business of transporting people from one destination to another, and that should include a seat that accommodates them. Plane manufacturers knew that fat people existed when they built those planes, and airlines knew that fat people existed when they bought them. To blatantly exclude fat people and then try to make that our problem — asking us to pay twice as much as thin people for the exact same service — is simply indefensible.

And don't buy into the BS that it's not financially feasible. Canada has had a "one person, one fare" rule since 2008, and the airline industry is doing fine. In the U.S., Southwest Airlines offers a free second (and third) seat to those who need one, and they are making record profits.

The problem with doing something so completely wrong is that it can't be made right. Mr. Cordova can be compensated for his lost time, perhaps not so much for the stress and humiliation he experienced being paraded off the flight.

Second, he should never have been thrown off the plane so that two thin people could fly. When a person needs two seats, then those two seats should be treated as one seat — which means that they should be kept together. (Harrowing stories of fat people who had to fight the airlines to put the two seats they purchased next to each other abound.) And they should not be viewed as an opportunity to seat an additional thin person should one materialize.

So if the airlines find that their choice to sell more seats than they actually have is blowing up in their face, then the proper course is to use a volunteer system offering greater amounts of money and perks to passengers who are willing to take a later flight. It is not to throw the nearest fat person off the plane and call it a day.

When Cordova explained that he had purchased both seats, the airline said: "We'll take it up after, talk to them when you get off the plane.” So that's obviously crap. Now Spirit is saying: “We're looking into the circumstances. We’ve refunded Mr. Cordova for his flights and will work directly with him on making this right."

The problem with doing something so completely wrong is that it can't be made right. Mr. Cordova can be compensated for his lost time, perhaps not so much for the stress and humiliation he experienced being paraded off the flight.

But the only way to make something right is to do it right in the first place, and that requires that airlines treat fat people as human beings and valued customers.

Despite the fact that it's incredibly simple to accomplish, they have a loooooong way to go to make it happen.

If you like this article, please share it! Your clicks keep us alive!
Tags
John Cordova
Spirit Airlines
fat passenger kicked off flight
flying while fat
fatphobia