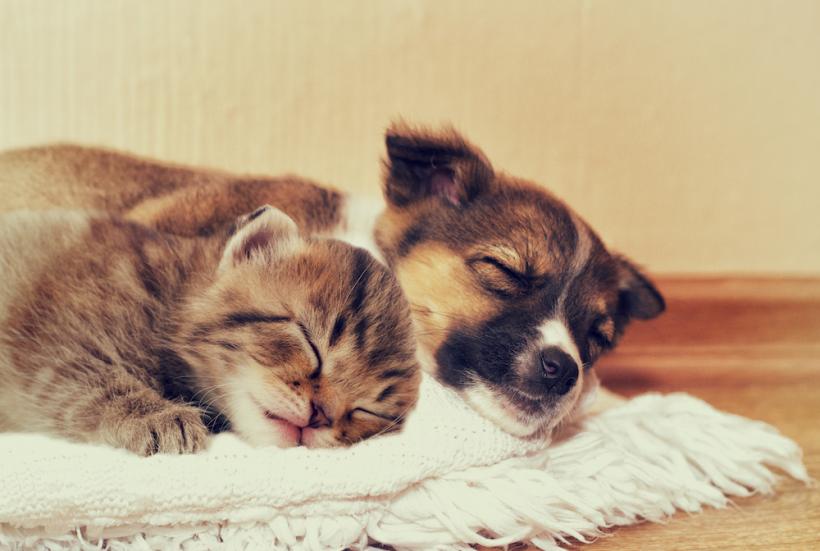 If this doesn't make you feel good, I don't know what will.

Okay. Let’s cut the crap. The world is terrible right now. Puerto Rico is barely hanging on. The entire city of Las Vegas is in mourning. Houston is still a disaster. Then there’s the whole thing with Korea AND the actual President of the United States remains a deranged lunatic.

I cannot even with this week and it’s only Tuesday. So here’s what I’m gonna do for you. I’m going to round-up every awesome, feel-good, happy, warm and fuzzy thing I can find (or at least like 10 of them), and put them all in here.

The Most Feel-Good Song EVER.

This is scientifically proven. Swear to Krishna.

"Songs written in a major key with fast tempo are best at inducing positive emotions," says the University of Groningen, Netherlands assistant professor of psychology, "Virtually all 'feel good' songs were in major key (save one or two), and all of them were at least 10 BPM faster than the average pop song."

It’s so mean to laugh at their misery.

I just can’t help it.

This soldier returning from Afghanistan being greeted by his golden baby.

That is legitimately one of the best things I have ever seen in my life. I wept.

And you can’t have a cat gif without an adorable funny dog gif.

Then there are the cats AND dogs.

There are these old guys singing Can You Feel The Love Tonight, acapella.

I wanna take a nap too sweetie.

And for the grand finale, this classic marriage proposal that really makes most dudes look like total slackers.

Seriously, who has that many friends that can dance? I know like two people that wouldn't kill themselves with their own arms.

Wept for daddy/daughter, SOBBED for this one.

What ever happened to Spencer and Dustin, The Home Depot Couple?

And yeah, Betty Who sang at their wedding.

I'm feeling a little better. I hope you are, too.

If you like this article, please share it! Your clicks keep us alive!
Tags
Happy
video
proposal
marriage
gifs
kitten
Puppies
Soldier
families