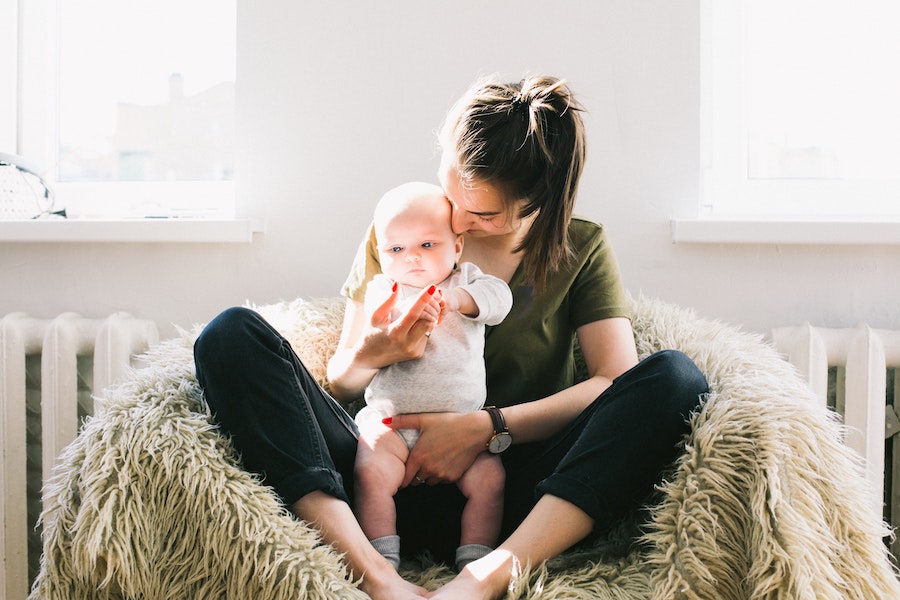 Photo by Daria Shevtsova from Pexels

When my son was born last year, I was also fresh off a transition from working as an editor at an all-women media startup to full-time freelance. That meant I went from working with a team of engaging and intelligent women to hanging out solely with my dog and my baby, neither of whom talked. I’m a little embarrassed to admit this, but my phone became my lifeline.

After all, it was where I could get support via Facebook mom groups, an easy way to communicate with my long-distance friends, even my source of entertainment since I tore through novel after novel during the many hours I spent breastfeeding my son.

But a few weeks ago, I was in the midst of sending an email on my iPhone to an editor. My 1-year-old, fed up with trying to gain my attention otherwise, put his fat dimpled hands on both my cheeks and turned my head toward him, his big blue eyes squarely meeting mine.

It was one of my worst moments as a parent thus far. It also prompted a check-in with my phone's screen time tracking tool. I realized that that day, I spent 4 hours and 15 minutes on my phone. Four hours.

As one might expect, this led to a lot of existential questioning and self-doubt. How can I be a present mom when my attention is constantly being pulled in two different directions? What kind of mother chooses the Facebook ramblings of random acquaintances or a terse email from an editor over her son's sweet gaze and toothy grin? How has my phone affected how my son learns about human-to-human interaction? Am I setting him up for failure, or worse, for a lifetime of screen dependency and anxiety and depression?

I know this is not a new debate. Recently, it’s been said that distracted parenting can be detrimental to both children and their moms, to blame for everything from stunted child development to language delays, even more irritated parents.

But the relationship that stay-at-home (or work-from-home) moms have with their phones isn’t always so black and white. What many critics overlook is that it’s not about wanting to ignore your child. It’s about desperately needing a mental break from the tedious nature of parenthood, a way to find your “tribe,” (if only online), and sometimes, a means of survival. And with postpartum depression affecting 15% of new mothers, this support system isn’t something to write off simply because it lives on your phone.

Not to mention phone usage during the day is necessary for those who work from home. Since I work for myself, I don’t always feel tied to my email account or pressured to respond immediately. But I do employ the 24-hour response rule, especially for longterm clients. There will always be times when I have to write a quick response to an editor or source while my son is awake. I can only hope that the benefits of me maintaining my career will outweigh the risks of so-called distracted parenting.

That being said, I am making an effort to cut down on phone time during my son’s waking hours. I still use the built-in screen time tracking tool on my iPhone to keep tabs on my overage phone usage, and set daily, one-hour limits for Instagram and Facebook. I’ve found that if I stay under these self-imposed limits, I can mindlessly scroll, guilt-free after my son is asleep.

I’ve also realized that my early phone dependency was a way to cope with loneliness since I experienced two major transitions at once –becoming a mom and becoming a full-time freelancer. In a way, my world shrunk when I had a baby. But it also expanded in ways I never thought possible. Parenthood is weird like that.

These days, my son’s personality is unfolding more every day. He’s giggling, playing, even learning shapes and colors. And I find myself reaching for my phone less and less. What’s happening on the other side of the screen is much more exciting, anyway.

If you like this article, please share it! Your clicks keep us alive!
Tags
parenting
motherhood
mother
support