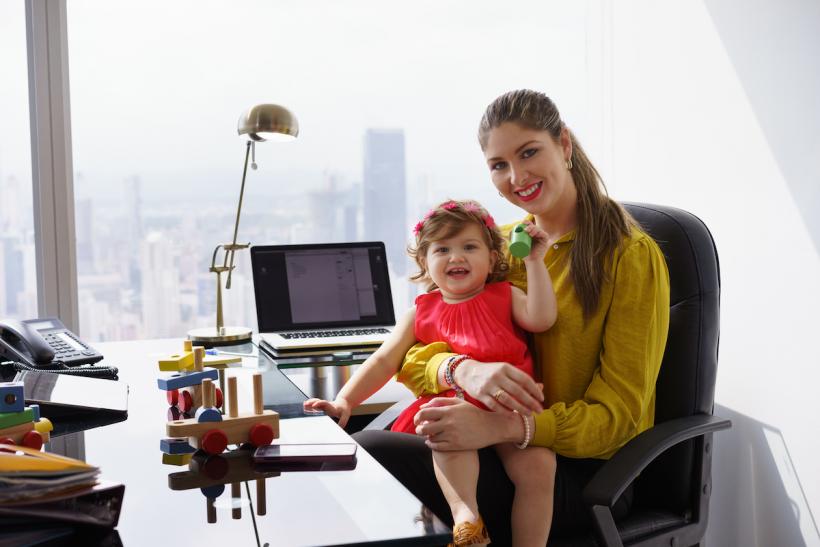 She showed me exactly how powerful women can be.

I was 13 and it was Celebration Evening at my new school. It was the end of a big year and I was receiving an award. I had achieved “excellence” in whatever-the-subject-was and I yelled at my mom in the car park because she was late and didn’t get there in time to see the presentation. I was furious. It was dark and cold and I had been so nervous and my mom hadn’t been there.

It was one of many nights where I would slam doors or storm off or say something nasty because my mom wasn’t like other moms.

She wasn’t there in the mornings. She didn’t pick my brother and I up from school. She would bustle in the door before dinner, a stack of blue folders under her arm, her keys in the other, and she would work into the night — before disappearing in the morning once again.

I was 13 and the whole world was against me. I was a brat and my mom worked hard.

Now, research has shown that children of working mothers develop faster than children who stay at home with their parents.

The study out of the Health Economics Research Centre at Oxford talks about a child’s capacity to cut shapes with scissors and speak in two-word sentences. It talks about the benefits of sending children to nurseries and day care. That socializing and learning in these environments helps improve dexterity and talking capabilities in young kids.

I don’t know about childhood development. I’m not a mother and I don’t recall my own development (I do know I was never awarded for cutting shapes with scissors. Triangles are not my strong suit.).

But I do know I’m grateful. And very, very proud.

Once I surpassed the chasm of teenage-hood, where mothers and daughters are separated by a thick wall of misunderstanding, and anxiety, and the “you’re-so-unfair” slamming of doors. I discovered all the things my mother taught me.

She worked five days a week, sometimes on weekends, a lot of time after hours, when my brother and I were little.

She showed me exactly how powerful women can be.

That a mother can start studying law when she’s 36 and graduate years later with distinction. That a woman approaching her forties can slowly but steadily work her way to the top tiers of her profession. Before she entered the courtroom, she was a primary school teacher.

I’m grateful for the way her work made room for my dad.

My dad who also works full-time, was responsible for the lunchbox ham sandwiches, and picking us up from after-school care, and helping us tie a shoelace before a soccer game. It showed me that stereotypes mean nothing. That equality is harmonious.

Most of all, I'm thankful to my mom for working oh-so hard, because it gave my brother and I opportunities we otherwise wouldn't have had.

I'm not discounting this experience, but I don't know any different and I am grateful.

Because, when the time comes and I talk about having children with the person I love, I will know that I too can work and strive and kick my own goals and that everything will be okay, that I will be setting an example from which my children will learn, that, even if my 13-year-old daughter yells at me in a car park for being late because I was working, one day she will understand — and, more than that, she will be proud.