One Year Post-Op Hysterectomy: Life Without A Uterus 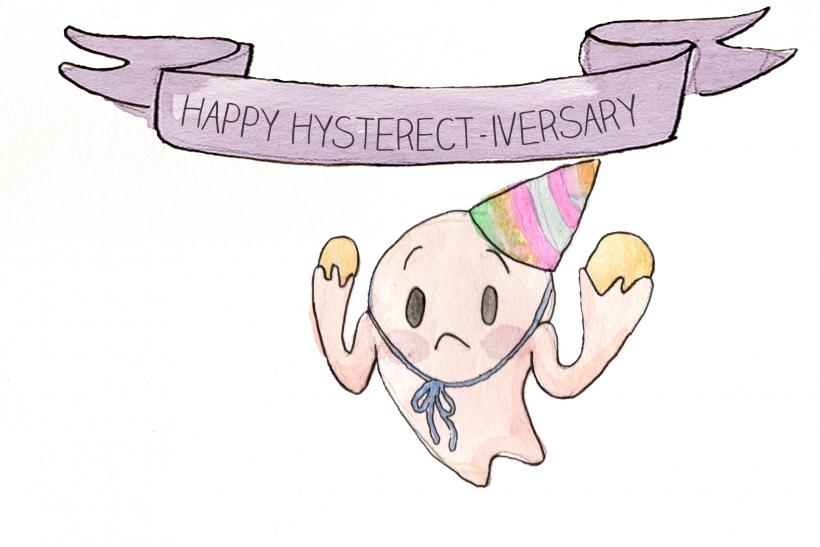 I can’t believe it, but it’s been a year since I started my life without a uterus.

A bipolar, body-positive bread enthusiast with a pretty much healed ankle and a history of disordered eating, continues to try to figure sh*t out.

It’s been a year since I said goodbye in this poignant (if ridiculous) letter.

Where are you now?

Sorry about that, but really, you’d served your purpose and just started causing a lot of problems.

I don’t miss you even a little bit.

Yep, I can’t believe it, but it’s been a year since I did an unintentionally intoxicated Facebook live.

Damn. Whatever that drug was, it must have been good because I don’t even remember that.

We met here at eight weeks post-op and things were going pretty good. Surgery was no biggie. Post-op gas made me want to die so hard (took ALL the Gas-X). At the two week mark, I had some crazy bleeding that scared me pretty good. But I wasn’t dying, just popped a little vessel or something.

Things felt weird in my non-cervix cervical area for a while. And there was a bumping sensation going on there during sex, but that’s all good.

I think now that I am a year out, my hormones have chilled and my internal organs have moved around into whatever place they are going to stay. Unforeseen long-term complications aside, I think I can comfortably tell you what not having a uterus is like.

1. OMG LIFE WITHOUT A PERIOD IS THE BEST EVER.

Having surgery is not awesome. But if I had fully understood what not having a period would be like, for real, I would have been like SIGN ME THE F UP.

2. I can have sex whenever!

I never have to worry about starting my period in some inconvenient circumstance, like while I’m having sex. Or when I'm about to have sex. Or when I'm on vacation without kids and might have a chance to have sex like during the day or something crazy like that.

Did I mention sex?

It’s not all about the sex though.

No trying to discreetly wash out my bloody dripping Diva cup in the sink of the Target bathroom. No pads for the light days. No. No.

I mentioned that I was having phantom cramps, and I still do a little bit. But these are not period cramps for real. They are annoying (but definitely perplexing) at most.

What I do still have is cycle-related diarrhea.

Did you know that diarrhea is a common occurrence during your period?

Yep. It’s all about the prostaglandins.

PRO TIP: Start taking Ibuprofen (600mg every 6-8 hours) a day or two before the period train pulls into the station. Ibuprofen is a prostaglandin inhibitor which means no (or at least less) diarrhea.

I never could have told you when I ovulated before they yanked out my babymaker. But now, every egg drop feels like the birth of a microscopic baby. Microscopic, but a baby either way.

I initially had problems with bladder urgency. Like: I’m fine, I’m fine, I’m fine, OMG I’m GOING TO PEE MY PANTS. I think this may be because my bladder was like, “OH HI. I used to be right under the uterus you STOLE like a dirty thief without my consent.”

I still pee my pants, but that’s just my unfortunate luck, not related to my lack of uterus.

I don't think I'll have anything further to say about my empty womb.

I don't want more babies, not even a little tiny bit (I have had lots of NIGHTMARES about being pregnant in my abdominal cavity, though). I don't miss my moon time, or whatever. I'm living that uterus-less life like a period-free sex-having boss.

10/10 recommend hysterectomy in circumstance where one is an option.

If you like this article, please share it! Your clicks keep us alive!
Tags
BBA
Beyond Before & After
self-care
self-love
hysterectomy