The Time I Was So Depressed I Slept Under My Desk 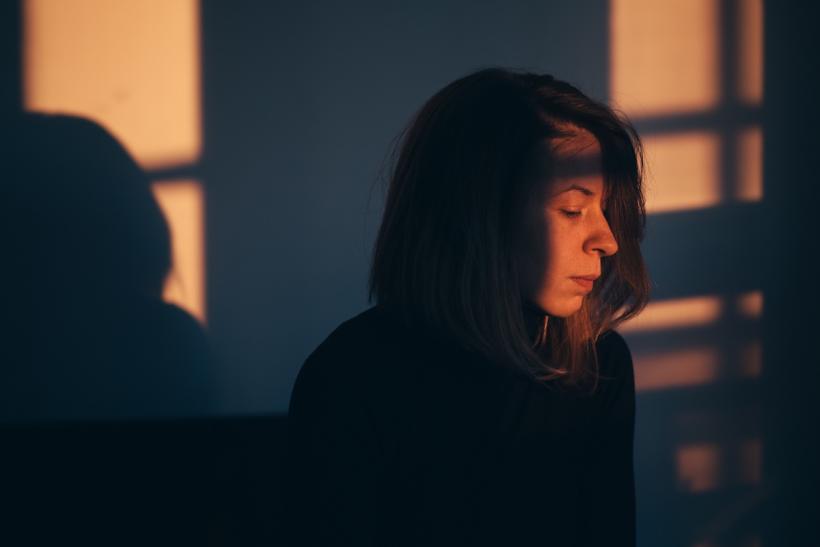 I was really f*cking depressed.

I developed a lot of stereotypes about Germans during my time occupying the 36-cubic feet underneath my laboratory workstation. Germans, I decided, in a constant blur of unrealized sleep goals, were punctual, diligent, and altogether appallingly wholesome people.

I came to these conclusions based on a single data point: One of my fellow master’s students, who arrived every morning on his bicycle at 7:30am, poured himself a bowl of muesli, and listened to the news on his laptop before starting work. He left to go to courses but otherwise worked quietly in his corner until 7pm, when he enfolded himself in his rain gear and cycled home.

It was his fault that I couldn’t sleep in. Every morning I set all manner of alarms on my phone: 3:46am. 4:30am. 5:53am. 6:02am. Lots of odd numbers, like I could surprise my thumb into not switching them off before I was completely conscious. But I could never muster the willpower to crawl out from my desk cave before I heard the slam of the door downstairs and the clinkety-clink of my classmate’s drive chain. Then I was up, rubbing my contacts back into place, pulling out a different sweatshirt from my drawer so I could change out of the one I slept in (I rotated among three), all in the misguided belief that not everyone in lab knew that I was sleeping there.

The reasons for my residency in a pile of sweatshirts were myriad and uninteresting. My apartment was a 45-minute commute away from the university. I was depressed. My flatmate didn’t like me. I was depressed. The last train was at midnight, and I couldn’t always make it. I was depressed. The workload, between classes, research, showering, and finding food to put in my mouth, was oppressively heavy, when compared to how much energy I had. I was very depressed. I couldn’t be sure I would wake up on time to make it to my classes if I went home.

I was really fucking depressed.

At first it was just a night every couple weeks — just to catch up on my work — then a couple nights — then the first part of the week—until I stayed six nights in a row. I bought a five-dollar sandwich for every lunch and had pasta cooked in the lab kitchen for every dinner. There was a shower downstairs in the lab, where I had stashed some off-brand shampoo from the campus convenience store. By the standard of “not having overwhelming body odor” I figured I was taking decent care of myself.

Later someone tried to explain to me: Everyone here knows you are sick. Everyone knows. But I couldn’t understand that, somehow: How could I be naked with my sickness in public and, simultaneously, unseen?

Sometime in April my German co-researcher, he of the early-morning muesli, and another student, an ebullient Frenchman, excitedly beckoned me over to their corner of lab.

“Go look under your desk,” they said. “We got you something.”

I dutifully went and looked under my desk. A gray foam camping mat was rolled up and secured with a bungee cord, tucked in a corner that was not visible from the entrance.

Early in that term, I went snowshoeing with a couple of the PhDs from my laboratory. We took a train heading east late in the afternoon, then a funicular up to the snowline. We strapped on our paddle-like shoes and paced up a trail in the moonlight, crunching over the pale shadows of snow and brushing through the darker, bristling shade of pine trees. It was a brief reprieve before the deepest sadness set in later that month, when I became obsessed with craft knives, how much medication I was being prescribed, and passing commuter trains.

On the way there, we talked. There were four of us sitting in a square on gray fabric seats, our bags tucked into the luggage racks above. I remember very little of that conversation, what came before or after the comment made across the folding table between the seats.

“There are two kinds of suicidal people, the ones who really mean it and the ones who are just doing it for attention.” I can’t even remember if anyone else argued with her.

I thought, Would it matter if she knew that I typed up a pro and con list?

And also, Am I doing this for attention?

The nadir was sometime in the weeks between when I overdosed on anti-anxiety pills and when I went up to the roof to start calling suicide hotlines.

A few of my labmates avoided making eye contact with me, the troll in the office furniture, for months after the benzo incident. It was unintentional—I didn’t mean to take nine when the limit was three—but my face had apparently frozen into a hostile expression sometime in February. Or maybe it wasn’t the overdose; at that point I was crying every day. Sometimes for an hour. Sometimes for hours.

No one said anything to me until after my graduate tutor scheduled a meeting to ask me to take some time off. One wants to keep some professional distance was one explanation; maybe this isn’t the right place for you was another.

The truth is that I only slept on the camping mattress one time. My back couldn’t tell the difference between sleeping on the foam and directly on the carpet. It was more comfortable to ball my sweatshirts, my ski jacket, and the extra pair of jeans I had forgotten to take home into a little hillock that I could use to prop up my upper body.

The gray roll wrapped in a bungee stayed under my desk because it meant someone could see me. Even the scary, inappropriate part of me that couldn’t get home in spite of the twice-hourly commuter train. Even the whacked-out, slimy little alien larva of a soul that was keening, howling, yes, for attention.

I am not saying that what was and probably still is wrong with me is a thing that my labmates should or could have been able to fix. But I am saying that when I started practicing with my craft knives, judging how much scratching my arms hurt (because I am, and always have been, a planner, a pre-planner, a strategist, and I did not want to try slitting my wrists without knowing what level of pain to expect), there was one person who admitted he saw what I was doing.

Later someone tried to explain to me: Everyone here knows you are sick. Everyone knows. But I couldn’t understand that, somehow. How could I be naked with my sickness in public and, simultaneously, unseen?

I am better now. I don’t know if I will stay better. I do the therapy thing. Sometimes it seems like a good idea, and sometimes it seems like I am paying to explain how I can’t deal with everyday life. I did the antidepressants thing. Apparently I am really, really good at metabolizing sertraline.

There is a desperate human tendency to look for meaning: in the face of random cruelty and unkind accidents of brain chemistry, we want our struggles to mean something. It’s too big and too terrifying to let the universe be as unfeeling and stupidly blank as it seems to appear.

Look, I am pretty much OK with imparting meaning to the meaningless. I am OK with lying down on my sheets, putting my head on my pillow, and pulling my duvet in its duvet cover over my head, all on my bed that I sleep in every night, and knowing this is a promise to remember the view from the floor. I am OK with saying: yeah, even when I was an unsightly little desk troll, a mythical creature wailing uncomfortably in the night, there were people knocking on the tabletop and asking if I wanted to eat prepackaged fried potatoes with them. There were people responding to my emails saying: Please look at me.

I want to be the one who sees.

The Time I Was So Depressed I Slept Under My Desk
Sharon J. Gochenour