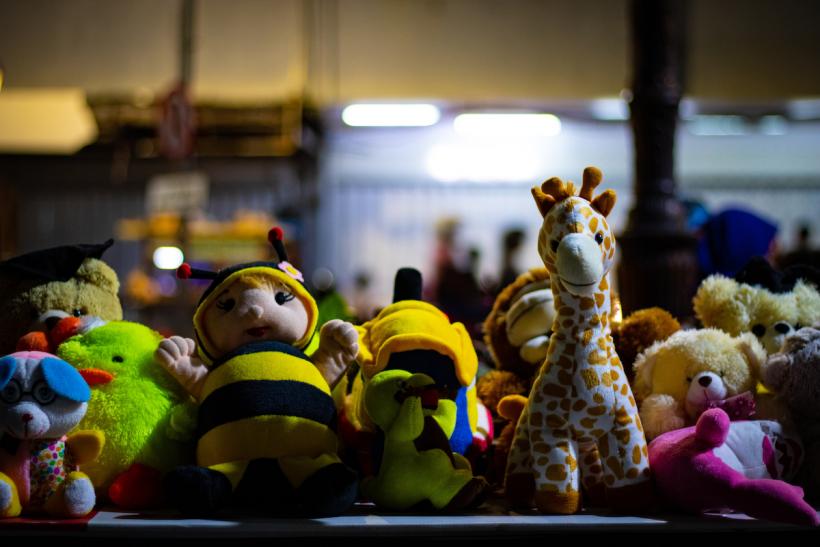 Photo by Niko Lienata on Unsplash

As I walked through Coney Island with a date, a woman walked by, holding a small blue stuffed teddy bear. “I don’t understand why an adult would want a stuffed toy,” my date scoffed.

“Right?” I lied, looking longingly at the soft plush bear that I imagined would have just the right give if I hugged it.

I don’t typically lie to a date (or in general), but I was ashamed of my desire for wanting stuffed animals as an adult in my late thirties.

It’s hard enough to date in your late thirties, and I’m aware of what many people think of someone who might want a stuffed animal as an adult — immature or, worse, just plain messed up. Most of us, but especially those of us who do have a history of trauma, worry more about being seen this way.

I got rid of all my stuffed toys after my mother died of breast cancer when I was fourteen. I had always felt like an old kid — maybe partly because I had to grapple with my mother’s long illness, or because of my general artsy-weirdo disposition (I was the only kid who wasn’t bored during Fantasia and spent a lot of time reading and making art).

But in the months that followed my mother’s death, I felt I had aged too many years, something inside of me turning brittle. My nickname in high school became “Grandma.” It didn’t help that my actual grandmother, who had often taken care of me when my mother was sick, who always rubbed my back and comforted me, scolded me into being an adult before I was one.

"You need to take care of your sister and clean the house,” she said. “You’re the mother now.”

And so, when an aunt asked if I wanted to donate any of my old toys, I shoved all of them into a black garbage bag, closing them into the darkness without even looking at them one last time. The soft white seal with the gleaming black eyes. The black Pegasus from Fantasia that I kept a knitted blue collar on. The enormous lion I thought of as Aslan from The Lion, the Witch and the Wardrobe. And many others that I can no longer remember.

Over the years that followed, I lived with very little physical affection of any kind.

My grandmother had become so hard and angry, and my father had a sort of breakdown. Even though my extended family did help out, I often felt like a burden to them. I was acutely aware that I was no one’s priority. The loneliness became a cold ache along the edges of my skin.

To cope, I buried the part of myself that wanted softness, touch, and love into the recesses of my psyche. I tried to pretend that I didn’t have any needs at all. Maybe then, I thought, someone would love me.

Over the decades as I’ve grown from a kid who had to take on too much, too early, into an actual adult, I’ve been slowly reconnecting to this tender part of myself. But it’s still hard.

It’s helped to understand that the need for touch, for tenderness, is the most profoundly human need. Harry Harlow, a pioneering psychologist, found that when he offered tiny howler monkeys the choice of a cloth mother who was warmed with an electric lamp and a cold steel mother, the monkeys would cling to the warm, soft “mother” even when she had no food to offer them.

When they got too hungry, the monkeys fed on the steel mother and then returned as quickly as possible to the embrace of the soft “mother.” He called this need “contact comfort,” and in his article The Nature of Love, he even included an interlude of poems about animals and their caregivers. In one titled “The Hippopotamus,” he writes: "This is the skin some babies feel/Replete with hippo love appeal./ Each contact, cuddle, push, and shove/ Elicits tons of baby love.”

His point: humans are animals, and human animals need to know the experience of love, not just with their minds, but with their bodies — the two are braided together.

I know I’m not alone in seeking contact comfort through an object. In the podcast, Hidden Brain, NPR editor Alison MacAdam also discusses Harlow’s work as she confesses to curling up every night with her baby blanket “Baba.” MacAdam and others have explained that a stuffed toy or blanket is what psychologists call a “transitional object” — a kind of placeholder for self-soothing, something warm and soft that feels like the caretaker, who is also, hopefully, an embodiment of these qualities.

These objects are acceptable for children to have, but once we become adults, we are expected to banish the soft reminders of our child-animal selves to the storage space, or maybe to a shelf where we make it clear the once beloved object is now only to be looked upon, but no longer cuddled. And yet, I know many adults —wonderful, mature, sophisticated people — who sometimes (or always) snuggle with a beloved stuffed toy.

Some of us lost our caretakers too soon, or never really had them at all. And others just long for some cuddling.

Perhaps we can be less judgmental of those who need something warm to curl up with at night, even if it's a stuffed animal.

It can be hard to be alone, especially when you don’t want to be.

In the book How to be Alone: If You Want To, and Even if You Don’t, Lane Moore writes about how she longs for contact comfort, especially when she’s upset. She says even though she’s ashamed of the need, sometimes she just wants someone to brush her hair and let her cry in their lap. She points out that we “section off physical comfort and intimacy so heavily. We reserve it for partners only, and platonic friends can only chitchat, and that’s it. How can you tell people to be okay with being single while also telling them they can only get the basic human needs of physical touch from not being single?”

When I went on a date this past year, I ended up in a museum gift shop and stopped in front of the stuffed animals, marveling at the array. I picked up a stuffed whale and hugged it.

“Well maybe I have to draw the line at buying a stuffed animal on a first date,” I said.

Even though I decided I wasn’t compatible with this person, I’m glad I admitted to the desire I had without feeling ashamed — next time though, I hope I just buy the stuffed animal if I want it.

If you like this article, please share it! Your clicks keep us alive!
Tags
comfort
stuffed animal
trauma
touching
affection 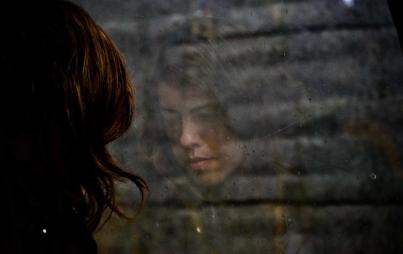 Ask Erin: Should I Accept My Friend's Apology For Sexually Assaulting Me?