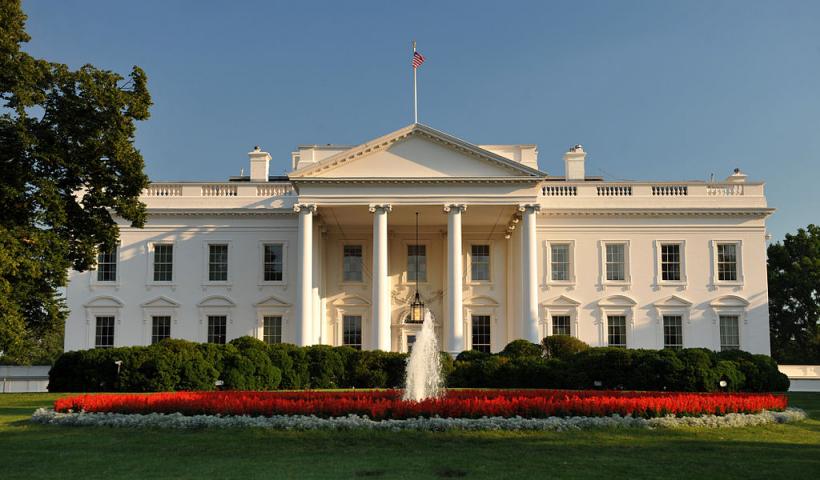 President and interior design prodigy Donald Trump this week told members at one of his golf resorts — I don’t know which one because I don’t actually care about his ridiculous real estate
holdings — that he leaves the White House a lot because it’s “a real dump.”

Politico describes improvements scheduled on the executive mansion this summer, saying that flies and faulty air conditioning are a problem for staffers. There are other challenges in maintaining the 217-year-old building.

“The maintenance people work hard, but when you’ve got a place that runs 24-7, it’s hard to keep it all in decent shape,” according to one White House official.

Yeah. It is kind of hard to keep a big building that’s a residence and an office and a tourist attraction up and running flawlessly, especially when the building is literally centuries old and has to be constantly updated to keep it secure.

At times the building needed more than just updates. In 1814, it was gutted by a fire set by invading British troops. Nothing remained of the building but the exterior walls. One of the only objects that saved was the portrait of George Washington that First Lady Dolley Madison ordered White House staff to remove before the British could harm it.

You know what Mrs. Madison never said, either before or after the fire? That the White House was a real dump.

In the centuries since that fire, the White House has been updated to bring in electricity, telegraph service, phone service, internet service. The rooms for discussing national security became more and more secure, now being basically fortresses of security within the walls of the White House. Plumbing has been updated. Central heating was introduced.

In between all those changes, different families have moved in and out. Children have run around the residential rooms and dogs have dozed in front of fireplaces. Christmas decorations have been put up and taken down, while thousands of visitors were invited to come see the festive touches. Presidents and their families have lived and died in those rooms, celebrated and grieved, made the decisions that have shaped our world.

Yeah, the White House is old, and it shows its years. But it's not a dump. It’s a home.

Well-loved and well respected, like the best of homes.

If you like this article, please share it! Your clicks keep us alive!
Tags
donald trump
Politics
white house