My Body, My Choice: What Body Positivity Activists Get Wrong About Weight Loss 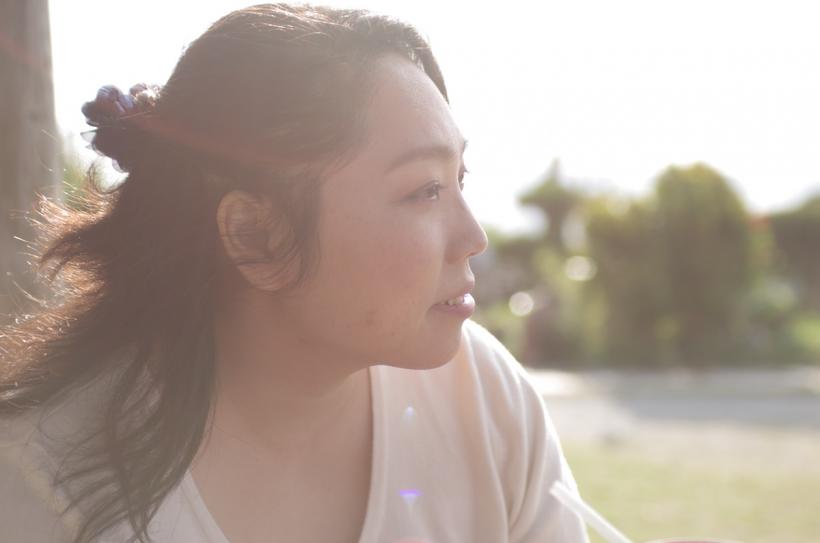 Image by Shinsuke Inoue via Unsplash

I remember the first time I wore shorts in my fifth grade class. They were jean shorts that rode up my chubby thighs and I spent half of the day pulling them down, feeling self-conscious. Sitting down during the lessons, I looked down and hated the way my bare thighs looked against the chair — spread out and squishy.

That was the first time I realized my body was different than those of my classmates, who were rail thin and didn’t seem to have the kind of thighs that would cover the entire chair when sitting. I never wore shorts to school again.

I spent most of my life struggling with my shape and weight until I reached my thirties and finally felt comfortable enough in my body to do the thing I had always wanted to do: take boudoir photos. It was a huge accomplishment for me to be able to open up for those photos, in particular because I still don’t feel comfortable with the size of my thighs.

But not loving certain parts of my body no longer stops me from embracing my body as a whole. I am proud of where I am now in regards to my mental health, to my confidence, and to the hard work I put into focusing on my own body positivity.

For me, loving my body is about understanding that it’s okay when it inevitably changes, that I want to nourish it to the best of my ability, and that I acknowledge that everything about my body is my choice and nobody else’s.

I honestly hope that everyone feels that way, too: What I do with my body is ultimately nobody else’s business, and it’s none of my business what others do with theirs.

Recently, I was subjected to a litany of verbal abuse in a Facebook group created to support a community of women. After I proudly wrote of how my life had changed for the better in the past year, a story which included unintentionally losing 15 pounds due to going part-time vegetarian, I was attacked by those that felt my personal story was fat-shaming and causing them great distress. While I initially attempted to respond and emphasize that this was simply my personal story and that I did not (and have never) judged anyone else for their size, those so-called body positivity advocates just kept pressing.

I finally gave up after one woman questioned my use of the word “healthy.” When I tried to explain that, to me, healthy eating was an important part of taking care of my body and my mental health, the woman kept insisting over and over again that no food is inherently healthy or unhealthy and that eating a bag of Cheetos was no different from snacking on baby carrots.

Astounded, I finally gave up arguing with her. It simply wasn’t worth it continue to point out that, scientifically, certain foods are more nutritious than others. It’s common sense that drinking a two liter bottle of soda is not going to be great for you, whereas drinking two liters of water a day probably will. There have been countless stories and studies on the addictive effects of sugar and, as a recovering alcohol addict myself, I knew it was best for me to stay away from sugar as much as possible lest I replace one addiction with another.

But the ultimate point for me is that staying away from sugar, eating baby carrots over Cheetos, and purposefully losing weight is not a choice that I would push on or make for anyone else. But it’s what felt right to me. I simply couldn’t understand why I was attacked by the body positivity community for telling my own personal story. My story includes getting a gastric bypass eight years ago, losing and keeping off 90 pounds, and most recently going part-time vegetarian (which helped me drop the few pounds I had regained in the past couple of years while dealing with my alcoholism) — and yes, it also includes struggling with and ultimately falling in love with my curves.

Recently, Joni Edelman (the editor-in-chief of Ravishly) has faced similar criticism for her post on breaking up with the body positivity movement. In a reported piece that included an interview with Joni and some of her fans, followers, and friends, Refinery29 writer Kelsey Miller wrote about Joni’s essay and some of the negative reactions others have had to it.

“How can I love my body and want to change it? Can I do both?”

What I found out from my own brush with the body positivity community was that some people certainly don’t think that both are possible. But as someone who takes a lot of pride in loving my body, pride in having lost weight, pride in eating healthy and treating my body well, pride in taking care of my mental health, and pride in not judging what others do with their own bodies, I still don’t understand how a group that strives to better people’s lives is also so gung-ho about bullying anyone who doesn’t agree — or anyone who simply makes different choices than them and has the audacity to share those choices on the internet.

" We should allow each woman to find her own inner and outer beauty, and to determine these things for herself."

Loving my body shouldn’t mean that I don’t take care of it. Loving my body shouldn’t mean that I let it go and eat whatever I want if that’s not what I want to do. If someone wants to eat Cheetos and drink soda all day, more power to them. But isn’t body positivity all about embracing that bodies come in all different shapes and sizes, that bigger bodies are beautiful too and that we shouldn’t bully those that are outside of the “beauty standard”?

And if someone wants to lose weight, whether her reasons are to help an injury, or to feel physically better, or because it’s medically advisable, that should be fine too.

Talking about wanting to lose weight isn’t inherently fat phobic in the same way that getting an abortion doesn’t mean that you hate kids.

Ultimately, what a woman does to her own body isn’t a judgment on what others do to their bodies.

The part of the conversation that the body positivity movement seems to be missing, in their quest to shame anyone who openly talks about their weight loss or who dares to express that they’re unhappy with their weight, is this: Please respect my choices with my body, just like how I respect yours.

My Body, My Choice: What Body Positivity Activists Get Wrong About Weight Loss
Irina Gonzalez