I Picked My Partner Because He Doesn't Believe In Circumcision 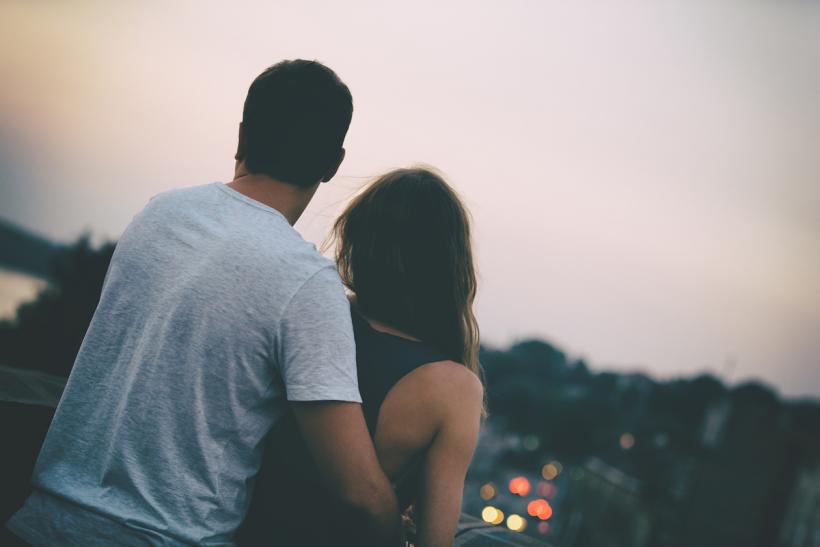 It gives me great confidence in our relationship that we agree on the important issues — be that a woman’s right to choose or a family’s right to keep their baby boys intact.

Circumcision is a tricky subject to talk about. While most of the developed world keeps little boys' penises intact, the United States is still behind the times on this topic.

More and more families are choosing not to circumcise their children, but women still aren’t fans of foreskin. Yet some women feel so strongly about the decision whether or not to circumcise that they believe it’s their decision and not their husband’s. After all, just because he has a penis doesn’t mean he should make all the decisions for a child who just so happens to have one too, right?

And while I can respect a woman fighting for the right to choose whether or not to make this critical decision at the very start of her child’s life, for me it was always clear: I would never circumcise my son, and I wanted a life partner who agreed with me on this critical issue.

Growing up, uncut penises never seemed like a big deal to me. My family came to America when I was eight years old from both Russia and Cuba, two countries where circumcision simply isn’t the standard as it has been in the U.S. for decades. As far as I know, no men in my family were circumcised — and I grew up with knowing that as the norm.

As I got older and learned that some of my friends, both men and women, thought that uncut penises were “yucky” or “weird looking,” I was surprised. What exactly was so weird looking about a man who still had his foreskin?

To me, it was simply something people were born with that wasn’t necessary to remove if you lived in a place with plenty of soap and water, access to information about how HIV and other STIs are transmitted, and generally had the knowledge of the functions of foreskin. Properly cleaning it and putting on a condom just didn’t seem like a big deal. And as for the supposed unsightliness of an uncircumcised penis? Well, just too bad. I wouldn’t want a man to reject me for looking a little different than his last girlfriend down there, and I certainly wasn’t going to do the same.

When I started to think about how my personal history and affinity for a more natural penis would affect my future, thoughts immediately went to kids. I knew, deep down, that I would never want to circumcise my child. To me, it seemed barbaric and unnecessary. And while I can respect the Jewish tradition of a bris, it just wasn’t for me or my future kin.

But after bringing up the topic to friends and dates, I realized that my choice not to needlessly circumcise any future children I may have was a lot more complicated than I first expected.

Although 70-80% of men worldwide are uncircumcised, the American Academy of Pediatrics has decided that circumcising male infants has benefits that outweigh the risk (though the report has been shown to use bad science and bad ethics). Friends argued that circumcision helps to reduce the rates of HIV and other STIs, while dates often emphasized that it should be daddy’s decision whether a boy is cut or not — and most of them were uncomfortable with the possibility of their kid looking different than them.

"It gives me great confidence in our relationship that we agree on the important issues — be that a woman’s right to choose or a family’s right to keep their baby boys intact."

Soon enough, I realized that what I needed in my life was a partner who not only was open to my ideas and opinion, but who understood as I did that circumcision wasn’t an option.

Unfortunately, finding a man who will comfortably discuss the possible circumcision (or not) of his future children on the first few dates was pretty rare. I fought with Jewish dates who felt I was disrespecting their religion — I’m not — and with men who were afraid that women would someday reject their male children if they were uncircumcised.

But still, I pressed on. The aversion to circumcision quickly became one of the top qualities that I looked for in a partner, and I knew that I wouldn’t be satisfied until I found someone as confident in this decision as I was.

After all, this wasn’t something to be taken lightly, or something that could be negotiated down the line — this was something that would affect our future child for the rest of his given life.

When I eventually met the man I now plan to marry and the topic of circumcision came up, it wasn’t long before I realized that he understood this complex question as well as I did. He’d known the science, the cultural significance of circumcision, and the history of why it had become the norm in the United States. And through it all, he felt as I did: No, thanks.

Knowing that my partner is on my side has helped to ease a lot of the tension I used to feel when this topic would inevitably come up whenever kids were mentioned. Knowing that we have a lot of similar beliefs and desires in life has, in general, been a top reason why I fell in love with him in the first place. It gives me great confidence in our relationship that we agree on the important issues — be that a woman’s right to choose or a family’s right to keep their baby boys intact.

As for me, I always knew the choice would be an easy one. And, more than even some of the other major life decisions we agree on, I’m glad that my partner and I see eye-to-eye on this one.

If you like this article, please share it! Your clicks keep us alive!
Tags
circumcision
parenting
Politics
Relationships
motherhood

My Body, My Choice: What Body Positivity Activists Get Wrong About Weight Loss
Irina Gonzalez