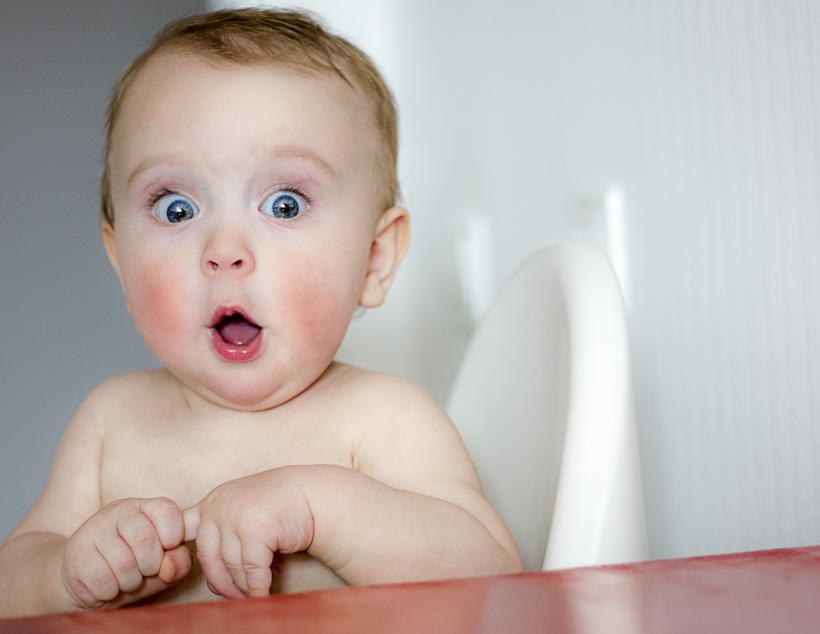 The goddamn election has turned me into a cursing motherf*#+er.

My formerly pristine mouth now routinely spews obscenity-riddled tirades. With a new reason for outrage every day, I drop the eff-bomb with aplomb.

The kids are wondering what this imposter has done with the woman formerly known as (prudish) Mom.

My son took me aside. “Um, Mom?” he said quietly. “I’ve been meaning to talk to you about your, uh, language.”

I reddened. I was being called a potty mouth by the kid who once had his mouth washed out for the same offense.

I could understand the disconnect. When I was a little girl, profanity was strictly prohibited in my home. To set the right example, my mother had set the bar high. Not once did I catch her uttering an expletive, even when her patience wore thin and she held her hand to her forehead in despair. Not so much as a "dammit" or "what the hell have you done" now escaped my mother’s lips.

My father would spew an occasional "sonofabitch" or "horse’s ass" when the occasion called for it, but no worse than that, at least around my brother and me. Surely this was in deference to my proper mother whom he loved fiercely and couldn’t bear to see upset, especially by us kids.  What would upset her?  As a teenager, I once yelled that she pissed me off. "Do you know that is another word for urine?" she bellowed. I crept up the stairs to my room before she could tell me what I already knew.

So protective was she, so watchful over my virgin ears, that I remember her reaction the first time the eff word was spoken in our presence. I was about seven or eight years old and had a friend over to play. It was a nice day, so we took our Barbies outside on the front porch. Two boys from school were riding bikes up and down the street and stopped to show off in front of us, pummeling each other while repeating a word I didn’t know. My mother pushed open the screen door and in a measured voice told them to leave. Turning to me, she said sternly, “Don’t let me ever hear you use that word. Ever.”

The message was clear: The eff word was bad. Nice girls don’t use vulgar language. I got it.

I kept it clean until I left for college, where I quickly found profanity to be the common vernacular among my classmates. I gingerly tested out a "f*ck." First it felt awkward and wrong, but after a few times when I realized no one took notice, I was liberated.

Sprinkling a random obscenity or two into the conversation became a matter of course, like, "Oh f*ck, I forgot to add drop," and, "f*ck this research paper that’s due tomorrow, wanna get high?" My parents would have been shocked to hear their dutiful daughter cussing like a sailor.

"Cursing our lot is justifiable. And cathartic."

With motherhood, the salty language came to a stop. I vowed that I would raise my three children with the same no-naughty-words rule I had grown up with. Infractions would be dealt swiftly and firmly. Foul language was unacceptable, I scolded them, no matter how mad or frustrated you are. Slam the bedroom door if you must, but keep the four-letter words to yourself.

My husband supported me, even though the man has let rip more "holy sh*ts" and "goddammits" than I can count — and often in earshot of the kids, much to my chagrin. The three year-old would frequently ask, “Daddy, why you say Jesus?”

My children may have been annoyed by living in an epithet-free zone, but they grudgingly complied. Most of the time. Of course, out of the house there were no rules, and for all I knew, they were having a fricking four letter word free-for-all.

My cubs certainly never expected this mama leopard to change her spots. But then, we never expected to live in a Trumpian world, in which the rules have changed. Cursing our lot is justifiable. And cathartic.

As it must be for my own mother, now almost a nonagenarian, who is as vexed as I am. In front of my shocked children, she referred to a complaining neighbor as a “real bitch.” And the other day, when I commented on Facebook that #45 was "batsh*tcrazy," she clicked the “like” button.

My family sandwich needn't worry that I've become lost to them forever. When Trump is gone, what's there to swear about?

If you like this article, please share it! Your clicks keep us alive!
Tags
parenting
Cursing
swearing
motherhood
Politics
2016 election
donald trump