Non-Mother’s Day: How My Miscarriage Delivered Me From Secrecy 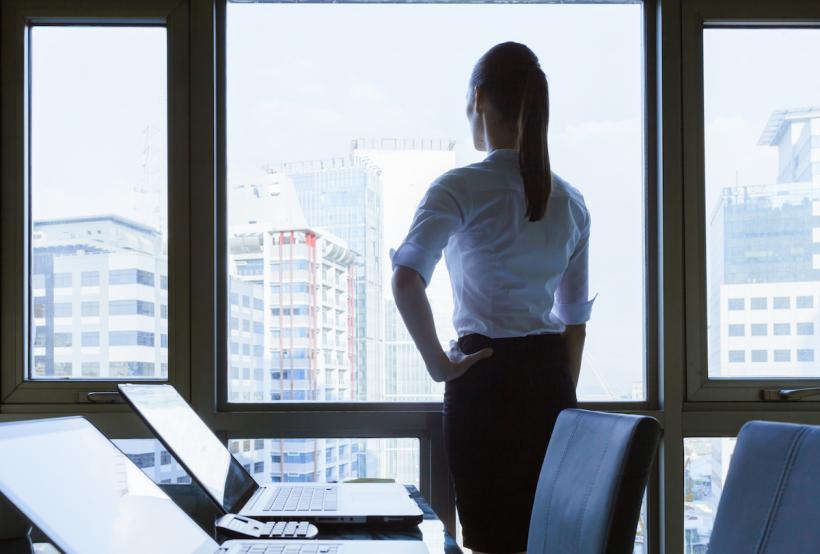 The pain of losing my pregnancy has set me free from the patriarchal office politics that have dictated so many of my days and so much of my mental space.

There is a time when you first find out you are pregnant that your thoughts start turning — if the pregnancy is wanted, that is, if it’s good news. Your body is no longer the body that you knew; it is warmer now, hot with extra blood to build the new human inside. Your skin feels tight against your bloated bits, but your sore breasts give you comfort each time you lie down to rest — they make you feel productive even if you are tired all the time. Your old neuroses seem useless now.

I danced to Celia Cruz and Gloria Estefan those first few weeks with tears in my eyes as I remembered listening to the same songs with my mom as a kid. I remember dancing to Michael Jackson’s “Bad” in my aunt’s living room to entertain my grandmother. I hoped that my daughter (yes, I had assigned her sex in utero before an ultrasound) would love music and love dancing with me in the house on Saturday mornings. I wanted her to have rhythm, to know rhythm, so I danced.

There is a lot of superstition around babies and pregnancy, and to be honest, probably for good cause. Women are fucking magical. We create something out of nothing. We create cute little humans out of that same old nasty you’ve been trying to avoid swallowing all those years. We turn that shit into gold. We grow the future.

No one knew I was pregnant except my brother-in-law.

“Make sure you don’t tell anyone else,” he’d said to us on New Year’s Eve, eyebrows half raised, eyelids half closed. He was single and wholly childless.

I’d resented his tone at the time, as if he knew better than us not to count our "chickens" before they hatched. I disliked starting the year in superstitious secrecy, a bullshit tradition we’d accepted without thought. But the truth is I was well-versed at keeping secrets.

Growing up, my Puerto Rican grandmother warned me never to write anything down that I didn’t want anyone else to read. She had spent a lifetime keeping her blackness as secret as her wide nose and coarse hair would allow. As an adult, I’d learned to swallow my dreams of writing into a digestible “someday” hobby to pursue in the future, once I was comfortable, perhaps upon retirement with a decent 401(k). I hid my writing from employers who might be threatened by my artistic aspirations, and from family members, co-workers, and other crabs in the barrel who would level the most cutting accusation at an unsure artist: Who do you think you are?

Now pregnant, I was up for a promotion at the place I’d worked for seven years. I had to keep the fatigue, the lightheadedness, and my cautious happiness a secret from my co-workers and certainly my new boss.

I was transitioning into motherhood in self-imposed isolation because this is what society tells us is the smart thing to do.

I tried to override my brain and convince myself this was a medical condition instead of a miracle. I tried to keep my thoughts a secret, even from myself. I didn’t want to indulge in ideas of a future that was not guaranteed.

Yet, I called myself “mama” for the first time on the morning of the day that I miscarried.

It was a Wednesday, and that afternoon I was in a meeting with two men, my new supervisor and another executive. I had spotted a little after breakfast, but the nurse at my OB/GYN’s office told me over the phone that was normal, so I placed a panty liner in my underwear and tried to ignore it. My legs crossed, foot flexed, pen poised over my notebook at the meeting, I felt the flow of blood collect inside the seat of my pants. This wasn’t just a “spot.” These weren’t just “cramps.”

I looked at the faces of these two wealthy, childless men over 60, talking about policies and procedures, and processed the realization that I was having a miscarriage in the Executive Director’s office. And I kept quiet. And I kept still.

Is the mother not viable, either? Does she linger, stunted, arrested in her development, in the shadows of your mind? Or do we just go back to who we were before?

Set free from superstition, the real fear silenced me: I couldn’t let them know I was having a miscarriage, because that would reveal that I was pregnant, that I was trying to start a family... and that would knock me out of contention for a promotion, for a raise.

I’d read that pregnancy changes women’s brains to make them braver, less rattled by anxiety, to care for their baby. I believe this bravery begins the minute you read those pink lines on the pee-stick — the bravery to call yourself a mother, to accept that responsibility. And it stays with you long after birth. Or non-birth.

So what happens, then, to the mother you’ve been growing in your heart when the bundle of cells you’ve been incubating suddenly evacuates? Is the mother not viable, either? Does she linger, stunted, arrested in her development, in the shadows of your mind? Or do we just go back to who we were before?

My husband has always told me I was strong, but I used to equate that with angry and tough — that Latina “Queens girl” fire. After six hours in the emergency room, being probed and scraped past the blood dripping from me, I remained silent on the gurney when the doctor explained that I’d already passed the baby, the embryo, the sack of cells. My husband next to me was in tears. There was nothing left to see on the ultrasound.

I’ve only come to understand my real strength after losing this pregnancy.

We have the power, as women, to create life, and the fortitude to carry on after it ends.

We carry civilization on our backs (and in our uteruses). To be a mother is to be brave. My grandmother was as brave as she knew how to be, raising four island babies in a Jim Crow-era America that did her no favors. And while I may not officially be a mother yet, this sweet little non-baby has left me with the gift of unparalleled bravery to change my life, to make it one that my future child and I will be proud of.

By the time this is published, I will have given notice at my job. This Mother’s Day will be the first weekend that I am a free agent in a very long time. The pain of losing my pregnancy has set me free from the patriarchal office politics that have dictated so many of my days and so much of my mental space.

This loss — this aborted transition to motherhood — has clarified my priorities and given me the courage to act on them.

To write, even if it is uncomfortable, even if someone else will read it.

So perhaps that is where our developing mother-selves go. They go to work enriching our own lives, carrying the magic of creation forward in everything we do. They inspire us to be bold and be brave in the choices that we make. They give us the voice we need to speak truth from the silence we’ve accepted all our lives.

If you like this article, please share it! Your clicks keep us alive!
Tags
mother's day
#ihadamiscarriage
miscarriage
pregnancy loss
becoming a mother
motherhood

Me, Too: Confronting My Own Misogyny
Christine Kandic Torres

Non-Mother’s Day: How My Miscarriage Delivered Me From Secrecy
Christine Kandic Torres