Overreacting? Think Again. You're Not The One With The Problem. 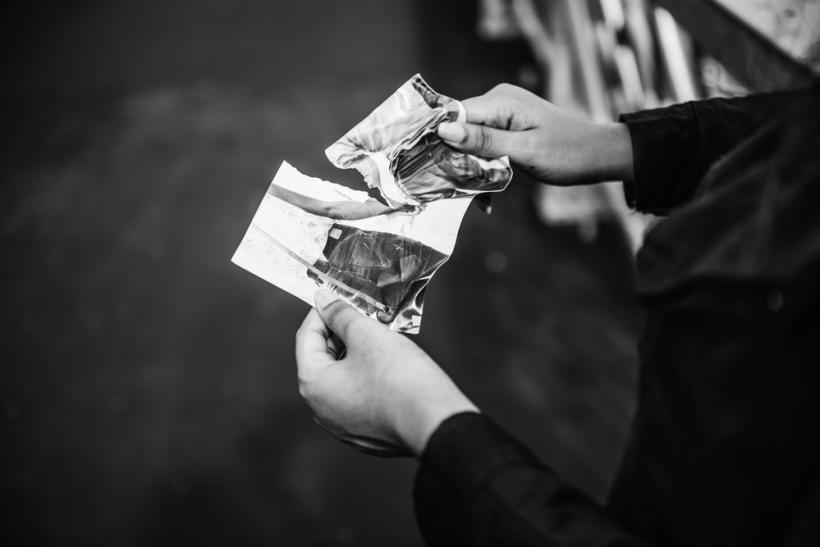 A scumbag may fool your heart, but he can’t fool your ability to trust your gut.

My fiancé knew exactly what to say to wound me and knock me off balance. Like many others, you sometimes don't know how to stand up for yourself, and this was the case for me.

One evening at dinner, he zinged me with a snide remark about my weight (I was a size 8). He jeered, "Ya know, the problem with fat people is they never leave anything on their plate. When you finish eating, I don't even have to wash your plate."

I told him his comment hurt my feelings. He retorted, "Jeez, You said you wanted to lose weight. I was trying to help you. I'll just leave you alone from now on."

He made me feel guilty, but in my gut I knew it was his attempt to throw me off track.

Children sometimes grow up with a weak sense of self. And when you don't trust your gut, you leave yourself vulnerable.

Growing up I heard statements like, “You shouldn’t feel that way. You’re overreacting,” and, “You’re being too sensitive, Nancy.” While these statements seemed harmless and insignificant, it was put-down phrases like these which told me my feelings were incorrect and taught me to doubt, deny and stuff my hurt feelings.

As an adult, I doubted my self-worth and I questioned my ability to understand people who were manipulative and controlling. I even doubted my gut feelings.

Even though my gut feeling told me to, I couldn't confront a girlfriend who treated me unfairly. I didn’t know how to deal with and a conniving coworker. I struggled to maintain healthy boundaries with my overbearing mother and sharp-tongued, calculating daughter.

I was afraid to stand up to the people I loved because I didn’t want to seem irrational, unreasonable or ungrateful. I was naïve, gullible and trusting. I didn’t trust my judgments about men. I evaluated men (and everyone) with my impressionable, impulsive emotions.

When I dated a guy, I struggled to figure him out. I blamed myself for my relationship problems (because he told me I was at fault). I whined to my girlfriend, “Do you think he likes me?” “What should I say or do next?” “Do you think he’ll call me again?” “Why did he stop calling me?” And, of course, “What did I do wrong?” I made bad relationship choices and I got my heart broken frequently.

I was accustomed to the accusing, disparaging, befuddling statements that a man would hurl at me during an argument.

I wondered: Was I being overly sensitive to his seemingly spiteful, wounding remarks? Could I have misheard or misinterpreted what felt like a hard slap in the face? Am I the one who is destroying our relationship, like he says I am?

And then I began to ask myself: If I misunderstood what he said, or if he didn’t say what I heard him say: Why then did I hurt so bad inside? Am I that much out of touch with reality?

The book Blink presents the power of “thin slicing.” It states that “thin slicing” — that is, our first subconscious, split-second, knee-jerk reaction — is our most intellectual and accurate observation, and that it is the feeling we should trust.

The book explains that you must practice and perfect the skill of thin slicing (taking in a very thin slice of information and making an accurate prediction or assessment) in order to instinctively eliminate confusing and unimportant incoming data that can lead to a bad decision (e.g., my fiancé’s charm, braggadocio and exciting personality caused me to discount the obvious fact that he was, in fact, a flagrant, lying dirt bag).

A scumbag may fool your heart, but he can’t fool your ability to trust your gut.

When a boyfriend or husband tries to put you down, know this: A man’s discounting, dismissive, blaming statements are designed to make YOU doubt your ability to reason and understand a dysfunctional relationship.

Trust your inner knowing. Don’t let a man or anyone talk you out of your feelings. Subconsciously you know the truth.

You suspect he’s lying. You did NOT misconstrue what he said. You are NOT overreacting to his manipulative, disparaging comments. You DID interpret his demeaning remarks correctly. You sense that he is shifting the blame to conceal his bad behavior.

If you like this article, please share it! Your clicks keep us alive!
Tags
toxic relationship
dysfunctional relationship
overreacting
relationship advice

Overreacting? Think Again. You're Not The One With The Problem.
Nancy Nichols