Parenting Amidst Great Swells Of Emotion - Separation Anxiety Is Mine 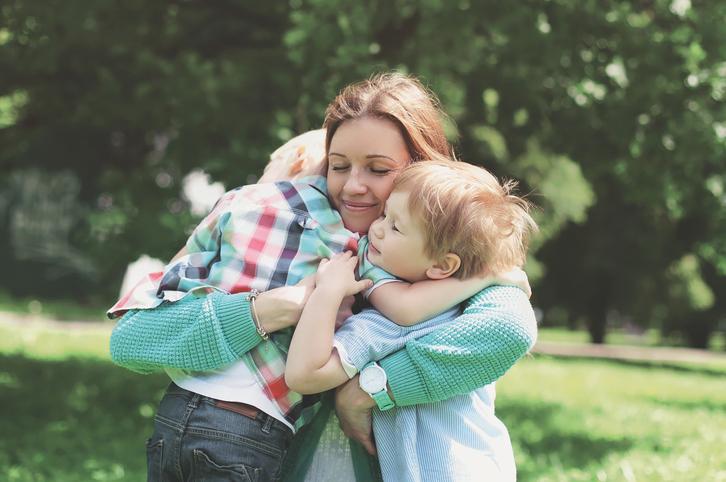 There’s been nearly nothing easy about raising that child of mine, of course. But there was an element of simplicity to the task in those early days that I’ll always miss.

I didn’t grow up an anxious person. Granted, I wasn’t exactly the most laid-back person to ever walk the planet — that person, as it happens, was my mother. But all the same, I had an easy enough time taking life’s curveballs in stride.

That is, until I became a mother myself.

It was early in the days of 2013 that I gave birth to my daughter — a strange yet altogether familiar-looking being with a cautious nature, with vocal cords that knew no limits and with a penchant to push every last button I have. She and I became fast friends. We glommed on to one another — she to me as I was her human pacifier, and I to her as she was the physical representation of every good and perfect thing I’d never even imagined could have come into existence.

There’s been nearly nothing easy about raising that child of mine, of course. But there was an element of simplicity to the task in those early days that I’ll always miss.

I was sleep-deprived, I was wrung dry, but I was blissfully in love with this wildling that my husband and I had created.

That simplicity existed because I knew not of the hardships that littered the path ahead of me. It’s now been two-and-a-half years since I lost my daughter’s sibling in utero, and subsequently learned that my baby-having days are over. Before that secondary infertility diagnosis was tossed in my lap, I was deeply connected to that girl of mine, as mothers and their children are wont to be — but nothing could have prepared me for the way in which my head and my heart plunged deeper in love with that child of mine in the aftermath.

Life and the precarious nature of our existence suddenly felt more fragile than ever before.

Related: Why You'll Never Find Me Co-Sleeping With My Child

As the years progressed, that cautious nature she was born with began to manifest itself as some form of anxiety. And to my detriment, I adopted much of that same nature. Where she would find herself overcome with apprehension, I would shoulder it all in a feeble attempt to erase it from existence. All it really did, though, was send me careening into my own great swells of emotion; trained and experienced though I was with matters of my own heart, deeply affected still I became.

Upon us now is the advent of preschool — a hurdle moving steadily toward us, hesitant though we both are. I find myriad questions swirling around me: Will she make it? (Of course she will.) And what will I do without my baby? (All the things you do now, but with greater ease.) And more, where has my baby gone at all? (She’s still here, of course.)

This is to do with keeping my hands on this ship’s wheel, and with wanting to burrow a hole in the green earth and keep my baby in my arms for as long as I can.

But running around my house now is a four-year-old whose favorite hobbies include hijacking my Spotify playlists and wrapping her limbs around my right shin while she begs me for cures to her boredom. The passage of time with regard to parenthood is a concept I have yet to wrap my mind around.

Waves of doubt roll over my body. It is not well with my soul. I do not sit calmly through the notion that we will branch apart and split ways. I don’t want to be away from her. I want her nestled close to me in my moments of great, swelling love. (And at arm’s length when I need respite.)

I want as much of her as I can get.

This, I should say, is not to do with any need to spend every moment together — there is no way in which we could feasibly spend the duration of our days under the same roof from sunup to sundown, and God knows I need more breaks from being a mother than I’ll ever get. This is to do with keeping my hands on this ship’s wheel, and with wanting to burrow a hole in the green earth and keep my baby in my arms for as long as I can.

After all, I’ve lost a child — before he or she had left the confines of my body, even. I’m well-versed in grief and my own undoing. I know too well the sound of my own heart breaking.

We as mothers are up against a momentous task. We live for those chubby cheeks, for that soft, wispy hair, for the wells of ocean water and outer space that we see stretching deep within our children’s eyes. We crawl into their beds just before we lie down in our own if only for one last opportunity to breathe them in before the chaos of daybreak starts again. They smell like peanut butter and toothpaste and dreams, and we wouldn’t trade these fleeting moments of quiet wonder for the world.

And yet, our very responsibility is to equip them with everything they need before we shove them out of the nest and watch their wings spread far and wide.

But what, then, is left for us? Well, we drink them in. We dive deep into those seas in their eyes and marvel at the universe of love so wondrous we couldn’t have conjured it up in our minds if we’d tried. We bask in every last moment we’re given. It’s all we can do, after all.

If you like this article, please share it! Your clicks keep us alive!
Tags
parenting
emotions
growing children
dealing with change