A Gay Couple's House Was Vandalized; Their Neighbors' Response Was Heartwarming 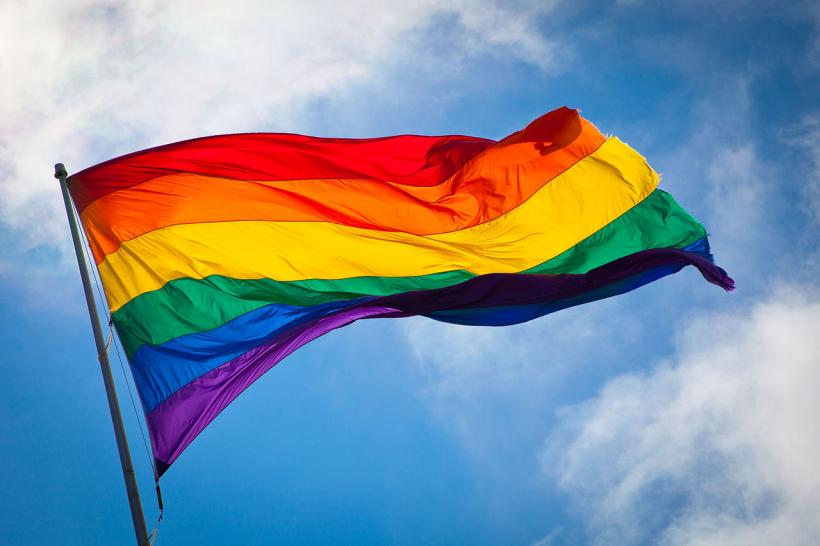 "Neighbors decided that the best way to fight anti-LGBTQ sentiment was to make a unified show of support." Image: wikipedia.org

Massachusetts couple Lauri and Cari Ryding came home from vacation to find their porch a mess. Someone had egged their house. They were targeted because they’re gay — the vandals made their hate apparent by also stealing the Ryding’s rainbow flag.

The couple had hung the flag after the Pulse nightclub shooting in Orlando, and they were shocked and saddened over the hate-fueled vandalism. They said this was the first time they have experienced prejudice like that since moving to the town of Natick.

They reached out to neighbors to ask if anybody had seen anything. The response they got was… well, it was colorful.

Neighbors decided that the best way to fight anti-LGBTQ sentiment was to make a unified show of support. One neighbor decided to hang their own rainbow flag and asked if anyone else wanted in, too. In all, about 40 families asked for flags.

One Sunday morning, kids on bicycles rode around delivering the flags, which now hang proudly on homes all over the town.

“One person’s act of fear and maliciousness created such a powerful statement of love,” Lauri Ryding told reporters. “We are very blessed, very fortunate.”

You guys? I’m crying as I’m writing this.

When I was a kid in the '80s, my best friend’s mom was gay but she couldn't talk about it. It was safer to keep secrets than deal with the prejudice.

Back then, rainbow was a symbol that not everyone recognized, and if you did, it probably meant you were friendly to LGBTQ folks. Queers and their allies were a small group.

Now, in just the span of my lifetime, we have flipped the script. Everyone knows what the rainbow means, and when one douchebag dares to make an issue of it, a whole neighborhood starts flying Pride colors. Kids on bikes deliver solidarity in 2016.

Don’t let anyone tell you that America isn’t great, friends. It really is.

If you like this article, please share it! Your clicks keep us alive!
Tags
LGBTQ
gay
hate crime
pride
rainbow flag
neighbors
hope