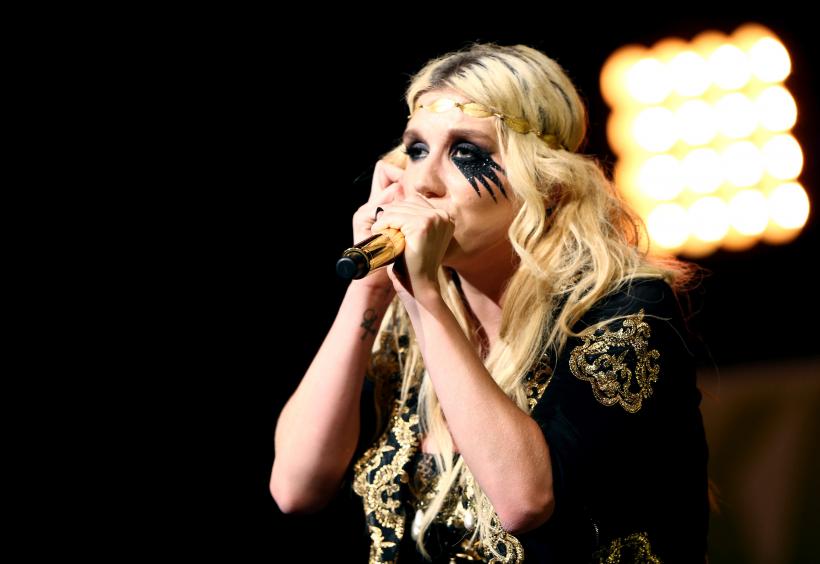 Kesha hit another roadblock in her campaign to be free from her producer/abuser/rapist this week. I’m sorry — alleged abuser and rapist. No one seems to be willing to convict Dr. Luke of the allegations of rape and abuse leveled against him by the singer.

According to the New York Times, Kesha initially filed a civil suit against Dr. Luke — whose real name is Lukasz Sebastian Gottwald — in 2014, alleging emotional and sexual abuse, including rape, dating back to 2005. The producer filed a counter suit for defamation of character. Earlier this year, Kesha asked for a preliminary injunction against him for a release from her contract with Dr. Luke and Sony to get on with her career. Sony offered her a different producer, so the injunction was denied.

In her appeal filed in March, she claimed infliction of emotional distress, gender-based hate crimes, and employment discrimination. The appeal was denied yesterday.

Not only does this all suck for a woman trying to move to a less hostile workplace and get the hell away from the creep who allegedly harms her, but it comes with a side helping of WTF from the judge.  In her ruling, Justice Shirley W. Kornreich wrote “Although Gottwald’s alleged actions were directed to Kesha, who is female,” the judge said, the claims “do not allege that Gottwald harbored animus toward women or was motivated by gender animus when he allegedly behaved violently toward Kesha. Every rape is not a gender-motivated hate crime.”

Maybe, in the strictly black-letter-law sense of the word, rape isn’t a hate crime — but let’s get real here. Rapists are not doing it out of an abundance of love for their victims. Rape occurs when a rapist decides that they have a better claim to a victim’s body than the victim does, and commits an act of tremendous violation. Rape is an act of power and hate. Maybe there’s a spectrum of how much hate rapists have for their victims, but let me assure you, it’s there.

Sony offered to release Kesha from her contract on the condition that she recant the rape allegations, but she’s not having it. She took to Instagram to tell the world that she won’t walk away from her claims.

Neither Kesha’s lawyers nor Dr. Luke’s have commented on what happens next.

If you like this article, please share it! Your clicks keep us alive!
Tags
kesha
#FreeKesha
Dr Luke
Rape
Sexual Assault
emotional abuse