"Punishing" Women For Seeking Abortion Is Nothing New 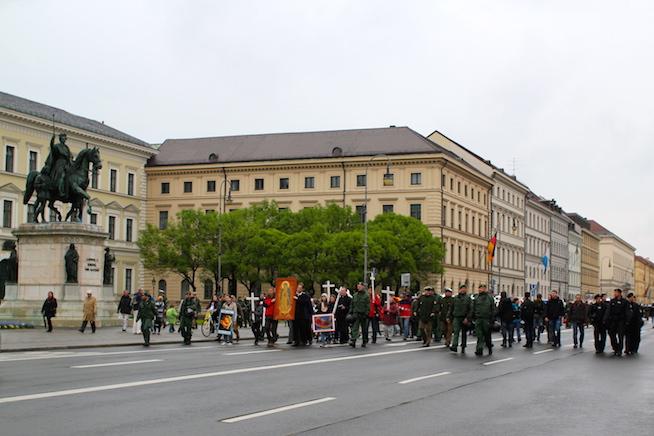 Punishing people who seek abortion is a tactic the anti-choice movement has always used.

Yesterday, GOP presidential front-runner Donald Trump did a little sit-down with Chris Matthews. Matthews decided to get serious about the Trumpster’s position on abortion and asked him point-blank if he supported a ban on abortion and, if so, how he would enforce it. Here’s how the dialog played out, according to The Hill:

“The answer is that there has to be some form of punishment,” Trump said in the interview taped for a town hall forum airing later Wednesday.

“For the woman?” Matthews asked.

“Yeah, there has to be some form,” Trump responded.

There has to be some form of punishment for the woman.

Trump issued a statement later trying to walk back the comments and say that what he really meant was that the doctors should face punishments, not the patients.

But let’s be real: Punishing people who seek abortion is a tactic the anti-choice movement has always used.

They punish patients by standing outside clinics and calling them murderers.

They punish them by forcing doctors to use scare tactics in the consult room, like telling them about specious links to cancer and mental health issues.

They punish them by telling them they should never have had sex in the first place.

They punish them by passing laws to make abortion logistically difficult, forcing them to sacrifice time and money.

They punish them by saying that their gods will seek revenge on them in this life or after.

The anti-choice movement is and has always been about fear and shame. If it weren't, you’d see anti-abortion protestors standing outside clinics with charter buses that take patients to social work centers where they assist them in getting housing, childcare, and employment — including maternity leave, enrollment in food programs, and classes in parenting.

But that’s not what they do. They intimidate and frighten and harass and call it an act of love.

Trump may be out of step with the rhetoric of the movement, but he’s right. Punishing people who seek abortion is real. It always has been.

If you like this article, please share it! Your clicks keep us alive!
Tags
anti-choice
pro-choice
pro-life
abortion
donald trump
2016 Presidential Election