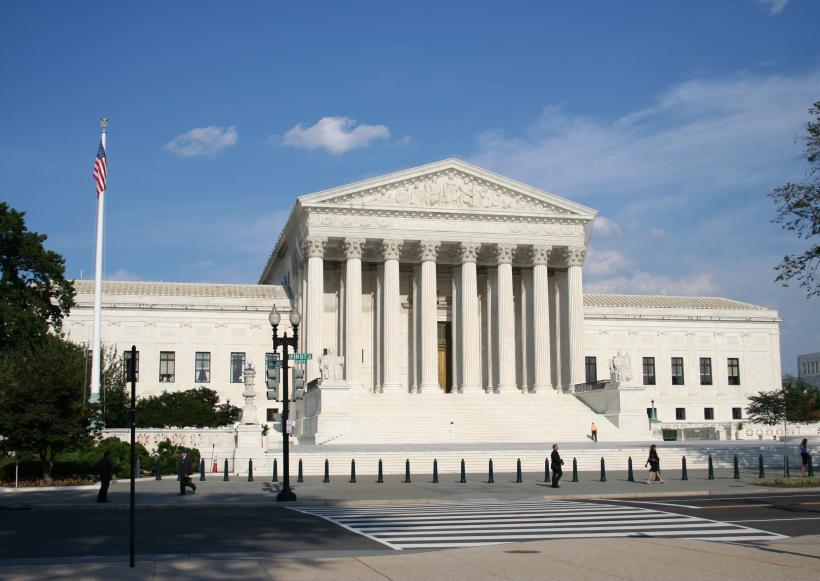 Today the Supreme Court handed down a ruling on the case Whole Woman's Health v. Hellerstedt. What was at issue was the regulations the state of Texas wanted to impose on abortion providers as outlined in the controversial HB2 law. You remember it: it was the one that State Senator Wendy Davis filibustered while we all cheered.

Anyway, the law forced abortion providers to do a whole bunch of things if they wanted to stay operational, including adhering to guidelines for ambulatory surgical centers and making the doctors have admitting privileges at local hospitals. The rules were bullshit on their ugly, anti-choice faces, because they applied only to abortion providers, not doctors who performed, say, oral surgery or colonoscopies in their clinics.

Moreover, even though the rules were supposed to make clinics safer, that was impossible, since the abortion clinics in Texas already had a nearly-zero complication rate to begin with. Justice Breyer actually pointed out that the regulations solved a problem that didn't exist during arguments for the case, saying, “What is the benefit to the woman of a [legal] procedure that is going to cure a problem of which there is not one single instance in the nation — though perhaps there is one, but not in Texas?”

Today, the Supremes came out with a 5-3 decision overturning the law, on the grounds that the regulations produce an undue burden on patients trying to access abortion services. The Washington Post reports that Justice Breyer wrote the majority opinion and he said the law “provides few if any health benefits for women, poses a substantial obstacle to women seeking abortions and constitutes an ‘undue burden’ on their constitutional right to do so.”

Everybody’s heroine Justice Ruth Bader Ginsburg fired a warning shot for other states thinking of passing such laws, writing in a concurring opinion, “So long as this Court adheres to Roe v. Wade and Planned Parenthood of Southeastern PA v. Casey, Targeted Regulation of Abortion Providers laws like HB2 that ‘do little or nothing for health but rather strew impediments to abortion’ cannot survive judicial inspection.”

The dissenting wing of the Court — which included zero of the female Justices — whined away that this was somehow overstepping the Court’s authority, and the regulations were legal so the Court should have upheld them, and blah blah blah.