How Reading In Bed Together Can Be Hotter Than Having Sex 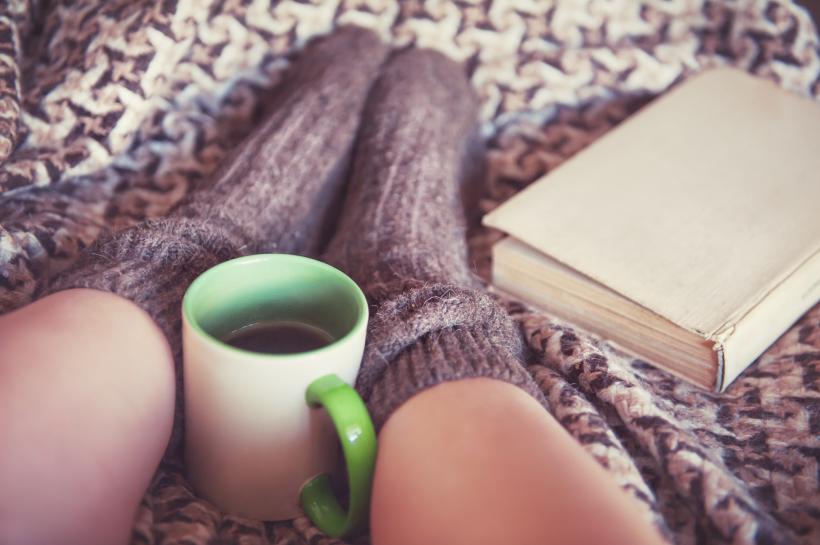 Reading in bed together, while it might not be a major milestone — like marriage or having children — truly is a significant event in a relationship.

In the early, heady days of a relationship, it’s normal for you and your new partner to not be able to keep your hands off each other. It’s that magical, hormone-fueled time when you call in sick to work and stay in bed together all day, show up late to parties looking flushed because you just had to have a quickie before you left, and wake up to have sex again every time one of you rolls over in bed and touches the other one.

As time goes by, however, it’s difficult to sustain this level of passion. For one thing, your job performance, friendships, and family life start to suffer after a while. Having sex multiple times a day just isn’t practical when you’ve got a whole busy life to live. For another, even in the best relationships, the sexual urgency starts to cool a little bit as you get more comfortable with each other. Once you’re in a committed relationship, you may still feel just as passionate about your partner, but you might also be able to get a full night’s sleep in the same bed (at least, one hopes).

Still, it’s tempting to gauge the success of our relationships by how much sex we’re having. A couple who used to have sex several times a week might start to worry when they realize the frequency of their encounters has dropped to a few times a month, or even less. But does having less sex have to mean you and your partner aren’t as close? And, on the flip side, does having more sex equal a richer and more intimate relationship?

The meaning of intimacy

Relationship coach Adam Maynard says intimacy doesn’t necessarily have anything to do with sex. “Intimacy is what happens when there’s a mutual sense of comfort, belonging, appreciation, admiration, and delight.” Looking at it from that point of view, I realize I’ve only been intimate with a small percentage of my sexual partners over the years. I may have slept with more people that I care to admit, but I can count the number of them with whom I’ve shared true intimacy on one hand.

“Of course sex can be terrifically intimate,” says Maynard. “But sex can also feel not so intimate if you lack a deeper connection. It can feel pretty awkward, or like a means to an end.” If you’ve ever gone through a promiscuous phase — Sex and the City fans might call it a “Samantha phase” — you probably know exactly what he’s talking about. Sometimes you just want to get off, and you don’t have any meaningful connection with your partner whatsoever. These are the times that, as soon as you come, you can’t wait to pull your clothes back on and get the hell out — or hurry your partner out the door, if he’s at your place.

Compare that with this scenario: you’re lying comfortably next to each other in bed, each of you absorbed in different imaginary worlds as you slowly turn pages, maybe stretching out to touch toes or lean against each other as you read. Neither of you feels the need to say anything; there’s no pressure to perform for each other, or be anyone other than exactly who you are.

Perhaps not surprisingly, given the above, more than one study has found that having more sex doesn’t necessarily lead to a happier relationship. The first interesting thing to note is exactly how much sex people are having: a 2017 study published in the journal Archives of Sexual Behavior put the average at 54 times a year, or a little more than once a week. A similar study done in the 1990s showed that people were having more sex, by about nine more times a year, so the average seems to be dropping. However, there’s no evidence to suggest that people are less happier in their relationships, and the divorce rate has actually been slowly declining over the past few decades.

This once-a-week average lines up nicely with another study, this one published in the journal Social Psychological and Personality Science, which followed more than 30,000 Americans over the course of 40 years. In this study, researchers found that the gold-standard for marital happiness was once-a-week sex, and that having sex more than that didn’t make couples happier. (Having sex less than once a week, however, did directly impact couples’ happiness — so if you’re in a sex-starved marriage, you might not want to rely on reading in bed together for all your intimacy needs).

And when scientists at Carnegie Mellon University did a study with 64 couples ages 35 to 65, asking half of them to have sex twice as often as they normally would, they found that the couples who were instructed to have more sex actually ended up being less happy than they were at the start. Apparently, when people are told to have more sex, it takes some of the fun out of it.

“The keys to deepening intimacy are honesty, vulnerability, and presence,” says Maynard. He also points out that this isn’t always easy. Being vulnerable with others is hard — maybe even harder when it’s with someone we don’t want to lose. But, Maynard explains, “we can’t truly connect with our partners if we don’t show them who we really are and invite them to experience us there. The same is true if our partners don’t feel comfortable opening up to us.”

Talking to Maynard, I realized that the reason I’ve had so much sex and so little intimacy is probably due to my history as a sexual abuse survivor, Like many survivors, I’ve become good at zoning out during sex — a survival mechanism known as dissociating. Sometimes it happens even when I don’t want it to; my brain just checks out while my body goes through the motions. This feels like the opposite of intimacy. But in order to be truly intimate with my partner, I have to let my guard down. I have to allow myself to be vulnerable.

The pleasures of long-term love

“Intimacy really speaks to the connection you feel with your partner,” explains Maynard. “What you’re doing together isn’t as important as how and why you’re doing it. Are you fully present with one another, and do you both genuinely crave the experience of one another up close?” If not, it might be time to think very hard about why you’re in the relationship. Because in a great relationship, reading in bed together can actually be the sexiest thing the two of you do.

The true pleasures of long-term love — being able to postmortem the party on your way home together, smile knowingly at each other over an inside joke, assemble a flat-pack bookcase together without killing each other, and sit in silence together as you read — are won only after you’ve shared your true selves with each other. Relationships are hard work — conflict and pain are inevitable — so enjoying every peaceful moment to the fullest, and really valuing it for the victory it is, is important. Being able to read in bed together, while it might not be one of the major milestones you think of, like moving in, marriage, or having children, truly is a significant event in a relationship.

If you like this article, please share it! Your clicks keep us alive!
Tags
reading
intimacy
emotional intimacy
vulnerability