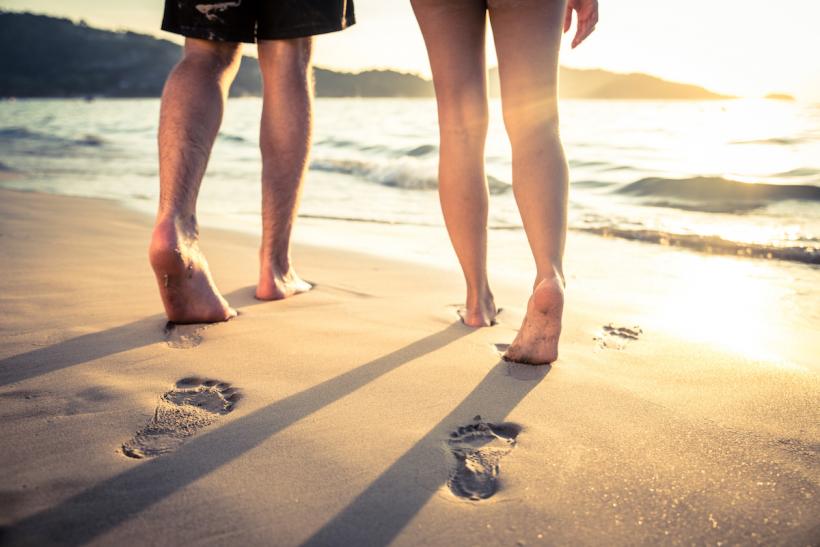 While the kind of depression we have might not be compatible, we still are.

It’s mid-morning on a Sunday and I’m curled up into the fetal position in bed, wrapped tight in a nest of blankets, feeling desperately lonely, even though my boyfriend is within arm’s reach, facing the opposite direction. The silence between us is somehow deafening, tense, and uncomfortable.

He’s secretly wishing I wasn’t there, and I’m torn between needing him to hold me and equally wanting to be left alone.

We haven’t had a fight. We aren’t on the brink of breaking up. We’re very much in love and our relationship is strong.

We just both have depression, and happen to be having an episode at the same time, on the same day. And it’s not a positive experience.

As well as both battling severe depression, I suffer from PTSD, a nasty leftover from an abusive relationship and sexual assault, and we both have crippling anxiety. In a perfect world, when one or both of us is having a particularly rough day living with our mental illnesses, the other would be understanding. He’d make me a cup of tea and bring it to me in bed, kissing me ever so lightly on my head and telling me he loves me and it will all be okay. I’d play with his hair and give him a cuddle and reassure him that this feeling will pass. We’d smile at each other and believe the comforting words our partner had said, and everything would be well again.

But depression isn’t that simple, and can’t be pushed away with a hug and a kiss. Anxiety doesn’t listen to comforting promises of things getting better. They are insidious, cruel and consuming illnesses. Logic is silenced by invasive thoughts. Reality becomes blurred. Self-destruct mode kicks in, and honestly, saying “I love you” doesn’t magically fix it and make everything ‘all better’.

I’m not going to sugarcoat it and say we always help each other fight our personal demons, and that our love is strong enough to keep our mental illness at bay, because love doesn’t magically cause the chemicals in our brains to balance and make the anxiety attacks suddenly vanish.

When both partners in a couple have depression, it’s hard. Especially when the ways the mental illness manifests in each of you is vastly different. For example, when I am in a dark place, I am constantly fighting conflicting feelings of needing to be around people and needing to isolate myself because I’ve convinced myself I’m a burden to others and they’d be happier if I just wasn’t around.

This internal tug-of-war means when I am around people, I’m extremely negative, going from being clingy and needing reassurance that I’m not annoying them one minute, to insisting that I’m being annoying the next. This can be incredibly frustrating, and I know this, which sort of makes my internal struggle even worse. I want to talk about how I feel, I want to cry and scream and wallow in self-pity. I want to be held and left alone at the same time. I need to know I’m not being overbearing or ‘too much’.

Now, when my boyfriend is having a depressive episode, he goes into isolation mode. He cuts out everything and everyone. He doesn’t want to talk, doesn’t want to be hugged or reassured of anything. He just wants to be left alone. He gets frustrated easily, because of what’s happening in his own head.

These two depression ‘styles’ are not compatible.

If only one of us is having a particularly bad day, it’s not too bad. I can leave him alone and know it’s not because he doesn’t want to be around me, he doesn’t want to be around anyone. But when I’m also struggling, I can’t reason with this idea. A lot of my depression comes from deeply rooted abandonment issues because of parental rejection, and so when my inner critic gets louder and can’t be quietened, it’s often telling me everyone hates me and wants to leave me, and so my boyfriend saying he doesn’t want me around right now hurts. It cuts deeply.

When he isn’t struggling with his thoughts, he is easily able to be all of the things I need when I’m depressed. He goes above and beyond for me.

While the kind of depression we have might not be compatible, we still are.

Because having a mental illness does not mean you shouldn’t be in a relationship. It doesn’t make you unlovable, or unworthy of feeling and experiencing love. But being in a relationship doesn’t ‘cure’ depression, either. As romantic as the idea of loving someone so much it erases every bad feeling is, it definitely isn’t reality. Depression isn’t just ‘feeling sad’, or a temporary issue which can be fixed by finding someone to love you. It’s something you live with, whether you’re single or coupled up.

We’ve both had massive periods of growth. I’ve gotten to a place where I’ve realized that, despite my mental illness, I am good enough. He has started going to therapy to deal with some of his shut-off methods of dealing with emotions and negative thoughts. Sometimes, you need outside help to ensure your relationship stays positive, and this doesn’t mean your relationship is broken or not as strong as a couple who doesn’t need therapy to make it work.

Anyone who’s in a relationship with someone suffering from a mental illness will acknowledge it’s hard at times, and there are challenges to overcome. This is the same for couples where both partners are fighting their own demons at the same time.

It’s hard, but at least we both understand how depression feels. And at the end of the day, it has made us – and our relationship – a thousand times stronger.

7 Things Your Partner With Depression Really, Really Needs You To Understand

If you like this article, please share it! Your clicks keep us alive!
Tags
Depression
Relationships
depressed
mental health
living with depression