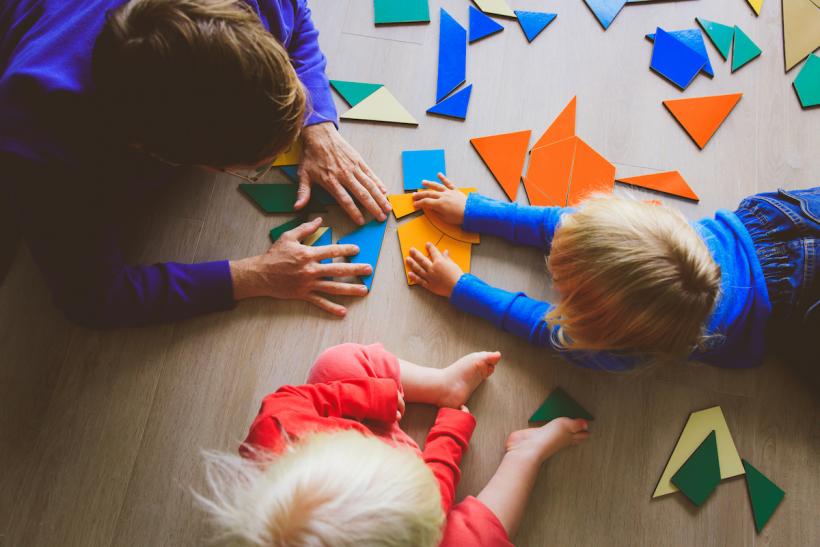 Who would have thought that being a failure would be so useful!?

If at first you don’t succeed, lay on your bathroom floor in the fetal position and weep until sunrise.

Oh. Just me then?

Apparently the saying is something more along the lines of, “get up and keep trying. MY GOD what is the matter with you.” Or just, “try, try again.”

According to a new study from MIT, if you do practice the whole “try, try again” thing, you’ll raise more successful kids. Yep, even babies benefit from seeing their parents fail and keep at it.

Let me tell you, if MIT Science People are correct, my kids are set.

I mean, however you define success, my kids are on the road to it. You’re welcome kids!

Who would have thought that being a failure would be so useful!?

This study shows that babies quickly learn by example (duh). Researchers found that if they allowed babies as little as 15 months old watch an adult try and fail, and try again until they succeed, the babies themselves would be twice as likely to keep trying to operate a toy (as opposed to giving up or asking for help.)

Well, that’s good news for those of us who fail and keep trying!

But only if we let our kids see it.

The trouble is, we often don’t. We don’t want our kids to see us repeatedly fall flat on their faces and we don’t want to see them falling on their own either! Our innate response as parents is to try to protect our kids from struggle and pain. And why not? The world on the whole is bad enough without our kids having to struggle, or watch their parents struggle.

But let’s take this a step deeper and let me get a little personal. Because even though I regularly fail (and often don’t get back up), my kids don’t see it, and I don’t want them to. While no one wants to see their child suffer, some of us may feel a profound responsibility to prevent and protect them from suffering.

I am that someone.

Those of us who experienced a particularly difficult childhood, may feel even more driven to protect our kids from pain. Even though the difficulties we face in daily life are not comparable to childhood trauma, for those who have been traumatized that might not seem relevant. Any pain and struggle is too much pain and struggle.

The reality (even for folks like me), however, is this: protecting our kids from the simple agony of trying to open a box or use scissors, or even the profound difficulty of something like honors chemistry, doesn’t really protect them at all. In fact, it’s probably a greater disservice than we ever realize.

The next time you’re struggling and contemplating going fetal, get up and fail again. Your kids will only benefit from it.

I Wish I Had A Mother

If you like this article, please share it! Your clicks keep us alive!
Tags
parenting
Kids
struggle
MIT
study
babies