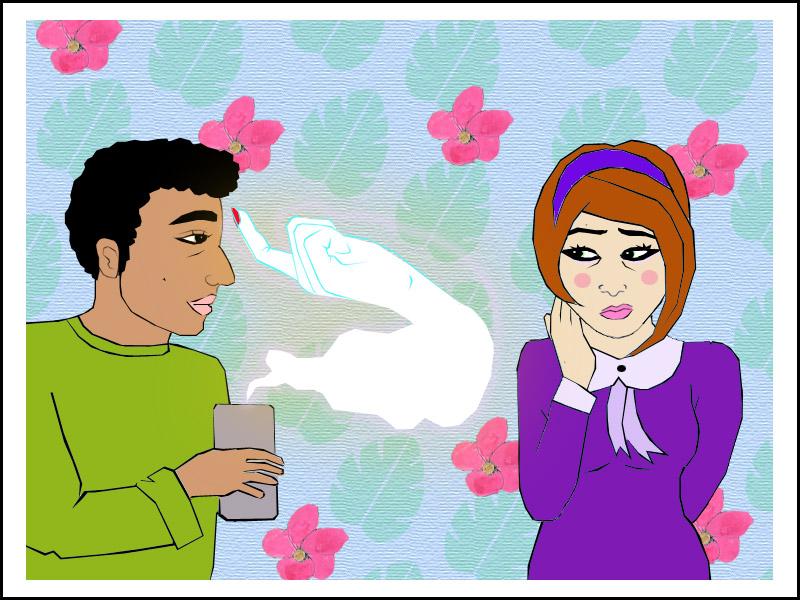 I've been with my boyfriend a little under a year. I love him an awful lot, but I have anxiety, so sometimes trust is a major issue for me. He knew this and still started to make it obvious he was being secretive regarding his phone.

Then one evening he left it aside, and I decided to look despite my reservations on snooping. I found he had been messaging a woman twice our age with sexual implications. When I confronted him, he said it was stupid harmless fun, but me going through his messages was much worse.

He refuses to acknowledge what he did as cheating. I'm not sure what my next step should be, or if I'm overreacting.

Any help would be much appreciated.

The short answer is yes, sexting is a form of cheating.

But, it’s a little more nuanced than that.

The Internet has recently been abuzz with articles about “micro-cheating.” What is micro-cheating? Well, I don’t think of micro-cheating as I flirted with the cute barista when I pick up my coffee, or I thought about someone else during sex, or I scrolled through my ex’s Instagram. No.

I liken micro-cheating to slippery-slope actions — small actions that take attention and focus away from your partner and towards someone else who you could potentially have sex with.

The slippery slope goes a little like this: Innocent interaction between someone you might be attracted to (probably via the Internet or text). You don’t mention this interaction to your partner, although no line has technically been crossed. More and more attention goes towards this other person. One day, a dick pic shows up on your phone. See? Slippery slope.

Is it akin to actually having sex IRL with someone else? No. Is it still a betrayal and a red flag? Yes.

What concerns me is that he is not taking responsibility for doing something that hurt your feelings.

Further, I think of relationship anxiety like this… If you feel constantly insecure in a relationship, get out. It doesn’t matter if it is all in your head or if it's because your partner is doing something sketchy. What matters is that you’re feeling crappy in the relationship and that tells me this is a bad fit.

I always think of this scene from an episode of Sex and the City (and I have mentioned this before)…. when Samantha states, “As far as I’m concerned, the test of a good relationship is are you like this :-( or like this :-)?"

As simplistic as that sounds… I think she’s right! I have said this repeatedly: My relationship is not always perfect. Sometimes we piss each other off. But, overall, it’s the least stressful part of my life. And, I think that in the big picture, that’s how relationships should be most of the time.

The information within Ask Erin should in no way be interpreted as medical advice because I'm not a medical professional. But I am here to help — to share with you the wisdom I've gained after years of making mistakes. If you have a question for me about relationships, addiction, dating, friendship, depression, sex, consent, what’s getting me through Mercury Retrograde, Sardonyx, or anything at all, use the contact form below or email me at askerin@ravishly.com. As always, your anonymity is golden. Lastly, I’m so excited to share my Ask Erin Self-Care Guide, free when you sign up for my weekly newsletter. xoxo