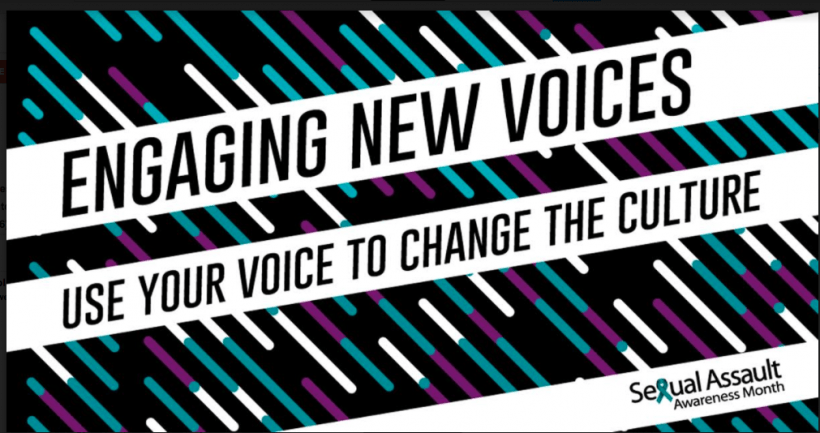 Undocumented women are at enormous risk of continued violence if current immigration policy does not change.

On March 31, he articulated, “In the face of sexual violence, we must commit to providing meaningful support and services for victims and survivors in the United States and around the world."

This is the man who has a list of women accusing him of sexual assault, not to mention the infamous clip revealed in October 2016.

So where does this leave us?

The days of having an advocate like Vice President Joe Biden, who introduced the Violence Against Women Act (VAWA) in 1990, are over.

Since Trump took office, there is increased concern for a demographic facing sexual assault: undocumented women.

Fear of deportation and newly implemented Immigration and Customs Enforcement (ICE) policies and protocol have exacerbated existing problems for this population. A woman could be here for two months or twenty years, either way: it is now far more likely that if she is in a situation of domestic violence, sexual abuse, or has been raped, she will not seek help from police or social safety nets.

Imagine a woman who has lived in the United States for ten years. Her partner is documented, and her children are American-born. If she considers seeking services or pressing charges, her abuser can use the threat of deportation as a tactic to keep her compliant. In addition, he can intimidate her with the potential loss of her children’s custody.

On April 7, the National Taskforce to End Sexual and Domestic Violence (NTF), an umbrella organization comprised of a wide range of groups “committed to securing an end to violence against women,” sent a letter to John F. Kelly, the Secretary of the Department of Homeland Security. They requested that the DHS “recognize that immigrant survivors deserve access to safety and justice.” They requested that DHS meet with stakeholder organizations “to discuss ways to ensure that ICE policies and procedures do not deter survivors of domestic and sexual violence from accessing critical protections.”

Previously, Kelly had stated that his department would, “Apprehend immigrant victims of crime at courthouses.”

That assertion is in conflict with special considerations that were set up to give immigrant victims of domestic violence protection under the VAWA and the Trafficking Victims Protection Reauthorization Act (TVPA).

To make matters worse, there is ongoing confusion among ICE agents, victims, and support organizations on what the current ICE protocols actually are.

Example: A woman has lived in the United States for ten years. Her partner is documented, and her children are American-born. If she considers seeking services or pressing charges, her abuser can use the threat of deportation as a tactic to keep her compliant. In addition, he can intimidate her with the potential loss of her children’s custody.

Meanwhile, the offender sees no consequences for his behavior, and is likely to repeat violent crimes against others.

In Houston and Los Angeles, there has been a drop in the number of rapes reported to the police by Hispanic women. Los Angeles Police Chief Charlie Beck recounted in a news release that rape stats had dropped by 25 percent, and domestic violence stats were down by 10 percent. Beck pointed out, “The Department believes deportation fears may be preventing Hispanic members of the community from reporting when they are victimized.”

I reached out to Grace Huang, the Policy Director at the Asian Pacific Institute on Gender-Based Violence.

Huang worked as an immigration lawyer. Through her experiences, she witnessed clients struggling to get their papers, while trying to extricate themselves from abusive relationships. She connected the dots.

“The fear of deportation is one of the primary barriers preventing immigrant survivors from seeking help. Perpetrators often exploit this fear as a tool of control to keep victims silent. Recent DHS enforcement activities and statements that victims and witnesses are not exempt from enforcement bolsters abusers’ threats. This undermines safety not only for immigrant victims, but also for our entire community.”

The Tahirih Justice Center works specifically to “protect immigrant women and girls in the United States.” Beyond offering legal and social services, they understand that policy and litigation are key to promoting legislation that will codify protections for immigrant girls and women. They have offices in the San Francisco Bay area, Houston, Greater D.C., and Baltimore, and can give referrals for help in other locations.

This month, and moving forward, there must be vocal outrage and support for those women who are blocked from legal remedies due to fear of detainment and deportation.

These women are the most vulnerable among us.

The choice cannot be between arrest or abuse. Suffering violence is not an option.