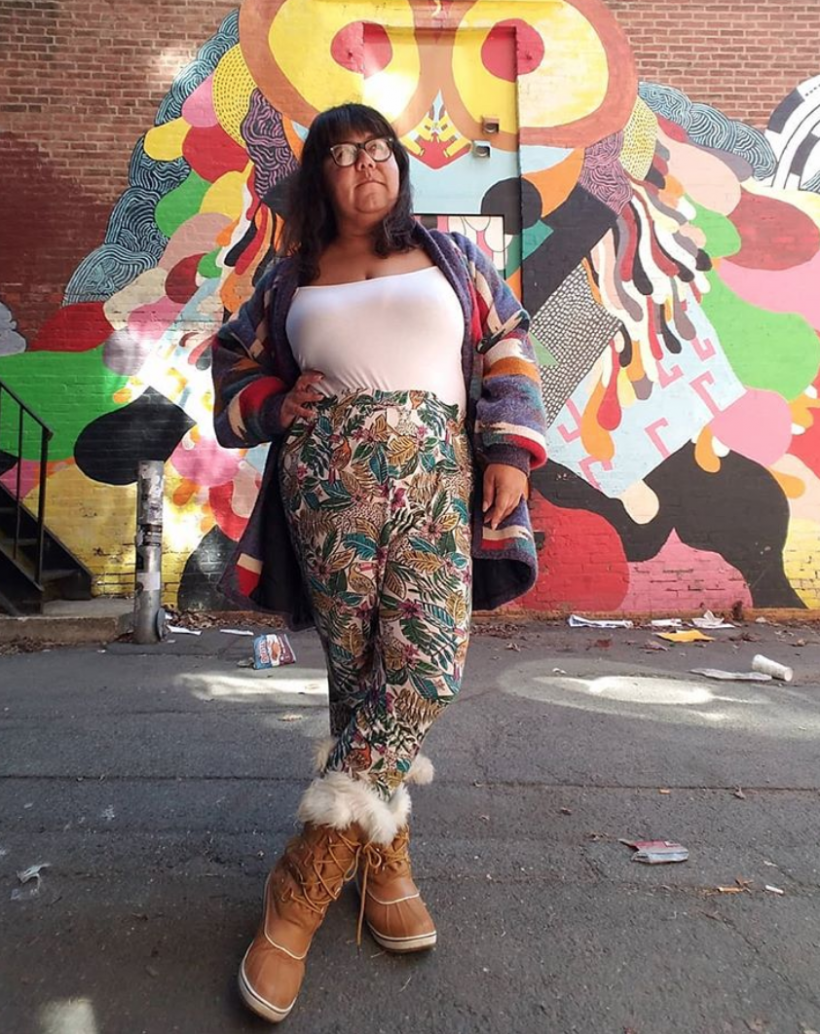 Recently I was talking to a fat woman who had begun sharing the names, photos and details of her hook-ups with her thin friends. They quickly found that they had many lovers and dates in common. Some of the thin women she spoke to were having significantly different experiences than she was. They talked about the sexual acts and dating behaviors that they each experienced and found that there were many things these dates would or wouldn’t do based on body size. I asked her to co-write this essay with me, but I think she got too busy.

I thought about what motivated this kind of differential treatment (bigotry, dehumanization, often misogyny) and what mechanisms were in place to maintain it (hierarchy, competition, privilege and its cousin, fear). I wondered about the public/private nature of how we’re encouraged to interact with certain bodies — how desiring fat people is encouraged to be a private act (so as to maintain social hierarchy and control) and desiring thin people is encouraged to be a public act (see analysis in previous parentheses).

I was reminded of a similar conversation I’d had with a fat friend a few years ago. We were sitting at this little café in Oakland eating saucy sandwiches. She’s poly and queer, and was telling me about a recent experience that surprised her. She and her friend had been dating the same person for a while, and one day they started to talk about their experiences with this person. When she began to tell her close friend (a thin woman) about their mutual lover they began to become mutually enraged at the difference in their stories. The thin friend was receiving “special” treatment that my fat friend simply wasn’t getting.

You Might Also Like: Take The Cake: No, I Won't Cut You A Smaller Slice Of Cake

Through talking about their mutual lover, they broke the rules of female competition and silence that govern sexuality in our culture (Strategy # 1). Rather than the thin friend taking pride in the different treatment, they talked about how this was wrong, how this was hurting both of them, and how to hold this person accountable (Strategy # 2). The thin friend took the lead on the accountability process. I was totally amazed and moved by this loving, thoughtful reaction. The two of them began to informally accumulate a kind of “Bad Date List,” a strategy that sex workers have used for a long time to warn other sex workers about people to stay away from. (Strategy #3)

I’m no stranger to the fat/thin romance double standard. On occasion, I’ve had a terrible internet exchange with someone (usually someone I rejected) who has told me that I don’t get to have expectations — of anything from receiving oral sex to expecting more than intercourse — because those things are reserved for thin women. At times they’ve gone even further and said that these things were reserved for white women, too.

People who mathematically quantify what sex and romantic acts they will do based on someone’s size/race/gender expression are, like, strange, scared, emotional infants, but also they’re bigots and they are wrong (in the moral sense and the factual sense). However, I know that some people believe and exercise this garbage. Our culture incentivizes this kind of thinking.

People who strive for thin privilege and/or who have unresolved fatphobia may imagine that their partner would “never” sleep with a fat person. This dynamic also happens among straight, white and cisgender people – imagining that they/we hold a sacred status in our culture that would be violated if our partner elected to sleep with someone more marginalized than us and taking a skewed sense of pride from the presumption that this means they never would. History – and all evidence of human sexual behavior ever — indicate that nothing is farther from the truth.

People are attracted to all kinds of people. People lie to the people they love about what they desire. People live closeted lives in order to maintain the privilege of “normalcy” or out of fear. People experiment sexually with people of all genders, body sizes, races, ages, and abilities. People’s sexuality cannot actually be governed by rules of social propriety or hierarchy. Amen.

In our culture, the desire for love is weaponized among women/femmes through diet culture, female competition, and other social mechanisms. This creates an incentive to perpetuate a race-to-the-bottom mentality of scarcity. These gross dynamics are imprinted on sexual acts and on bodies, affecting how we experience and imagine sexual and romantic worthiness.

Acts of solidarity are possible. They are important. They happen all the time — though often less frequently in the realm of romance, unfortunately. When we refuse to see “special treatment” as love and recognize it as the hammer that keeps us in our place, we become more powerful (not less). When we refuse to take safety in hierarchy and instead see it as a lose-lose situation, we take power away from oppressive systems that don’t care about us — and invest it in ourselves and the people around us, thereby multiplying its potential for meaning, connection and real love.

If you like this article, please share it! Your clicks keep us alive!
Tags
take the cake
fat positivity
body positivity
Virgie Tovar