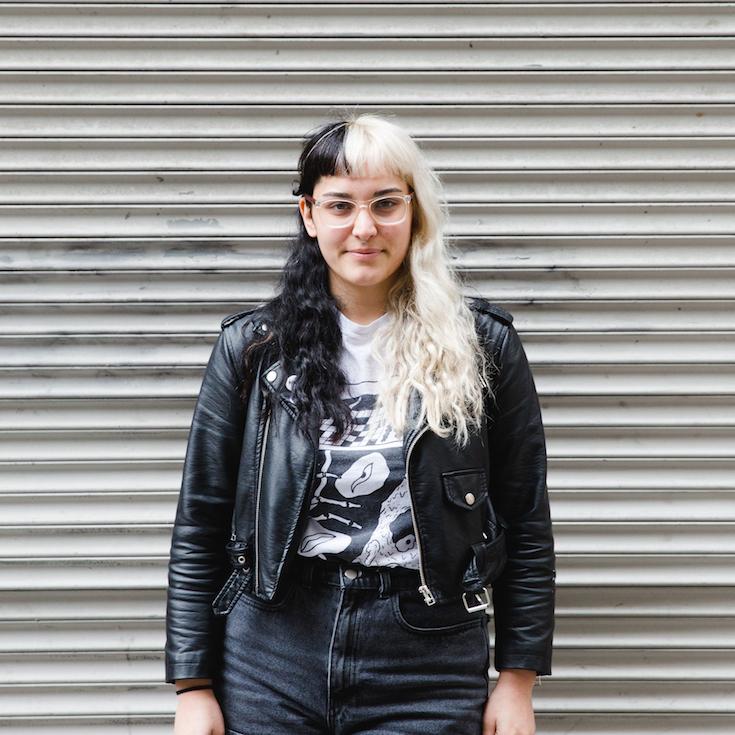 What are you up to today?
Returning and buying some things.

Clothing shopping?
Well that, and gotta return and get some other books. I read a lot of comics.

Who are your favorite comic artists at the moment?
Well Gabby Schulz is my favorite — forever and always.

What do you like about his work?
He's an old punk with a lot of political values and feminist ideals, and is bummed out about a lot of life, which I can relate to! [laughs]

What kinds of things does he typically write about?
What he's doing diary comics right now. So, they're, like, short four-piece panels of what he did that day. [They're] kind of like Snake Pit, if you've ever seen that, but more visually well-done.

What's your occupation?
I work in management for a customer service headquarters — it's . . . something. [laughs]

What are your favorite things to do?
I draw a little bit, but mostly I go to shows. I go to a lot of shows.

What are your favorite kinds of shows to see?
Mostly pop-punk, post-punk, black metal, sludge, shoegaze.

Have you seen any good shows lately?
Yeah I just went to a show — I saw Cloakroom, Tony Molina, and Nothing a couple of days ago at the Metro in Oakland. One band was sort of post-punk rock, one was kind of shoegaze, and one definitely a shoegaze band.

What are some of your favorite places to hang out in the Bay Area?
Well I live in Oakland, so mostly there! [laughs] I live right next to Geo Kayes, so I go there a bunch.

Ah OK, so local bars?
Yeah, whatever's right around the corner! [laughs] I also live next to The Avenue which is kind of tight. Booze is my jam. [laughs]

If you were to give someone a local tour of the area where would you go?
Again, probably not in San Francisco — I would probably go walking around Lake Merritt. I guess if my mom were here, I'd be like, Mom you want to do that? [laughs] And there's that old movie theater over there. Something like that. 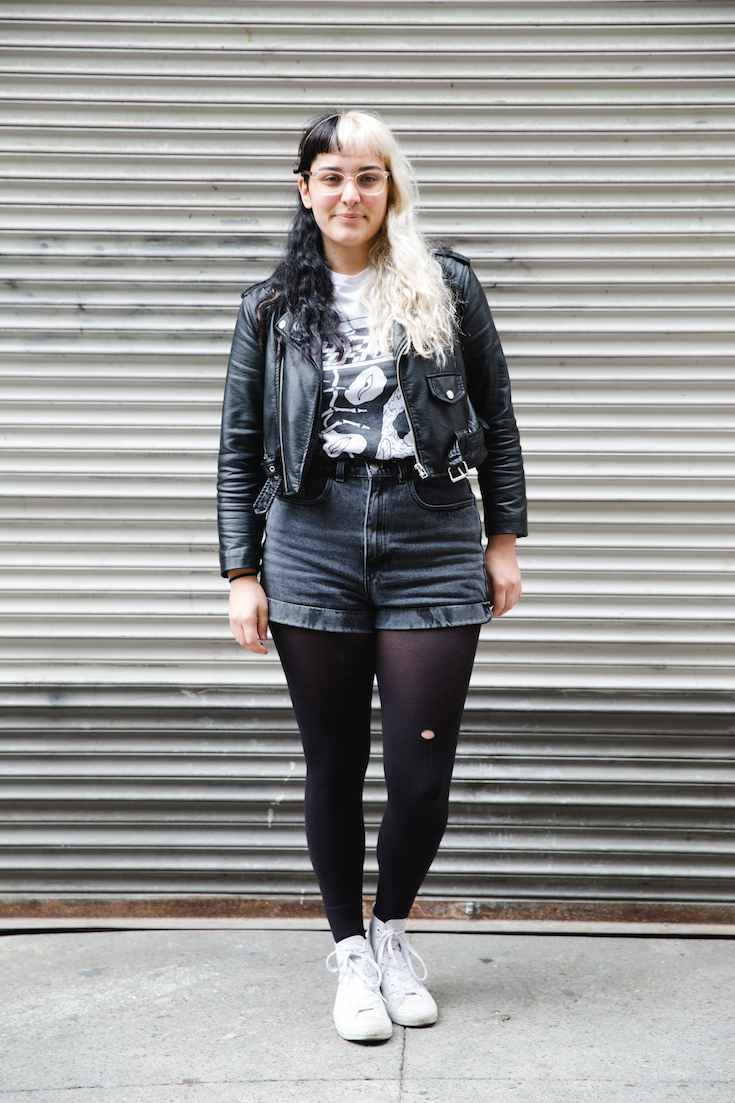 What's a recent challenge you've overcome?
Moving back here — I moved to Portland for a little while, and then came back. It was a hard decision, but the Bay Area seems to work out well! I don't know why. Lots of opportunities.

How long were you in Portland for?
[laughs] Like an extended vacation! Like three-and-a-half months. That city is beautiful though!

Did you miss the Bay Area?
No, just a bunch of things didn't work out. My cat got sick, and there's a huge flea problem in Portland. Fleas just run rampant in the Pacific Northwest. It's crazy.

No way, that's nuts!
Yeah, and I just kept having to move because of it. I got laid off from my job, and I was like, You know what? I'm just going to put my résumé out there, everywhere, and then got a job here. And I was like, ah well, guess I'm coming back!

What drew you to Portland? Did you grow up here in the Bay Area?
No. I came from LA for school, and then finished that. Now I'm working. Portland was just — I don't know. I was getting a little sick of the Bay Area and I was ready for a change. So I was like, I like Portland! But . . . didn't work out. Oh well. Things are working out better over here though.

Glad it's working out! I also wanted to ask you about your personal style!
Basically I'm all black and white today! [laughs]

Is the shirt from a comic or something?
It's from a guy who — I think he lives on the East Coast — mostly does zines. His name is Otto Splotch, and I like his artwork a lot. It's very strange. He doesn't do people, it's always like animals as people. He's got a whole series of that. It's pretty rad. I like a lot of his artwork.

What inspired your hair?
I don't know — I had all-green hair, and then I wanted half black, so I did half black, half green for a while. Then I was like, Nope, just going to go all the way out there. And then, I didn't even think about it, but I get called Cruella De Vil all the time! Which is like, ah, whatever, I don't really care.

Do you get it done?
Ah yeah, I couldn't. I did the green myself and it was kind of a mess so I've just been hopping around to different places. Now I mostly go to Orange on Guerrero.

Is the kitty pin on your jacket a band?
Oh yeah, that's Beyond Pink, I saw them in Copenhagen like two years ago. And this other pin is Replica. I don't know if they're still together, but they were a hardcore band from Oakland.