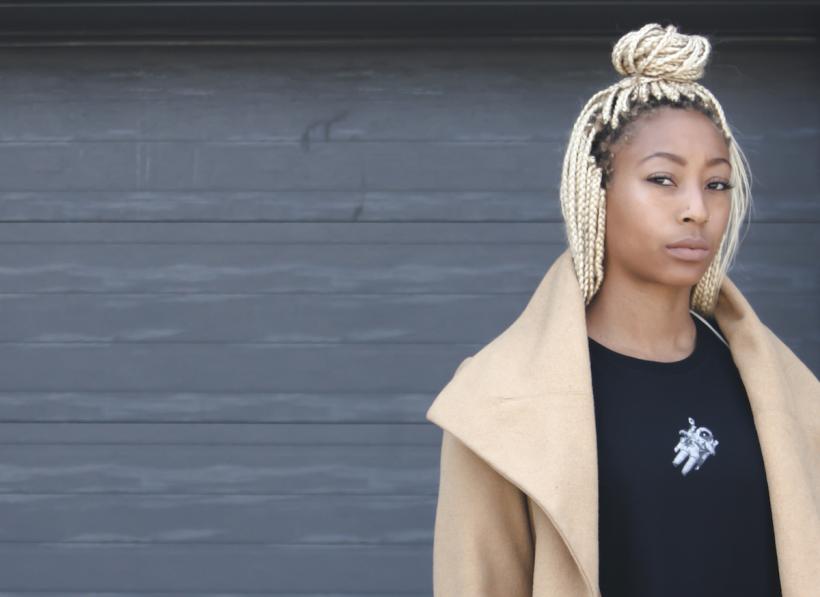 Photo by Force Majeure on Unsplash

My first job out of high school taught me a lesson that I will never forget: what it feels like to be a Black woman dealing with the highly problematic and all-too pervasive combination of institutional, systemic and structural racism with gender discrimination and bias in America today.

Before that, my parents worked hard to shield me from the damaging effects of racial discrimination. They wanted my childhood to be as innocent and carefree as possible.

I worked at a popular breakfast restaurant in a predominantly white neighborhood. In the beginning, the mostly-white staff was pleasant and friendly. But that quickly changed as I became a favorite among the regular customers.

Eventually, I was the most requested server, raking in the most tips. The staff’s attitudes started to shift towards me — condescendingly talking down to me, interrupting me when I spoke and even sabotaging my orders.

It was their way of putting me back in my proverbial place.

When I finally decided to express my grievances with management, instead of investigating my complaints, management accused me of being “hard to work with” and suggested that I work on my changing my “confrontational attitude.”

I needed the job, so decided to keep any further complaints to myself.

The harassment didn’t stop, becoming even less subtle. With his refusal to do anything about it, my manager granted permission for it to continue — until one day, when a fellow server took my customer’s plate of chicken to give it to hers.

She claimed my Black customer could wait longer because, “it wasn’t as if she hadn’t had fried chicken earlier today.”

At that point, I’d had enough.

I immediately took the issue to my manager who, again, refused to do anything to help.

That was my last day at that job.

Later that evening, as I replayed the incident in my mind, I searched for the reason I allowed them to treat me in such demeaning ways for so long. Why had I continued to capitulate what I wanted or needed to make others feel more comfortable?

Then I recalled witnessing firsthand the ways my mother had to shift her mood to suit the situation.

There were times she held back and even changed her opinions when she was with her boss or colleagues, for fear of retaliation.

What I failed to realize, at first, was that my knee-jerk reaction to always conform was rooted in witnessing years of double standards inflicted on Black women.

It was how my own mother managed to survive in that world — one where racial discrimination in the workplace is just considered “normal”.

Whether in politics, the media, sports, or at work, women of any race face double standards and excessive scrutiny every day.

But navigating the social dynamics of race and gender, Black girls and women face far more of this type of discrimination than both white men and women. Typically shrouded in coded language, Black women are routinely unfairly judged in the workplace.

According to research conducted by the National Bureau of Economic Research, Black workers are held to a higher standard than white workers, ensuring a shorter employment duration among Blacks.

The paper explains this further:

"While white workers are hired and retained indefinitely without monitoring, Black workers are monitored and fired if a negative signal is received. The fired workers, who return to the pool of job-seekers, lower the average productivity of Black job-seekers, perpetuating the cycle of lower wages and discriminatory monitoring.

These discriminatory behaviors can include excessive monitoring, disparaging their performance or abilities, offering patronizing assistance, withholding key information or assigning menial tasks. As a result of these racialized discriminatory practices, Black employees are deemed undesirable."

When Black people are hired, they’re paid less — particularly Black women, because their discrimination is compounded by gendered expectations.

According to the National Women's Law Center, the standard pay gap between genders (where women are paid 80 cents to every dollar a man makes) widens when looking at Black women's earnings.

"[T]he wage gap is even larger when looking specifically at Black women who work full time, year round—they are paid only 63 cents for every dollar paid to white, non-Hispanic men. This gap, which amounts to a loss of $21,001 a year, means that Black women have to work more than 19 months—until the very last day of July—to make as much as white, non-Hispanic men did in the previous 12-month calendar year."

And according to a survey from Women in the Workplace, women of color are more likely to face everyday discrimination and less likely to receive support from their managers.

These are far-reaching trends, and in my own life, observing the multiple ways Black women are overlooked and discriminated against had such a profound impact on me.

Like many other Black women, I experienced depression and became terrified to advocate for myself.

The discriminatory scrutiny of Black women doesn’t stop at the workplace. Black women are also subjected to a litany of negative critiques about our appearance that white women simply do not face.

For example, Black women are losing their jobs because they’re wearing traditionally Black hairstyles like dreadlocks.

Chastity Jones, A Black woman from Alabama, had a job offer to work at a call center revoked when she refused to cut her dreadlocks.

A report by Vox explains the story:

"During the interview, Jones wore her hair in short, natural locs and was dressed in a business suit and pumps. An HR manager later told Jones that dreadlocks violated the company’s grooming policy because they 'tend to get messy.' She told Jones she couldn’t wear her hair that way at work, and when Jones refused to cut her locs, the job offer was rescinded."

A discrimination lawsuit filed by the US Equal Employment Opportunity Commission (EEOC) explains the core issues of the case:

“Black women who wish to succeed in the workplace feel compelled to undertake costly, time-consuming, and harsh measures to conform their natural hair to a stereotyped look of professionalism that mimics the appearance of White women’s hair."

Last year, tennis star Serena Williams was issued a penalty for throwing her racket down and cited for ‘verbal abuse’ and fined $17,000 when she demanded an apology from an empire that accused her of receiving special coaching from the sidelines.

The frustration Williams felt that day is not different than many other players in that situation. However, unlike her male counterparts, Williams wasn’t allowed to outwardly express it.

This is just one example of how there are two sets of unspoken rules that keep black girls and women at a perpetual disadvantage.

There are plenty of examples of white male tennis players who’ve had far worse reactions with little-to-no consequences.

And in 2010, Andy Roddick was heard repeatedly ridiculing and swearing at a lineswoman who penalized him. He wasn’t fined at all.

Black women are held to a higher standard that oftentimes doesn’t allow us to advocate for ourselves.

These discriminatory double standards can have economical, societal and emotional consequences for Black women who assert themselves or who offer different opinions from the status quo. When we speak up or demand space, the implication is that we’re being antagonistic, emotional, difficult and angry.

In my own job, despite having a great work ethic and being well-liked by customers, I was seen as the problem when I voiced my concerns to management.

I was the one who didn’t fit, not the people who were trying to harm me or discriminating against customers.

Black women consistently live at the intersection of balancing our emotions while simultaneously having to be aware of the way others perceive Black women’s emotions to be — more “volatile” or “explosive” than white women’s.

I don’t have the luxury of not caring what others think about me. Most Black women don’t.

Our demands to be heard, to be accurately represented, and to be treated with dignity and respect are met with the implication that we’re angry.

Yes, I was angry that my co-workers repeatedly disrespected and sabotaged me, but that anger wasn’t irrational.

I had the right to be.

It’s not surprising that one study says the rates of depression are 50 percent higher for African American women.

The higher rates of depression in Black women and the double standards and oppression we navigate every day are not a coincidence in my own life, either. Today, I’m increasingly full of anxiety, suffer from insomnia and depression.

Racial discrimination and racialized sexism are still an everyday challenge.

They are pervasive and are not going anywhere, anytime soon.

We witnessed it during the Stacey Abrams’ gubernatorial campaign in 2018. And sadly, it can be safely assumed that it will plague Kamala Harris’ upcoming presidential campaign as well.

I’ve been incredibly lucky to find my passion in writing, however, being a Black writer comes with its fair share of double standards.

From Mary Ann Shadd, the first Black woman to publish a newspaper, and pioneering journalist Ida B. Wells, to White House correspondent April Ryan, journalism is an industry where Black women continue to be underrepresented, yet often targeted when demanding space.

The tumultuous relationship between the press and the Trump administration is no secret, but the President has repeatedly insulted and degraded Black women journalists.

Despite the disrespectful manner in which the President speaks to multiple Black journalists, the racial and gender hurdles that Black women journalists face didn’t start under the Trump administration. And I’m certain they won’t simply disappear when he leaves office.

Despite the many struggles I continue to encounter, I have unmitigated pride in being a strong Black woman.

And I will no longer allow my dignity to be shoved aside in order to make others more comfortable.

If you like this article, please share it! Your clicks keep us alive!
Tags
black women
systemic racism
gender discrimination
Depression
racism
black