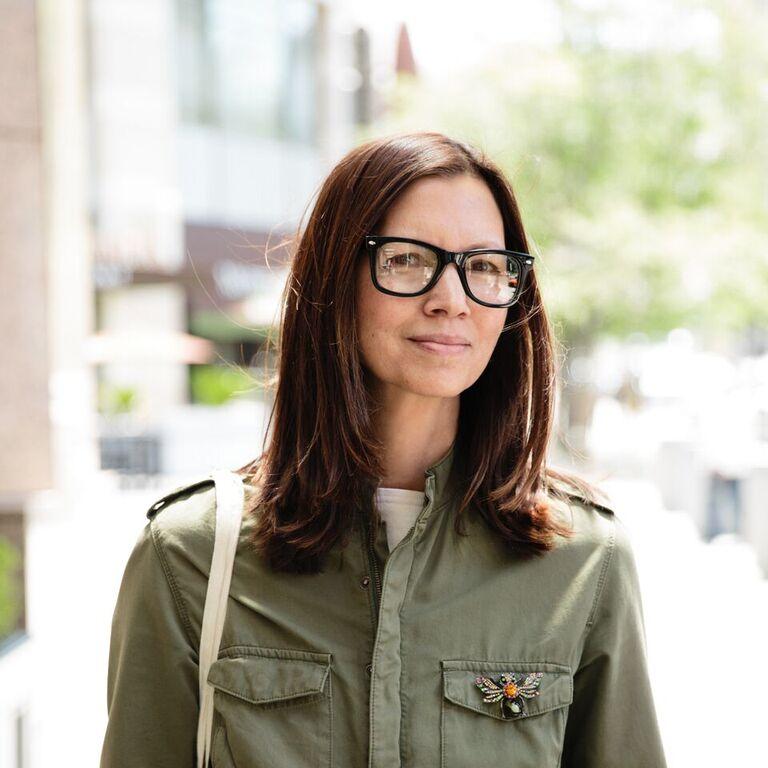 Love that store.
It's great — a lot of people do. There's nothing else down here either, that's probably why! [laughs]

How did you get involved in visual merchandising?
Well, that was something that I was given progressively — having a knack for interior design, that's something I've always loved. So that's one of the strong points of the brand MUJI — it's all about aesthetics and order and just how you see things when you walk in the stores.

What kinds of things are you focusing on when you're creating the overall look?
Well, first and foremost is, how would I like to see it when I walk in the store: certain things, how they come together by association of certain items, and color. Color arrangement has to fit a certain frame as far as size is concerned.

What's something that has caught your interest lately?
There was actually a Keith Haring exhibition that was in San Francisco — at the De Young. I didn't see that exhibition, but I saw it in Paris. I actually lived there for many years and [visited] last year. I think they had the equivalent of the one they had out here. So it was really wonderful to see something like that.

So you were living in Paris for a while — what where you doing there?
I went there for work — I was actually modeling. I was in Japan for a year and a half, and then after that the next point strategically was Paris, so I stayed there for over 20 years.

What was your favorite thing about the job?
The partying! I'm just kidding! [laughs] There was actually so much going on — you meet so many really interesting people. And just being around beautiful objects, and traveling extensively, that was really fantastic.

From the places that you've traveled, what are your favorites?
I think one of the favorite places I went to was New Caledonia. I don't think I would have otherwise have gone there and it was just absolutely breathtaking. The Seychelles is also great, and the Maldives. I think those are some of my favorites!

What did you like about New Caledonia — just in terms of the general feel?
It's actually a French territory, but it's just so beautiful. You'd think all islands would be the same, but they aren't. They're very different as far as the vegetation, the water, the color of the sand, and the food. I love that, and it's something that I miss. I'm not traveling as much as I did.

What's a recent challenge that you've overcome?
Accepting that my father had a minor stroke and a surgery for a valve replacement. That's something that I've really become aware of. Not only with him but everywhere, with everybody — how stroke awareness is something that's absolutely essential to everybody, and how life-changing it can be if you don't take those precautions. Also, just going through the modifications of what it means to his life and ours as a family. Adjusting from being with somebody who was extremely active and independent [to someone] who now can't drive. His mind is intact, but you take that one element away, which does not sound like very much, but it changes a person's life. It's really unfortunate to have that now, where he has to be driven everywhere and I know, for him too, it's challenging. 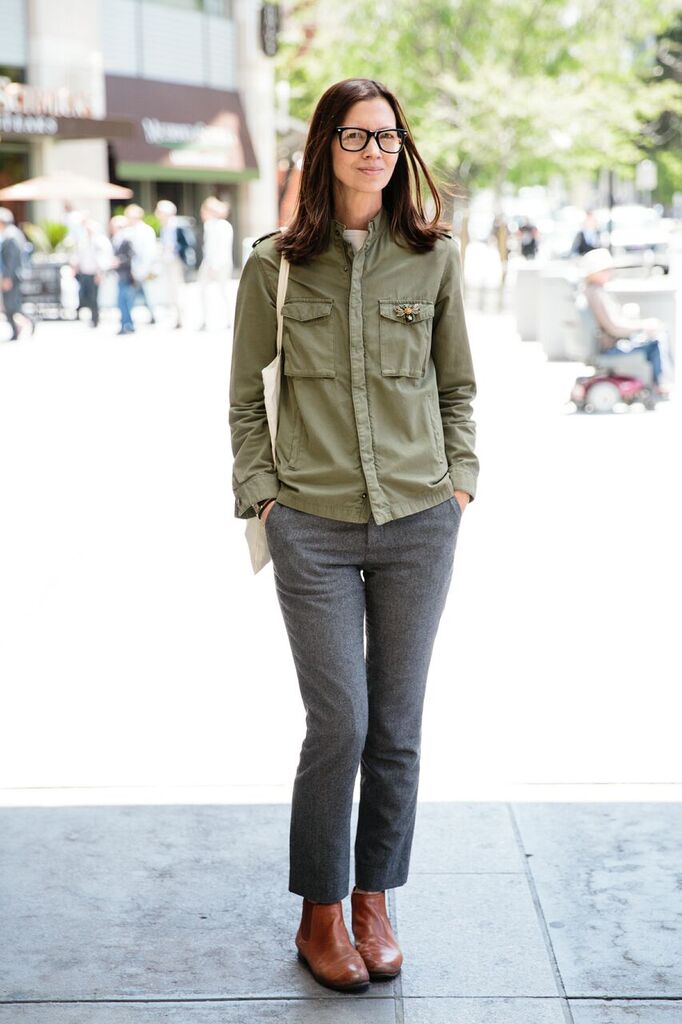 If you could give any advice after seeing how this has affected your father, what would it be?
Nutrition and exercise are very important. I think in California we do have that culture where everyone is kind of conscious about their well-being, but do not take that for granted. I know people think, "Oh it can help somebody else, but not me," but that's not true. I think it's important to realize that.

What are some other things you've found that have helped?
Just being more supportive, and finding things that will benefit him. Like suggesting classes — there's iPad classes for seniors, going to the gym, even if it's just a couple of hours a week — things like that. And then he feels and sees the benefit.

What are some of your favorite places to hang out in the area?
Down here there's Stritch. It's a great place — it's a jazz club and bar, just down 1st Street. There's also San Pedro Square, that's kind of like a miniature version of the Ferry Building in San Francisco, if I daresay. It's got different food stands and vendors, craft beers, things like that — it's got a really nice vibe to it.

Oh I also wanted to ask you about your personal style. I like what you're wearing today!
These pants are actually H&M Men's, because I, uh . . . [laughs] I don't know! I feel like I'm built like a man from the waist down — without, you know, the genitals! [laughs] They seem to fit more comfortably, so I just had them shortened. I like something about short pants. When I lived in France there was an artist named Jean-Paul Goude (he's a very famous photographer and did a lot of campaigns over there). And his typical style, his uniform, [were] these loafers and beige chinos, and they were high. I mean, shorter than these. And he was asked, "Why do you wear them like that?" And he said, "People will look at it and they'll say, 'oh my gosh just think of how good he'd look if his pants were longer.' So that always leaves room for improvement, right?" [laughs] That's not why I do it, it's just something funny. I don't know, I just feel comfortable — I can feel the wind around my ankles and it's nice. It's a little late in the year for tweed, but I like them. They're my favorite pants right now.

The boots are nice too.
They're Frye boots. I found them two years ago and I have not seen them since. Yeah, they're super comfy.

I like the jacket as well!
The jacket is actually Zara. It came with the pin actually! Kind of neat, huh? [looks at the jeweled insect pin on the front pocket]

It doesn't seem like Zara since they're so minimal. Seems kind of quirky for them.
Right? Yeah, so this is my uniform.