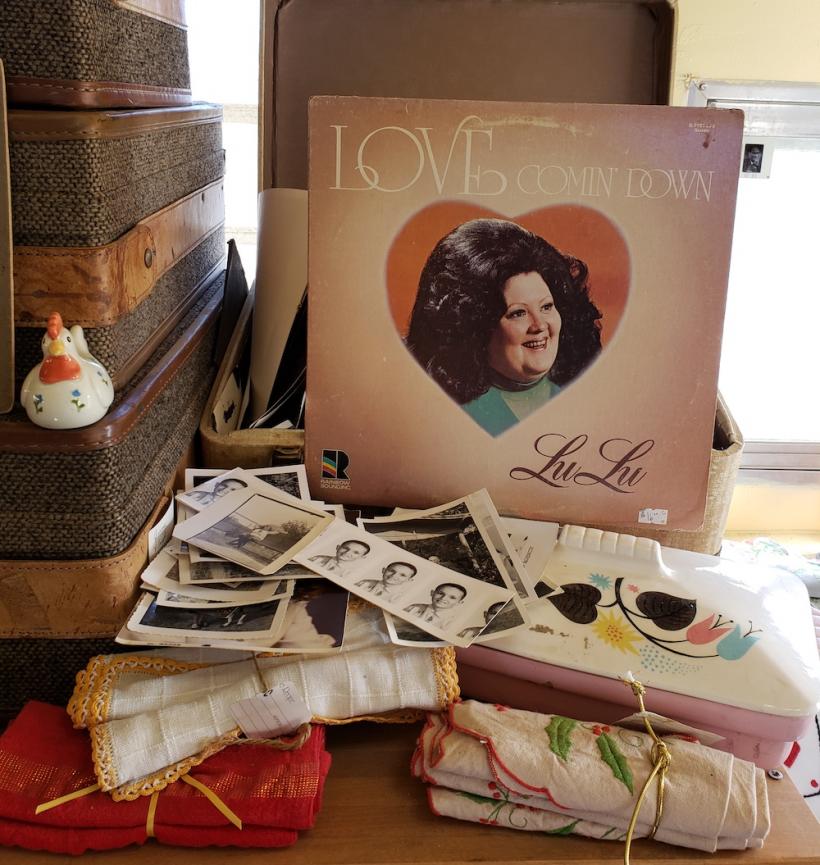 I’ve been a fan girl for plus size pop culture icons since I became a fat activist — Notorious B.I.G., Mama Cass, Jill Scott, Kathy Najimi circa Soap Dish, Missy Elliott, John Candy, Ricki Lake in Hairspray, Divine, Miss Piggy, Tootie and Natalie from "The Facts of Life". These babes fascinate me. More than diving deep into their wikipedia or IMDB pages, I think of them as mythic and full of secrets they never would have shared publicly. I imagine that I know a little about their lives because I think at this point it’s safe to say that most fat people share certain experiences, milestones (or lack thereof), and emotions.

It’s hard to be fat in this culture (period), but it feels alchemical to me to watch these stars rise to the top — highly visible, on screens all over the world, navigating the entertainment industry and also regular everyday boring ol’ fatphobia as well. I know many of them aren’t or weren’t wild about being in a big body, but seeing them dance, sing and act still moves me and makes me feel invested in them in a special way.

I’ve always got my eye out for a new chubster crush, and this week I found a true gem — LuLu Roman. You know I’ve gotta tell you the whole story!

I arrived at the John Wayne Airport in Santa Ana, California at 10:41pm on Christmas Eve. After just missing the rental car shuttle, it started to rain. And that’s when I checked their google listing and realized that if I didn’t make it to the rental agency by 11pm I would be left without a way to get to the place where I was staying — 123 miles from this unfortunately-named airport. I flagged a cab and managed to arrive three minutes before Thrifty closed their doors. I got upsold on the insurance like I always do and walked to my chariot — a silver Nissan Sentra with Oregon plates.

After a quick stop at Valero to pick up puffy cheetos, an enormous hermetically sealed blueberry muffin and some bubbly water I began the nearly two-hour drive to Joshua Tree, where I was spending the week. Joshua Tree is a village and a national park. Because of the government shutdown no one was there to collect the $30 fee for entering the park and I went more than I even really wanted to (the thousands of miles around Joshua Tree National Park are also stunning and free to visit) because I literally can’t pass up a bargain like that. My grandmother didn’t immigrate to America so I could throw money away.

Joshua Tree holds all the quiet beauty of the desert.

Joshua trees are part of the yucca family — a flowering succulent — with a shape that some believed resembles a person with their arms stretched up to the sky. One hundred fifty years ago Mormon settlers were crossing the Mojave Desert, and these succulents reminded them of a biblical story in which Joshua reaches his hands up to the sky in prayer. They only grow in this region and among them you can see muscle-legged light brown rabbits, cacti and grasses of every variety and texture - some like little rubbery tentacles and others razor sharp. In the park you can go to the Cholla Cactus Garden, full of jumping cholla which shoot their spines at nearby critters, including humans. It’s believed that this trait is adaptive and helps the plant spread far afield with a little bit of rich fertilizer to start — a bit of the skin of whoever got too close.

Clustered around the western entrance of the park are coffee shops, vintage stores and places where you can procure freshly smoked ribs or biscuits with gravy. It was on this little strip that LuLu came into my life.

I saw her chubby face right away — on a record titled “Love Comin Down.” It was in a little trailer behind a vintage shop (not in a shady way). I spotted the record and was immediately arrested by 1. Her impressively voluminous hair, 2. Cute chins, 3. The fact that a fat lady was on a record at all, 4. The allusion to love, a fraught topic for every fat person I've ever met. "What fat wisdom do you have for me, LuLu?" I asked. I lovingly picked up the record, turned it over and saw that she had signed it! Loopy lettering, the Ls looked like little balloons on a string. There's a kind of artist statement, and a dedication — to Jesus. I immediately started postulating on this, internally imagining what it might be like to talk to LuLu, wondering if perhaps, maybe this album was really very much not about Jesus, but that His Holiness provided an appropriate container for fat babe angst and/or an appropriate public love object for a fat girl in 1976, when this album was released.

I tried to find the album on YouTube to hear what she sounded like. No success, but I knew that she'd likely have that deep, rich, rounded tonal quality that every fat singer I've ever heard has — and that soulfulness that outsiders always seem to have. I remember once an opera singer explained to me that it was physics — so many opera singers are fat because our bodies create a perfect chamber for that dramatic richness characteristic of opera.

I brought the record back to my place, and my guess was immediately confirmed.

Her voice is beautiful and full, and she held notes with a glorious vibrato. I listened to the record over and over trying to hear some of her secrets, while I made tea and then eggs and then watched the sunset over the mountains. I imagined what LuLu’s closet looked like in 1976 (amazing with lots of fur-trimmed things), her favorite lipstick color (magenta), her romantic interests (varied, but she liked someone with swagger), what perfume she might have liked (maybe something floral, and she liked a lot of it).

I did look her up for this article and found out that she’s now in her 70s and is still doing comedy (she was on Hee Haw in the 60s and 70s in addition to belting out amazing hymns). Her hair isn’t as big, nor is her body, but to me she’ll always be a cutie with a voice of gold who made my heart flutter one time in the Mojave Desert.